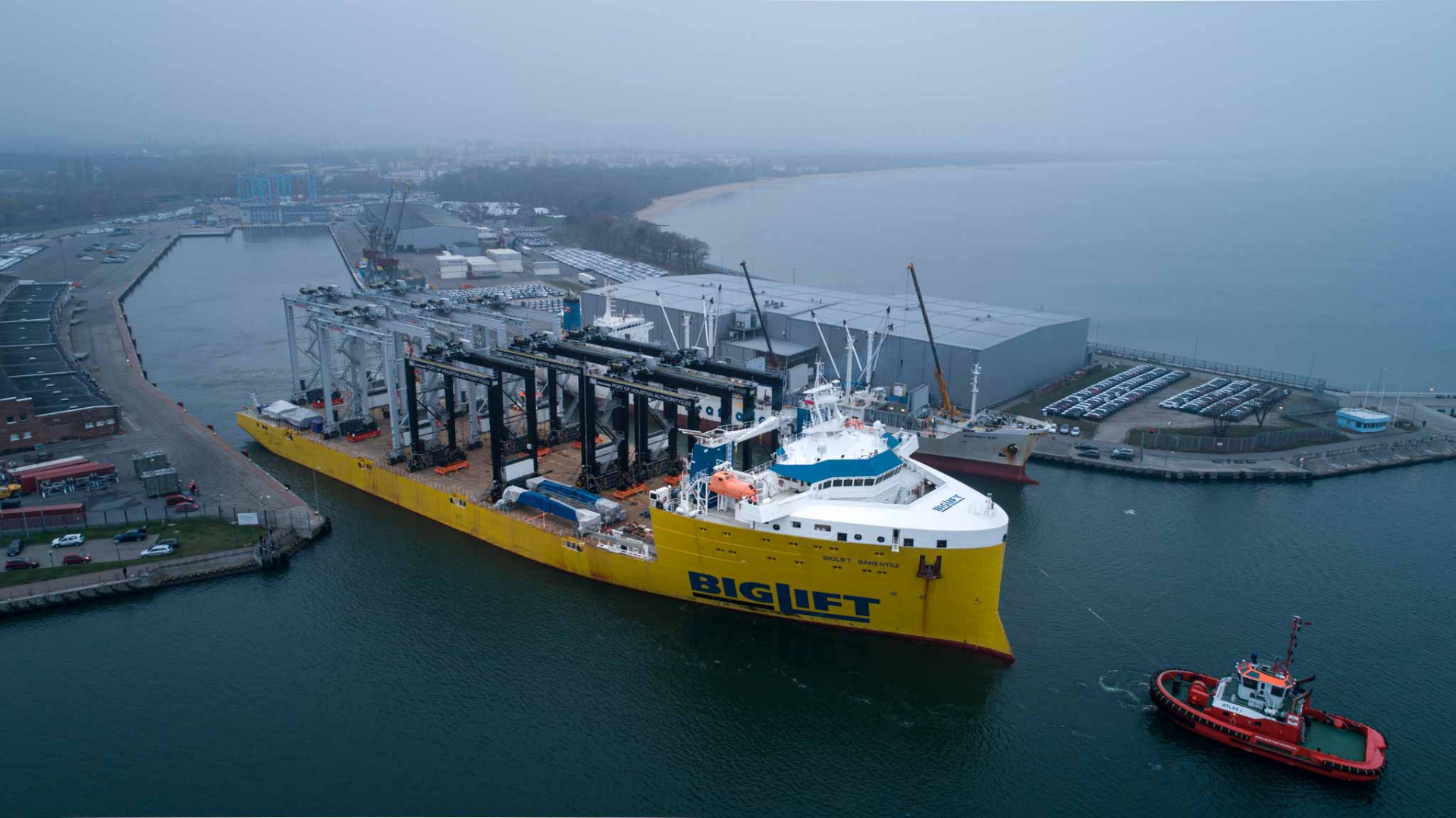 Shipyards
The largest loading of cranes in the history of El Professional (photo, video)

As many as ten powerful RTG cranes intended for American terminals were loaded at the WOC II wharf in the Gdańsk port. To carry out the operation, it was necessary to use an unusual modular transport vessel with the possibility of submerging the deck. This is the largest shipment of cranes in the history of the "PUH El Professional Mariusz Maszota" company.

The 4-day loading was completed on November 26. As Daniel Lewkowicz, works manager at "El Professional" told us: "In order to complete this non-standard shipment, it was necessary to use a different type of ship than usual. Additionally, we had to eliminate a large difference in the height of the ship's deck and the quay, therefore a barge-pontoon was necessary".

Each of the cranes first entered the UE-5 barge supplied by the Trend Project via the loading ramps. The barge then had to be ballasted and raised to the height of the deck of the transporter "BigLift Barentsz". The gantry cranes then traveled to the ship's deck after specially prepared raids.

The next step in the operation belonged to Konecranes operators, who placed the cranes in strictly defined positions on the ship's deck. Then, El Professional employees secured the cargo and packed items that could have been damaged while traveling across the ocean.

The cranes were loaded in three sequences: 3 pcs + 4 pcs + 3 pcs. As Daniel Lewkowicz admits: "This is the largest shipment when it comes to the number of cranes on one ship that El Professional has carried out. So far, shipments have not exceeded 5 items. on board".

The gantry cranes are designed for two terminals in the US: Savannah and Houston. They will take part in typical reloading works of 20 and 40-foot sea containers. At the moment, El Professional has assembled about 140 RTG cranes and over 20 Straddle Carriers for Konecranes Finland, of which a significant part (over 70%) was made at the WOC at the Port of Gdansk.

"BigLift Barentsz", 42 m wide and 173 m long, is a crane-less modular transport ship with the possibility of submerging the deck to transport the largest vessels, such as drilling rigs or other ships. The vessel was built in 2016.

Gantry with 1 OVER 5 specification

The crane has a hybrid drive: diesel generator + battery module