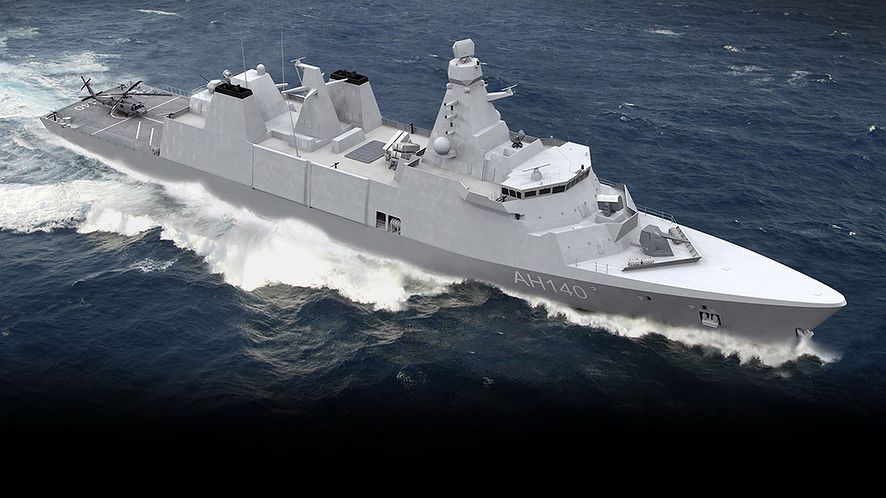 The British will be partners of the Polska Grupa Zbrojeniowa (PGZ) in the construction of three Miecznik frigates, the Ministry of Defense said on Friday.

"The British will be PGZ's partners in the construction of multi-role frigates in the Miecznik program. PGZ today concluded relevant agreements on strategic cooperation. This is an important stage for the modernization of the Polish Navy - said the ministry on Twitter.

According to PGZ, as a result of the analysis of materials provided by the PGZ-MIECZNIK Consortium in December 2021, the Polish Armed Forces made a pre-selection of preferred suppliers of platform design and combat system for new multi-role ships of the Polish Navy.

In the course of negotiations the PGZ-MIECZNIK Consortium concluded strategic cooperation agreements with first-choice suppliers - Babcock from Great Britain and Thyssenkrupp Marine Systems from Germany. At an earlier stage, the Spanish Navantia Group also participated in the proceedings.

- The agreements we have concluded so far with the key suppliers of the new frigates project for our Navy, as well as of the key components of the combat system, including the air defense, guarantee that the ships will be built in Poland, equipped and armed here and will represent the interests of our country on the seas and oceans - said Sebastian Chwałek, PGZ S.A. CEO quoted on PGZ website.

Contracts signed. What next?

The agreements regulate a number of issues concerning the conditions of cooperation between the PGZ-MIECZNIK Consortium and foreign partners. Babcock company will deliver the design of the AH140 vessel platform and a wide range of knowledge and technologies enabling the construction of those units at PGZ Stocznia Wojenna Sp. z o.o. and Remontowa Shipbuilding S.A. Thales, responsible for the area of Integrated Combat Systems (IWS) and MBDA, which will provide air defense systems, will cooperate with PGZ Shipyard Ltd. and OBR CTM S.A., which has been designated as the center of competence for these two key foreign partners for the design, construction and life cycle support of new frigates of the Polish Navy.

- I am very happy that Babcock company was selected as the supplier of the ship platform design and technological partner for Poland and our frigate Arrowhead 140 was chosen to realize Polish program Miecznik. Its adaptability and broad capabilities mean that we can tailor the project to the needs of the Polish Navy. The Arrowhead 140 frigate is driven by innovation and based on years of experience in ship design and construction, with British craftsmanship and engineering thought at its core - said David Lockwood, CEO of Babcock.

- Above all, we look forward to working with Poland as it develops and enhances its capabilities in the shipbuilding industry, creating real social and economic benefits at home. In addition to delivering a first-class frigate that will make a significant contribution to Poland's sovereign defense capabilities, this also demonstrates our significant commitment to establishing a long-term industrial partnership between the UK and Poland - he added.

- Poland is one of our oldest and closest allies with whom we continue to work together to continually strengthen our partnership to deter future threats - said Jeremy Quin.

- The Arrowhead 140 frigate will be a powerful enhancement to the Polish naval fleet, ensuring it has the best operational capability in the world for Poland's ever strengthening maritime presence, the Minister added.

According to the assumptions of the Ministry of Defense, the first ship is to be built by June 2028, the second by 2033, and the third no later than August 2034.

The Miecznik program assumes acquiring three modern frigates for the Polish Navy. Multi-purpose vessels of this class will significantly increase the capabilities of the Polish Navy and allow for the implementation of a wide range of tasks at sea, including the protection of shipping routes and critical infrastructure. Ships will increase the combat potential of the Polish Armed Forces, but also will be an important contribution of the Republic of Poland in the North Atlantic Alliance, e.g. by performing tasks as part of the NATO Standing Groups of Ships.

Most recent
Engines for new Polish ferries will be manufactured by Wärtsilä
2022-02-15
Industrial Development Agency is planning a major investment in Gdańsk. A factory of towers for offshore wind energy will be built
2022-02-18
Better and better railway tracks to the ports of Szczecin and Świnoujście
2022-02-03
New low-emission ferry from Poland already in Canada
2022-03-08
SHOW MORE
Meet innovative companies from Poland
SHOW