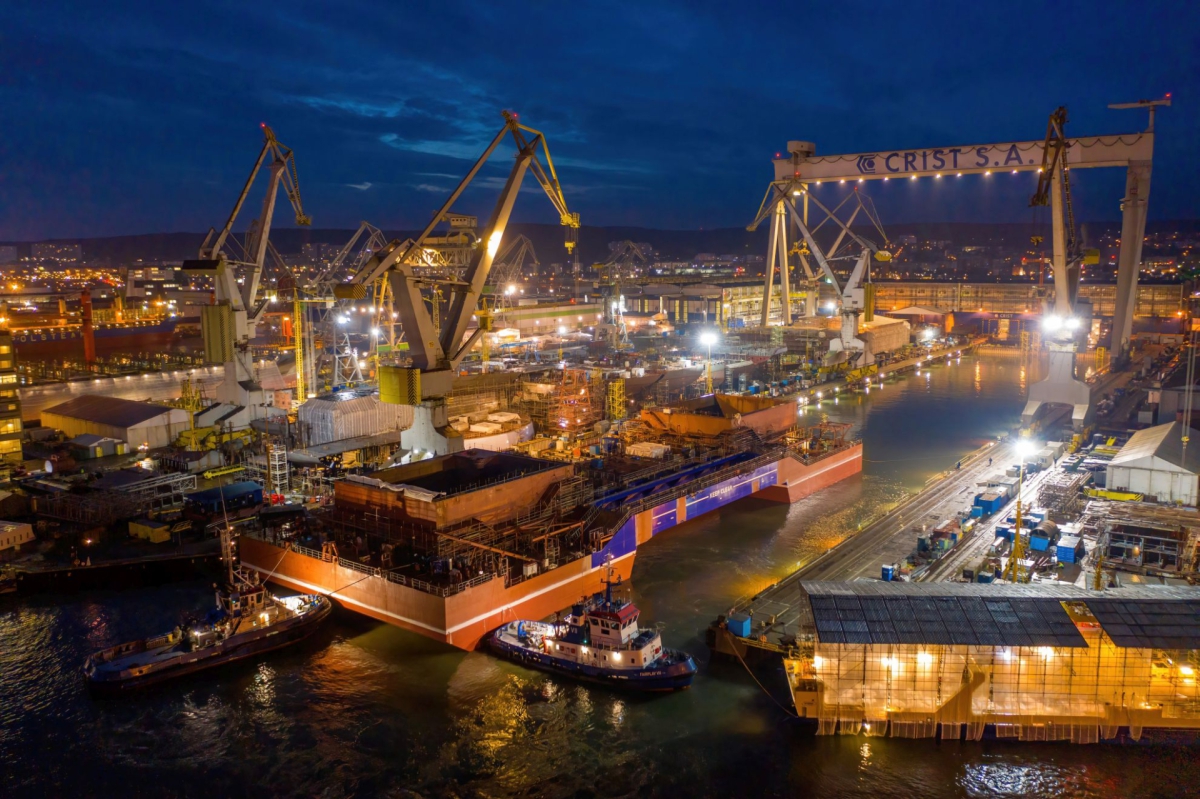 Crist Shipyard launched a specialised pontoon in December. The unit will be used for construction of the tunnel connecting Denmark and Germany.

The launch took place on December 21, 2022. The specialised vessel with the construction number NB131 is a fully facilitated, multi-funtional pontoon with submersive charging too. It will work at the construction of a subsea tunnel going across Fehmarn Belt strait, between German Puttgarden and Dannish Rødbyhavn located on Lolland isle.

Construction of the vessel was officially by steel cutting on October 26th, 2021. The customer ordering the work was FLC (Femern Link Contractors) responsible for the entire tunnel construction project. According to the contract, Crist Shipyard was obliged to build both the vessel and SDT which will be used to lay gravel on the seabed. The machine is remotely steered. It will be lowered from under the hull down to 46 metres below the waterline where the foundations will be layered. The precision of placing them is guaranteed by the most latest positioning technologies.

In this project, Crist coopearated with StoGda design and engineering studio.

The unit is 130.2 m long, but its total length, including transmission belts, will be 149 m with a width of 48 m. There will be 19 people on the pontoon. The unit is equipped with two gravel chambers, which can hold 14,000. tons of gravel.

The tunnel will connect the German port of Puttgarden and the Danish Rødbyhavn on Lolland isle – Scandinavia and Germany. The 18-kilometre-long construction will accommodate a motorway and a railway line. Thanks to it, the train journey between Hamburg and Copenhagen is to be shortened from 5.5 to 3 hours.