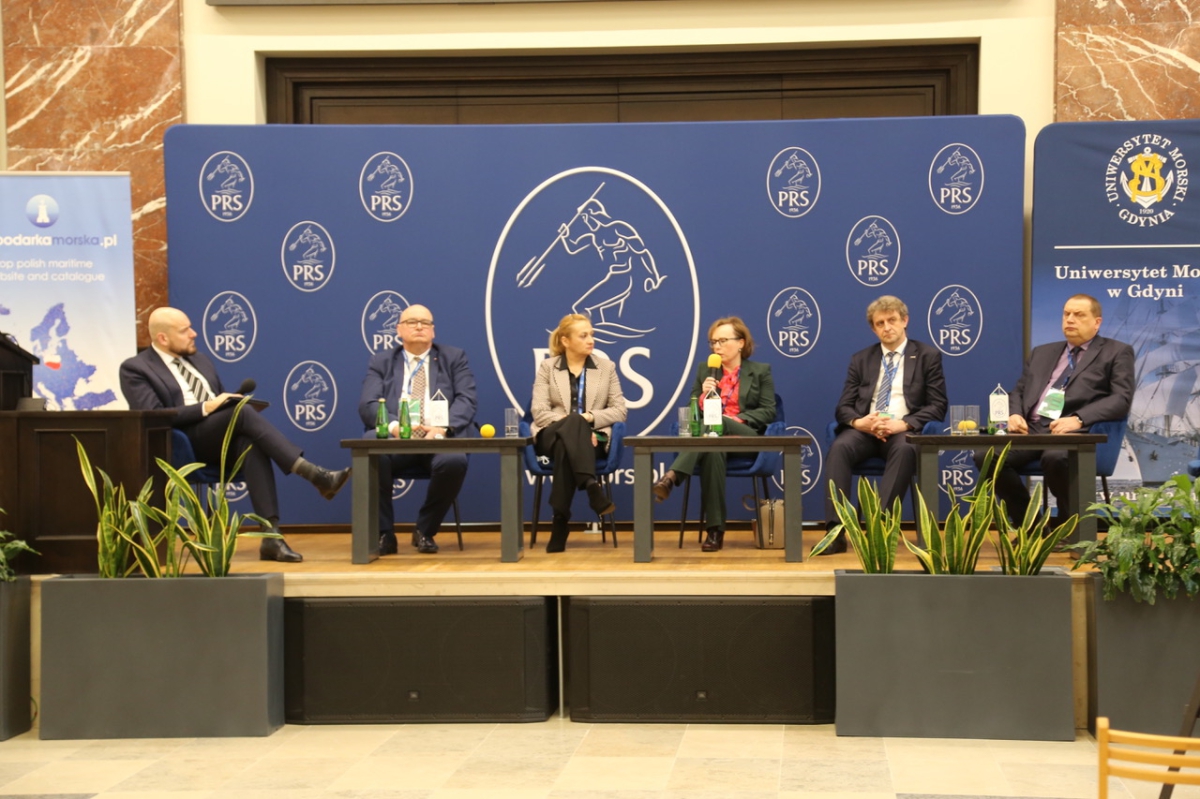 Seaports, Shipping, Logistics
[VIDEO] "Fit For 55. Opportunities and threats for maritime transport" seminar - are we ready?

Concern over deadlines, optimism of shipyards and technology companies, and a lot of possible options to choose - such conclusions could be drawn after the first seminar "Fit For 55. Opportunities and threats for sea transport" organized by PRS in the hall of Gdynia Maritime University on February 10.

The seminar "Fit For 55. Opportunities and threats for maritime transport" was to be a platform for the exchange of knowledge and views on the challenges that the European Commission set for the entire world of maritime economy in the Fit For 55 legislative package. The event was hosted by Mateusz Kowalewski, the publisher of the portals GospodarkaMorska.pl, ZielonaGospodarka.pl and MarinePoland.com.

The seminar began with the official speeches of the hosts - the guests gathered in the auditorium and observing the online event were first welcomed by the rector of Gdynia Maritime University Adam Weintrit, who expressed his satisfaction that many graduates of his university are participating in the work on the development of the maritime economy. Then Henryk Śniegocki, President of the Management Board of the Polish Register of Ships (PRS), who emphasized that the number of people who came to the site and were interested in the online event confirms that the topic is important. The importance of the subjects covered and the difficulty of the challenges set by Fit For 55 was emphasized also by the secretary of state in the Ministry of Infrastructure, Marek Gróbarczyk.

The substantive part of the seminar began with the panel "Do the European Union and the International Maritime Organization speak with one voice?" The invited guests were to determine this. Marcin Białek from the Department of International Affairs at the Ministry of Climate and Environment talked about his ministry's approach to the Fit For 55 package. Grzegorz Pettke, director of the PRS Ship Division focused on the importance of the package for maritime transport in relation to the Green Deal Policy of the European Union. Karolina Sypion-Babś from the IMO Center at PRS talked about Fit For 55 in the context of the initial greenhouse gas reduction strategy.


- It seems that the voice of the EU and IMO is coherent - summarized Mateusz Kowalewski. - Of course, there are many details to be agreed, in many respects these organizations have to come to an understanding, but they both go in one direction.

There is much concern about the time frame set out in Fit For 55 and the potential cost of the program in shipping. As Henryk Śniegocki, President of the Management Board of PRS mentioned in an talk with us, the increase in emission limits from the original 40 to 55 percent, assumed by the EU, will cost the industry over EUR 500 billion. Some seminar participants also say that it may be difficult to meet the project assumptions within the proposed time frame. 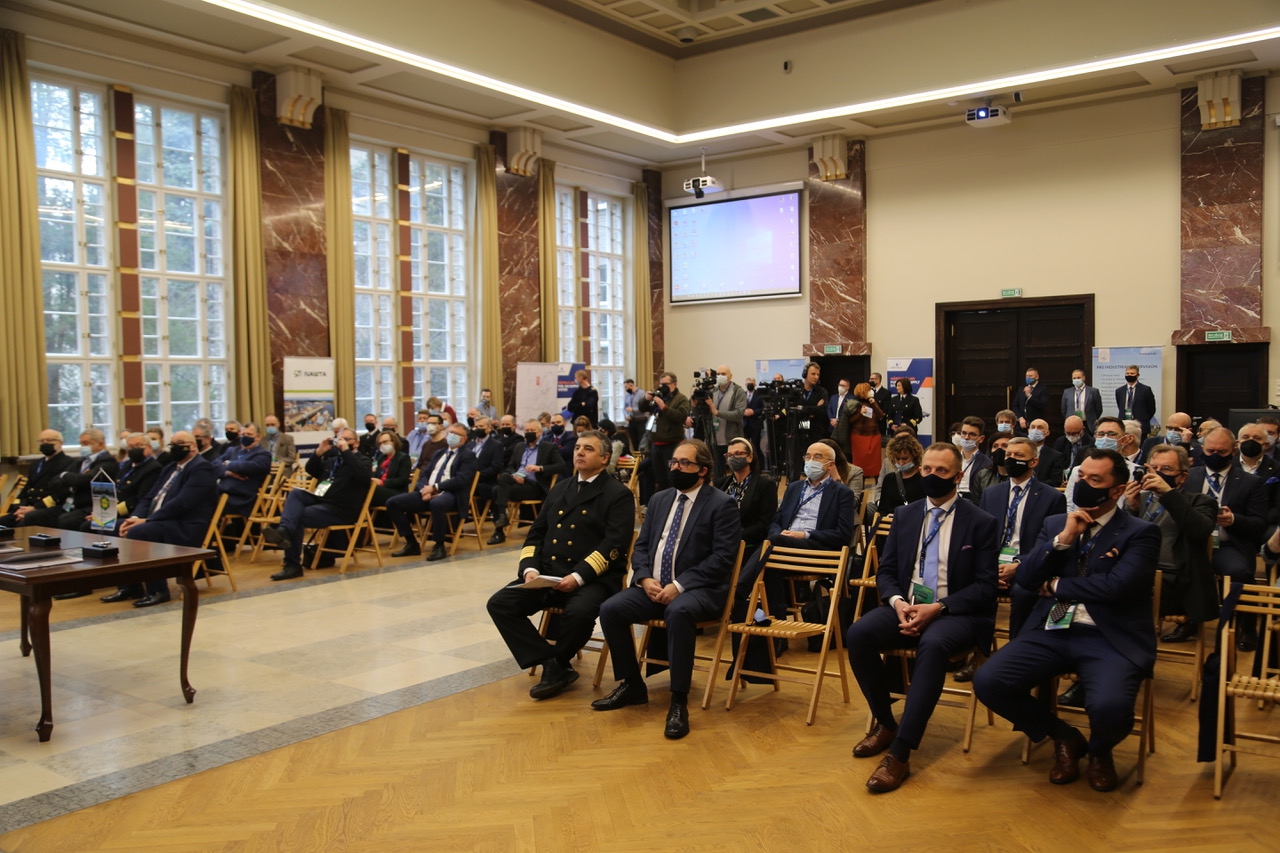 Another topic raised during the discussion panel at the seminar was the readiness of Polish shipowners and shipyards to introduce the Fit For 55 package. It is the shipowners who will have to bear very high costs of adapting the vessels to the emission requirements. Shipyards can help, but they must also invest in know-how and technology. In an talk with us, Wiesław Piotrzkowski, director of the Maritime Office in Gdynia, predicted that the costs of the shipowners would be passed on to consumers.

In turn, the Polish shipbuilding industry is already rubbing its hands in anticipation. The discussion panel devoted to this topic was attended by industry representatives: Monika Kozakiewicz from Shiprepair Yard Nauta and Dariusz Jaguszewski from Remontowa Shipbuilding. Both of these plants can count on customers in the form of shipowners, who will have to modernize their vessels. Monika Kozakiewicz claims that Poland can not only compete with the shipyard behemoths from Asia, but also be a leader of these changes in terms of the quality of work and technology.

Participants emphasized that in the last few years the technology has made significant progress, largely adapting to LNG powered propulsion. Hydrogen and ammonia are waiting in line. The problem, however, is that the plethora of fuels can cause complications. The debaters, however, assured that it was possible to construct engines that would be able to run on very different fuels with slight modifications. The future, however, may require a completely different approach to the subject, because nuclear propulsion is being talked about more and more loudly.

However, the participants of the panel emphasized that before that happens, the focus should be on LNG. According to them, liquefied natural gas will remain the standard fuel in shipping for longer than we think.

- Summing up today's seminar, I would like to draw your attention to a certain cycle that appears in shipping - summarized Mateusz Kowalewski. - The first propulsion was oars, the next innovative technology used to be sails, later steam drives appeared, in the 20th century there was a switch to liquid fossil fuels. Today, there is often talk of going back to the wind. I hope we won't have to come back to the oars talk in the future. 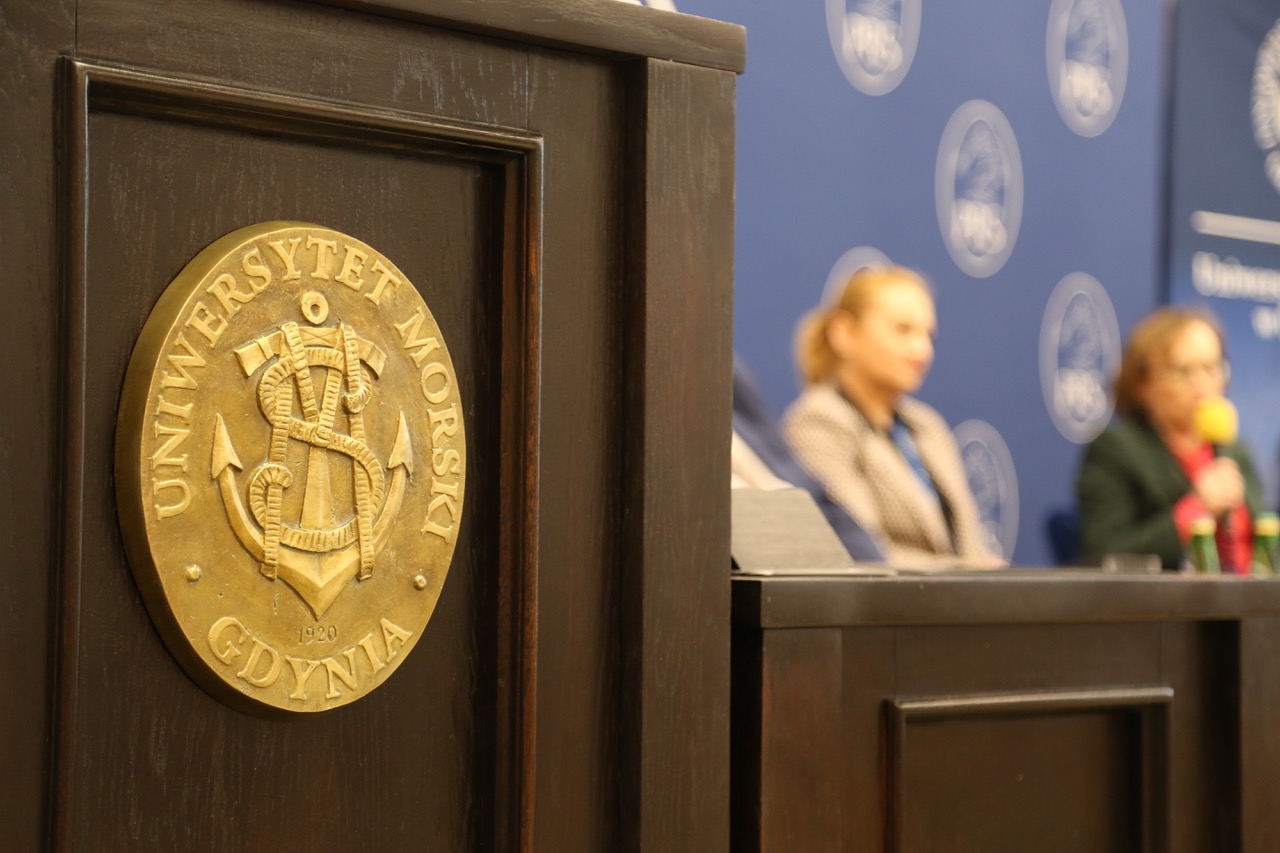 The "Fit For 55. Opportunities and threats for maritime transport" seminar brought important discussions and provided further questions on how to prepare the Polish maritime industry to respond to the challenges posed by the package.

- For us, the most important answer we are looking for is that it can be implemented in practice – said about Fit For 55 package the secretary of state in the Ministry of Infrastructure Marek Gróbarczyk. - As for whether it is possible to create such a solution, build such a system, whether it is possible to rebuild vessels, whether we are able to prepare ports - these are the most important answers for us. The main question is: will we take advantage of this chance, or God forbid, it will turn out that we will lose, for example, another shipbuilding segment that will go to the Far East, which happened with bulk carriers or tankers. Therefore, it is worth discussing now so that the solution we will apply will bring benefits to our economy - summed up Gróbarczyk.

As Marcin Wojciechowski from PRS announced, further meetings are planned:

- This seminar initiated a series of substantive meetings devoted to the problems and challenges facing the industry, related not only to Fit For 55. We know that it is worth discussing and sharing knowledge, so as PRS we want to provide experts and the entire maritime economy with a platform for joint search for solutions - Wojciechowski said.