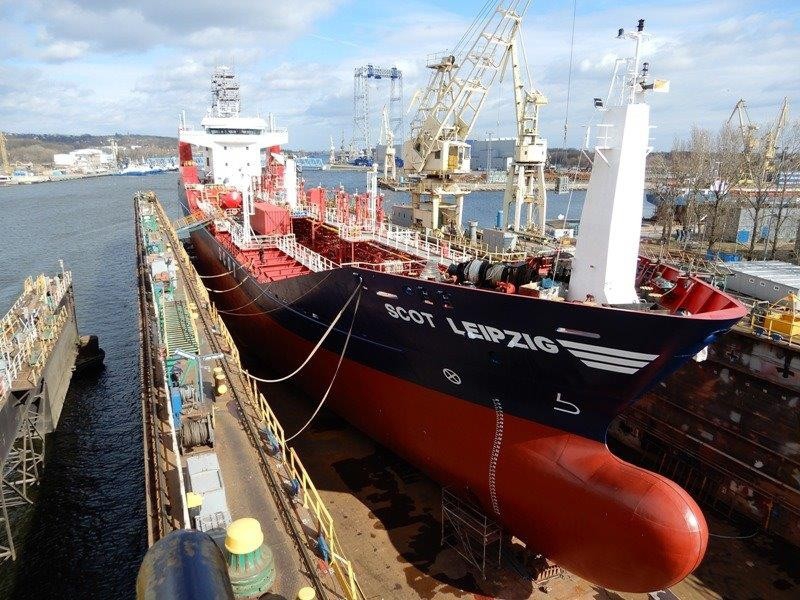 Morska Stocznia Remontowa Gryfia has a very good run. Currently all the shipyard's docks are full and shipowners have to queue for new orders. - We are not refusing anyone, but the lead times have become longer due to the number of orders - confirms CEO Krzysztof Zaremba.

- We realize previously agreed contracts with e.g. Polska Żegluga Morska (Polish Steamship Company; Polsteam), we are also negotiating with potential new clients, also foreign ones. We extended the cooperation with our very prestigious client - the Kawasaki concern. We have no shortage of work - said Krzysztof Zaremba, CEO of Gryfia. - In the current situation, we are forced to postpone some deadlines, but we are managing.

Amarendra Roy from the Board of Gryfia in an interview with Radio Szczecin admits that shipyard could already use a new dock. - We have a lot of work at the moment and since last year we have continued to work and all the docks are occupied - he told the radio station, admitting that it is impossible to accept new orders at the moment. - We can't. We have available no space, no people, no docks. If there was dock no. 8 today, I would gladly do more work.

The dock will be on time

However, the president of the shipyard informs that the works on the construction of the floating dock in the Wulkan shipyard are going according to plan.

- The dock is already largely welded together. We expect it to be commissioned by the end of this year or at the beginning of the next one - says President Zaremba.

Let us remind that Morska Stocznia Remontowa Gryfia has recently specialized in installing ballast water treatment systems on ships, which is the result of, among others, a new maritime law. Gryfia has already installed 20 such devices.

A spectacular order was the installation of a hybrid drive on a Norwegian ship in 2021 - It was a very large operation, but we have the know-how, I think that in the future we will specialize in this type of orders. There is a good situation on the market for Gryfia. We are consistently modernizing the company. The shipyard has been rebuilt and now has a reputation as a reliable partner in ship repairs - says president Zaremba.