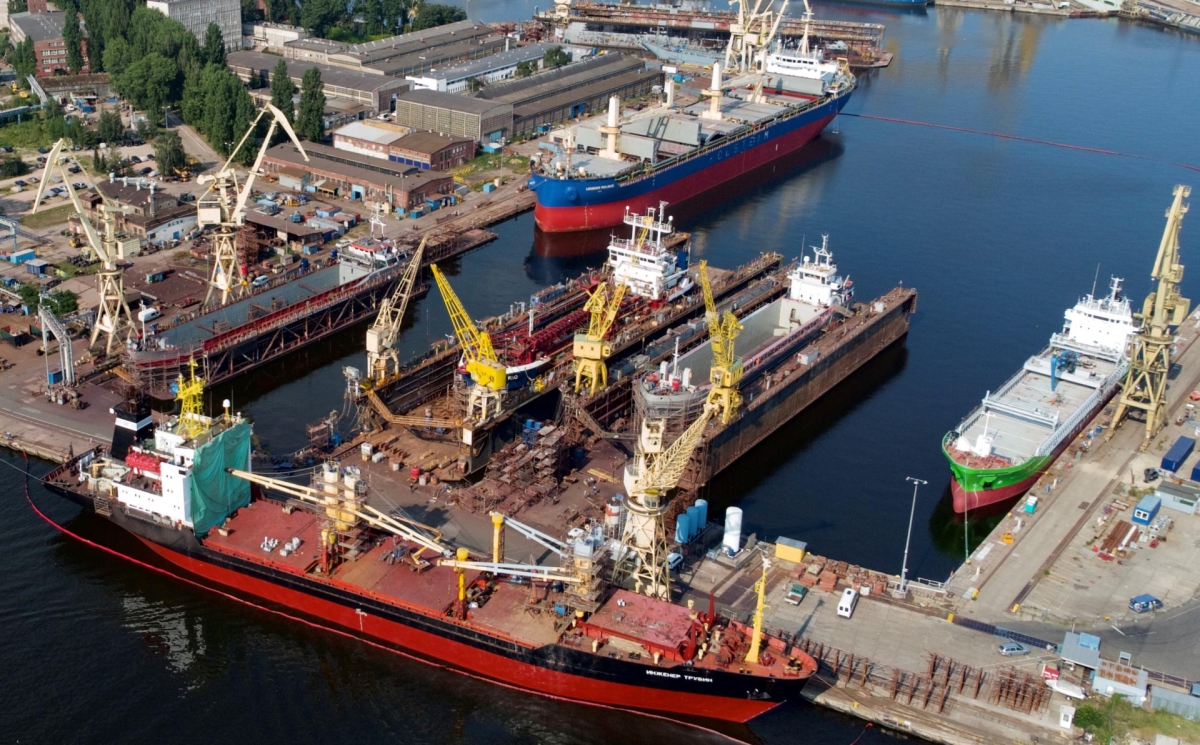 Next week, construction works are going to start in Marine Ship Repair Yard “Gryfia”. The Szczecin company will gain a new dock at the Gdańsk Quay.

On 9th January Eco-Inwest, an engineering contractor for the project called „Infrastructure Modernisation for Building a New Floating Dock at the Gdańsk Quay in Szczecin” indicated a deadline for a subcontractor, Doraco Building Company. This means start of the biggest in 9 years investment for Gryfia shipyard.

The works include building a 17-metres deep pan where a dock and its dalbs will be placed. A 60-metres long technological bridge will be made to connect the crane rails servicing the dock and a temporary place for used ship parts. Thanks to that, the mooring quay will be larger for vessels coming to the shipyard.

The area next to Gdynia and Gdańsk Quays is going to be surrounded by an dock infrastructure facility. The investment will include a reconstruction of 300 metres of Gdynia Quay which at the same time works as a connection to dock 8. The first construction works are going to start in January and are planned to be finished after 18 months. Then, a new dock will be ready to carry out a deepening trials on the dock pan.

– We are glad that after many months of preparations, commissions and permissions gained and hard, invissible, thankless work, we managed to select the general contractor and we are heading to the realisation process. We are convinced a reknown company like Doraco will keep the deadlines and a new dock will be placed in Gryfia Shipyard in the next half of the year – says Artur Trzeciakowski, Managing Director of the  Marine Ship Repair Yard “Gryfia” S.A.

Most recent
The superyacht of the Conrad shipyard attracts industry professionals from all over the world
2022-12-08
A zero-emission ship for offshore wind service is being built at the Crist shipyard
2022-11-24
Crist. Sheet metal cutting for zero-emission offshore carrier
2022-12-30
SHOW MORE
Meet innovative companies from Poland
SHOW