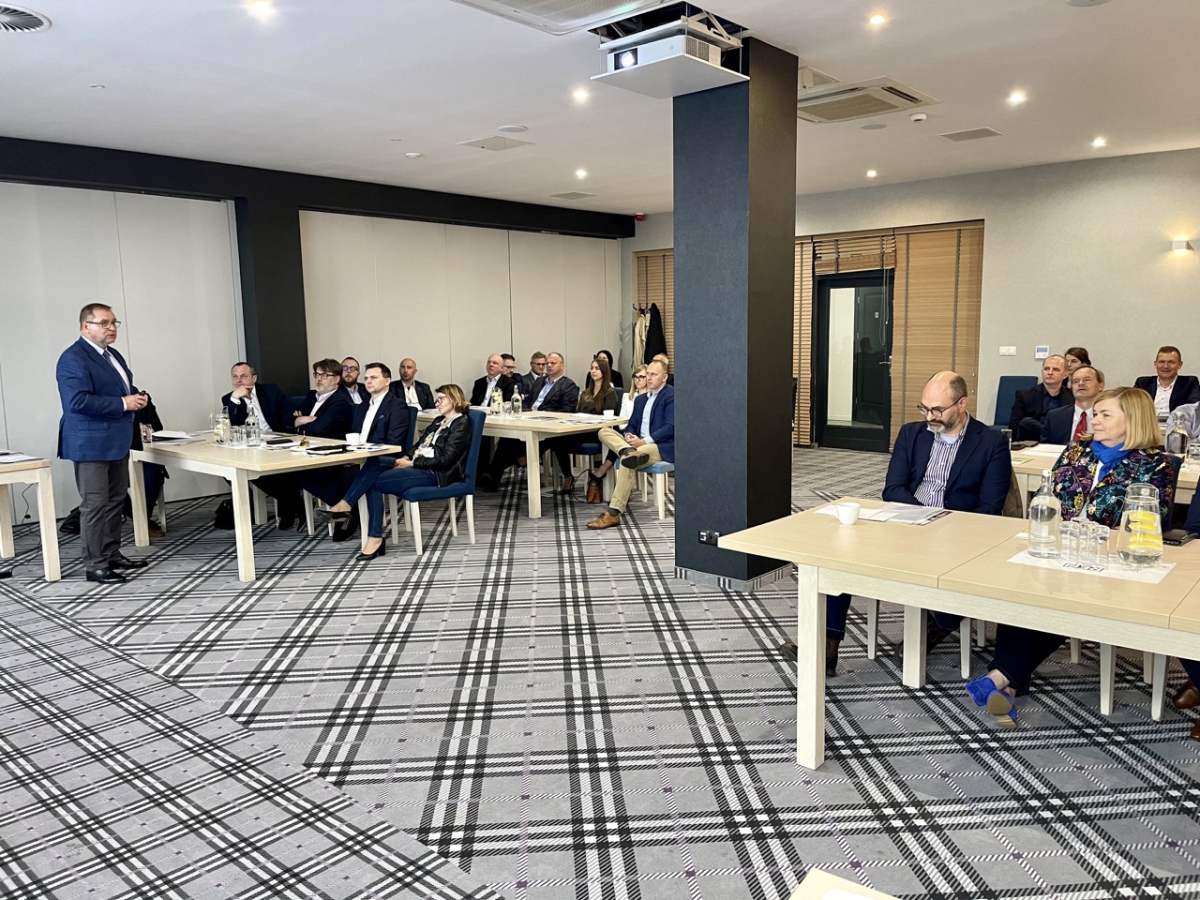 On Thursday, May 26, 2022, the general meeting of the Polish Maritime Technology Forum (PFTM) was held. During the meeting, the composition of the Council of the second term was selected and the immediate plans of activity were defined.

Representatives of the shipbuilding industry met at the Ren Hotel in Starogard Gdański. At the meeting, the activities to date were summed up and a new composition of the Council was elected for the next term of office. The composition of the council consists of 18 members, and 1/3 of the council will be elected every year. The board is once again chaired by Deltamarin, represented by Jadwiga Sztelwander-Zięba.

During the meeting, the nomination for the second edition of the Lighthouses of GospodarkaMorska.pl awards was announced. Just like last year, the title of "Leader of Maritime Technology" is awarded by readers of the GospodarkaMorska.pl portal in an online poll. The statuettes will be presented during a ceremonial cruise in October. Tickets for the event will be available in June.

The Assembly decided that during the cruise it would organize a conference called "The ferry and offshore wind market - the development potential of the maritime sector in Poland". The event will take place on the Nova Star ferry.

The co-host of the PFTM meeting was Gillmet. As part of the event, there was a visit to the modern galvanizing plant and the Gillmet steel processing plant located in the industrial zone in Starogard Gdański.

The evening part of the meeting included sightseeing and beer tasting at Browar Kociewski and a feast in the company of shanties.

At present, 61 entities belong to PFTM. - Since the beginning of its operation, the number of members has quadrupled. Our slogan is "We will do business together" and it works very well in practice - emphasized the president of PFTM, Jerzy Czuczman.

The Polish Maritime Technology Forum, based in Gdynia, is an employers' association. It was established in 2019 in response to the need to represent Polish companies from the maritime industry, especially small and medium-sized enterprises. The organization also includes big players such as Crist Shipyard and Lotos Petrobaltic. Its members include shipyards, suppliers of ship systems and equipment, but also universities, media portals and law firms, as well as the Polish Register of Shipping and the Pomeranian Special Economic Zone.

The union also plays an expert role. This year, it supported the organization of an economic mission to Houston in the USA and participation in the OTC (Offshore Technology Conference) exhibition. Moreover, members participated in a panel discussion during the Nor-Shipping in Oslo, Norway.