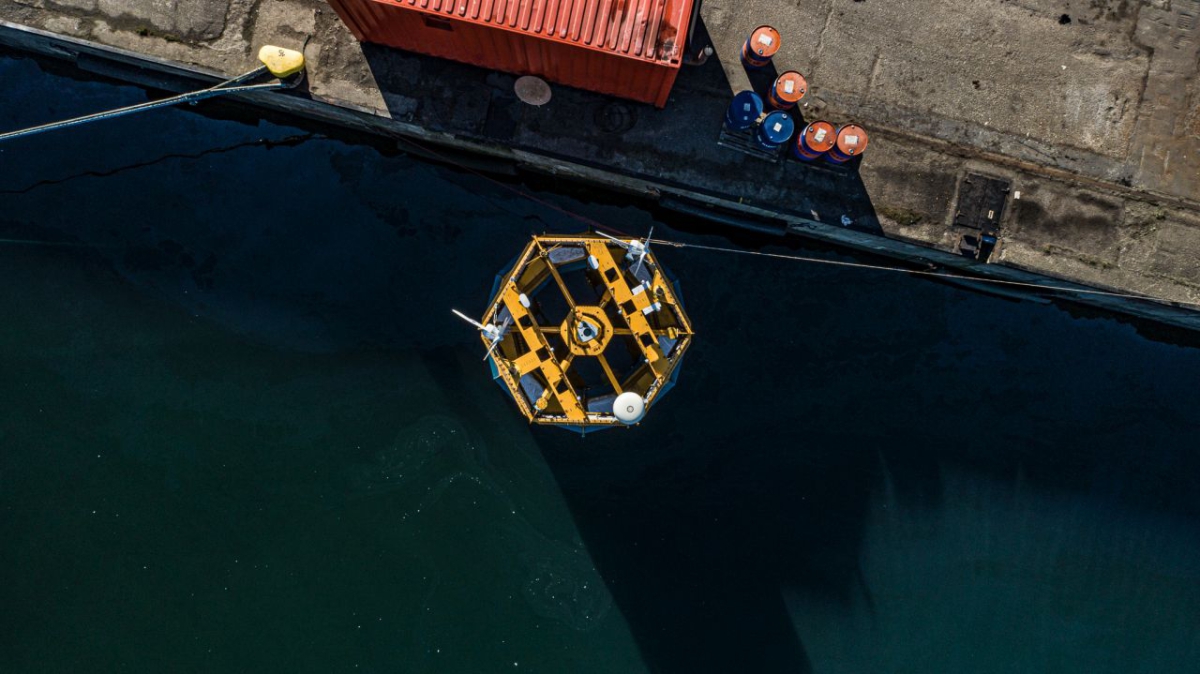 Offshore, Offshore Wind
OWF Bałtyk I – surveys in the area of the wind farm are underway [VIDEO]

In the area of the offshore wind farm OWF Bałtyk I, which is jointly developed by Equinor and Polenergia, research and measurements are being carried out using a special LiDAR buoy, which was provided by the Australian RPS, and whose assembly and transport was carried out by the Polish company MEWO.

The Bałtyk I offshore wind farm will be one of the largest wind farms in Polish waters in terms of installed capacity among the ten that will be built based on the first round of location permits. The project is being developed jointly by global energy giant Equinor and Polish energy group Polenergia. The farm will have a capacity of 1560 MW. It will be located on the border of the Polish Exclusive Economic Zone, about 81 kilometers in a straight line north of Łeba, in waters 25-35 meters deep. A service port will be located in the local harbour - the developer has already bought an appropriate plot of land for this purpose.

However, in order to properly design and plan specific investment works, precise results of research on conditions in the area of the planned farm are necessary. The entire research programme is necessary to conduct a comprehensive assessment of the impact and conditions of the project and the effectiveness of the future wind farm operation.

– The campaign has been going on for a year and have involved numerous vessels and airplane surveys – says Eirik Strøm Uthaug.


One of the elements of the survey programme are the measurements conducted by a special buoy, installed jointly for the developers by MEWO, a company specializing in this type of activities, from Straszyn near Gdańsk, Poland, and Australian RPS.

The three-module weather buoy was equipped with laser LiDAR (Light Detection and Ranging) sensors and other devices to measure the properties of the water body. The buoy collects information both underwater and above the surface. Among other things, it measures wind power and direction, but also air temperature, barometric pressure, wave height and periodicity. LiDAR records the power and direction of wind gusts at 11 different heights, down to the level where the top of the blades of the planned wind turbines will be located. Underwater, meanwhile, the buoy collects information on currents and salinity, among other things.


– The RPS Lidar 4.5 buoy measures wind up to 300 meters up using the ZX Lidar. It's very powerful – explains Gerard Mulholland of RPS.

The buoy was assembled and fitted with the necessary equipment at the MEWO base in Straszyn under the supervision of RPS specialists. After checking that all sensors were functioning properly, the buoy was transported to Gdynia and towed to the site of the future wind farm with the help of a MEWO vessel. Upon arrival at the site, the buoy was anchored and started working. The data it collects is continuously transmitted to shore as the device has a number of communication capabilities. According to Gerard Mulholland of RPS, the buoy has been equipped with, among other things, Iridium broadband communications, a RUTX protocol modem and 4G Wi-Fi, so the data will be able to be read by RPS from the other hemisphere.

However, as Lucjan Gajewski, MEWO's vice president of development, points out, some of the information is downloaded directly from the buoy using the ship – in such activities during the research phase, investors will continue to cooperate with MEWO.

– Although the data is automatically sent via satellite directly to the data processing center, the raw data is still usually acquired by approaching the ship and gathering it from the measurement devices - says Gajewski.

In the area of the planned Baltic Sea Wind Farm I, the LiDAR-equipped float will operate for 12 months.

Most recent
Polenergia and Equinor seek offshore cable suppliers
2022-04-04
Geological research in the area of the future wind farm of Polenergia and Equinor (video)
2020-10-14
Who is who in Polish offshore? Seaway 7: There's no offshore wind without efficient and flexible logistics
2022-05-09
MEWO S.A. opens an office in Den Helder
2020-01-10
SHOW MORE
Meet innovative companies from Poland
SHOW