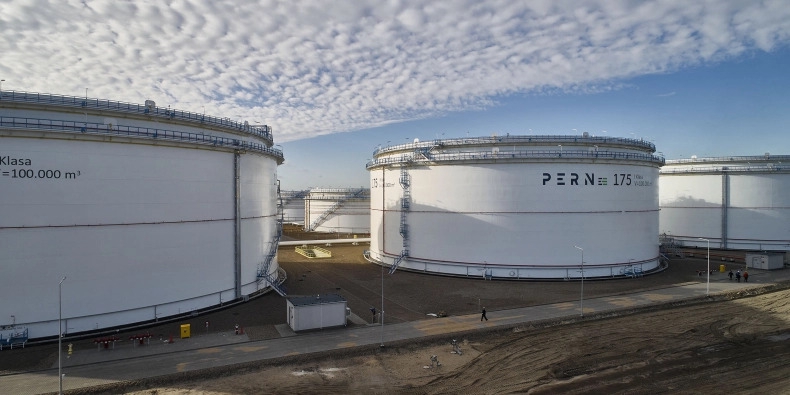 PERN is planning to expand its storage capacities of biocomponents – esters in fuel hub in Dębogórze (Pomorskie region). The company announced a process for constraction of three 100 cubric metres fundaments and of reinforced concrete foundations for the next two tanks. Bids are due on February 1.

"The aim of the task is capacity expansion by building three ester tanks, 100 m3 each, together with the construction of two additional amplified concrete foundations for the next two tanks,” PERN said in the tender documentation published on Monday.

The company indicated that the range of the process of expanding the storage capacities for esters in fuels hub in Dębogóze involves architectural and construction project documentation for the necessary permissions.

PERN explained that the procedure will require constraction of foundations for five amplified concrete structures near existing ester tanks as well as providing three steel onland tanks for all-year storage of esters, 100 cubic metres each.

According to the company, it will be required to reconstruct the existing technological infrastructure in the scope of connecting three tanks to the pumping station in order to adapt them to receiving, storing and dispensing biocomponents in accordance with the design documentation.

In the published tender documentation PERN informed that the deadline for sending the offers is due to February 1st 2023.

PERN is a state owned company, strategic for Polish energetic safety. It manages pipelines for crude oil transported to Orlen's rafineries in Płock and Gdańsk and two rafineries in Germany. It owns resources and oils storage hubs in Poland. Currently, the company has four crude oil hubs of total capacity of 4.1 mln cubic metres and 19 oil hubs of 2.4 mln cubic metres totally. The Dębogórze oil hub receives products transported to Poland by the sea.

At the beginning of January PERN announced it will spend nearly PLN 0.7 billion for investments and renovations, strengthening the energetic safety in Poland. As the company states, eight new tanks of total capacity 256.000 cubic metres will start operating in autumn 2023.

PERN also announced it is planning to construct two tanks in Dębogórze, the oil hub which, as the company underlines, "is already playing the role of the key element of oil delivery system in Poland". Additionally, Dębogórze is going to have another oil tanks of 50.000 cubic metres each. They will store crude oil products which will facilitate service of customers interested in oil import.

PERN is planning further investments in railway infrastructure of Dębogurze oil hub through railway and loading stations. This will enable transport of tankers of higher capacity and facilitate logistic process.