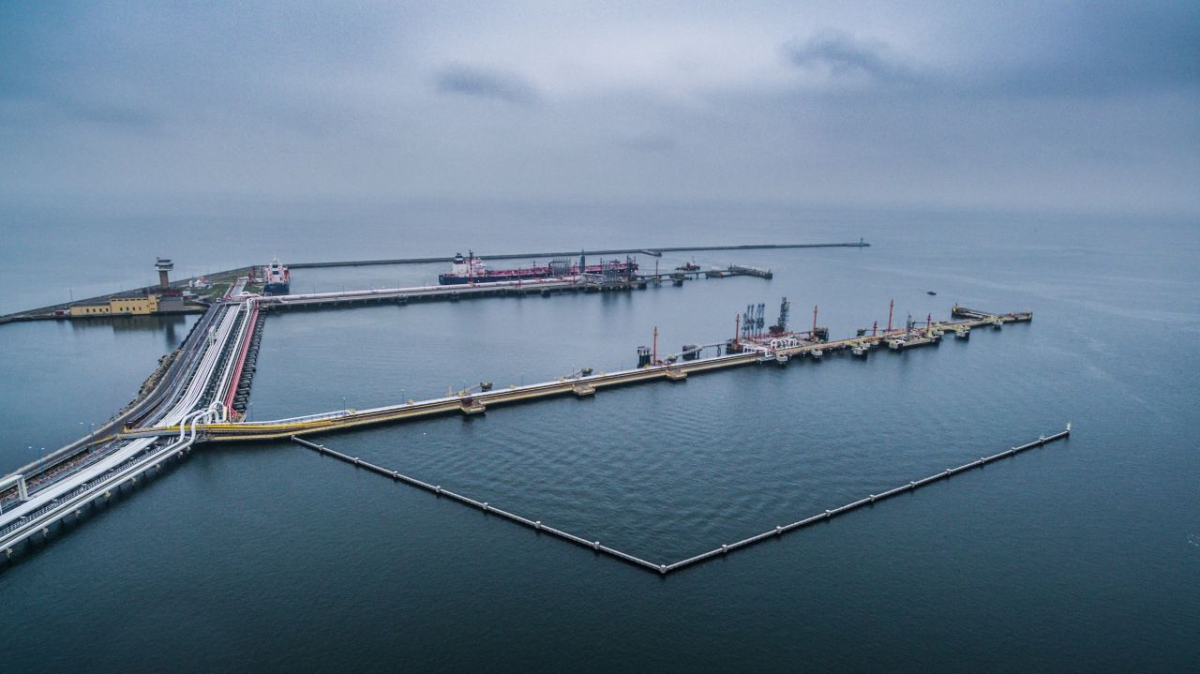 A tanker with crude oil imported by PKN Orlen from Norwegian fields in the North Sea has arrived at the Naftoport in Gdansk. Orlen imported about 130,000 tons of Johan Sverdrup crude, company said on Monday.

"Orlen Group imported about 130 thousand tons of Johan Sverdrup crude oil from Norwegian fields in the North Sea. The tanker with the raw material purchased by the company arrived at the Naftoport in Gdansk. PKN Orlen has also agreed on increased amounts of other supplies from outside the eastern direction. The measures taken fully ensure continuity of production at Orlen Group refineries in Poland, the Czech Republic and Lithuania," PKN Orlen said in a statement on Monday.

Company added that these actions are a continuation of diversification of crude oil supplies, carried out over the past four years. It was reminded that in 2013 as much as 98% of the crude processed in Płock was Rebco oil, i.e. from the East. Currently, this grade is processed in only about 50 percent, with the rest coming from Saudi Arabia, the US, West Africa, and Norway, among others.

- The purchase of crude oil from Norwegian fields is yet another example of our diversification of oil supplies, which guarantees stability and continuity of operation of our refineries, as well as enhances Poland's energy security. Orlen Group's demand for crude oil in the country, after the merger with Lotos Group, will be around 26 million tonnes annually. Scale is important. It will enable further establishment and strengthening of relations with global producers of the raw material. This is the strategic goal of building a multi-energy conglomerate. The contracts we signed with Lotos as part of the merger process cover supplies of up to 20 million tonnes of high-quality crude oil from a reliable source and entail closer commercial relations. This will increase the concern's independence and energy security for the entire region - PKN Orlen CEO Daniel Obajtek said quoted in the communiqué.

The communiqué added that there is no shortage of fuel in Poland and that, if necessary, Orlen has the possibility to replenish supplies both from the Group's two refineries in the Czech Republic and from the refinery in Mažeikiai. In the case of the Lithuanian refinery, transport is possible both by rail and by sea. However, the Orlen Group's refineries in the Czech Republic and Lithuania will primarily meet the needs in the region. Orlen also reported that all logistics processes related to fuel supply are secured and that there are no interruptions in the operation of terminals and storage depots.

"The company is prepared for everyone to buy fuel at the stations. This is the result of investments carried out earlier and decisions taken by the Management Board of PKN Orlen. In April 2021, OTP, Poland's largest road carrier of liquid fuels, was bought back, which today allows the company to have full control over the product across the entire logistics chain. In June 2021 the company purchased a fuel transshipment terminal in Mockava, on the Polish-Lithuanian border, thanks to which, bypassing Belarus, a large volume of diesel and gasoline production from the refinery in Lithuanian Mažeikiai can reach the Polish market.” - PKN Orlen's announcement said.

It was reminded that the company has its own rail company, Orlen KolTrans, which delivers fuel practically to all of the company's bases across the country. It was added that storage capacity at PKN Orlen's terminals has been increased for the last four years.

It was pointed out that the company is active all over the world and takes every opportunity to start broader cooperation with suppliers from Europe and outside the continent. Poland receives crude oil from Nigeria, United Arab Emirates, Saudi Arabia, the United States and Norway. From the fields in the North Sea, the company obtains such types of oil as: Forties, Oseberg, Johan Sverdrup, Troll, Brent or Ekofisk. On the other hand, Forcados and Bonny Light are imported from West Africa. The supply basket of Orlen Group includes also WTI, Bakken and Mars types extracted in the United States.