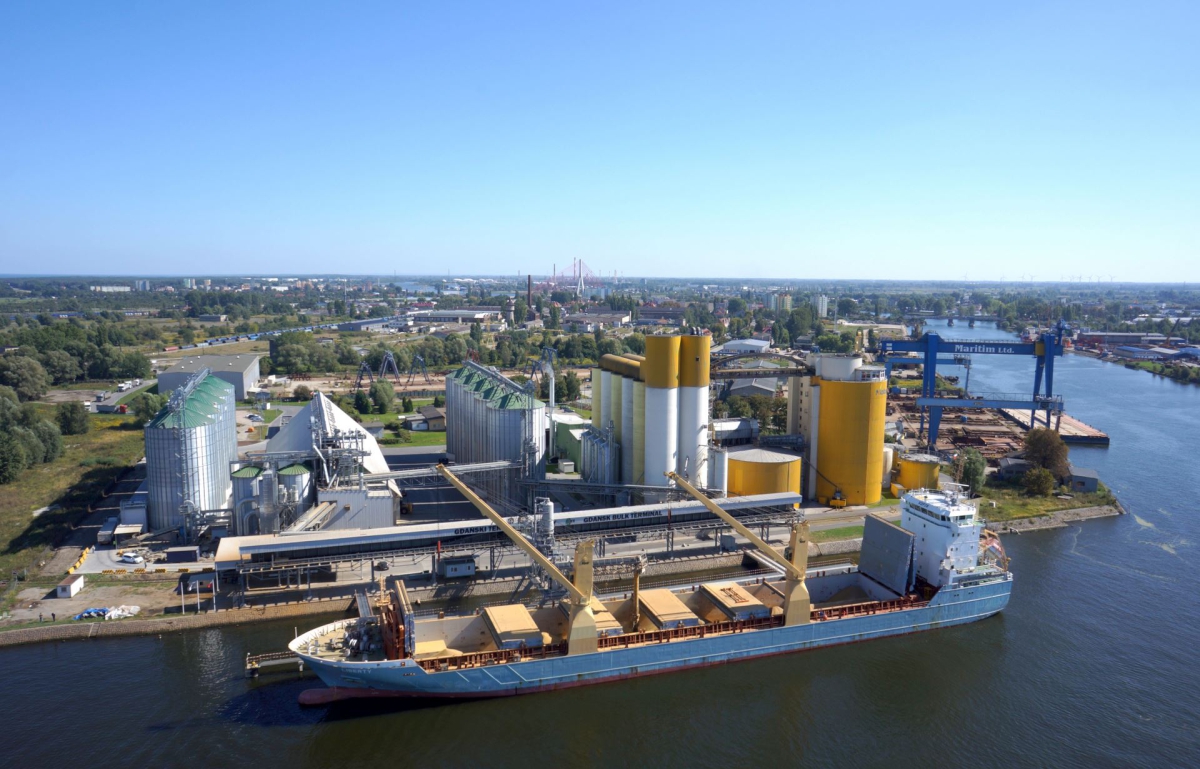 Seaports, Shipping, Logistics
Polish ports are going to be capable to reload 12.6 million tonnes of crops this year

The Polish Ministry of Agriculture and Rural Development discussed how to improve export of corps from the East. The resort informed about an assembly of a Intersectoral Team for Agricultural Products and Food from Ukraine, led by the deputy prime minister and minister of agriculture and rural development, Henryk Kowalczyk. The team met on Tuesday, January 17th.

The participants raised that all crops from Ukraine is under control of special services. At the same time it was stated that there are no congestions at border crossings. The main objective of the meeting was consideration of possibilities of facilitating the export from Ukraine. It was assessed that the reloading capacities of the Polish port this year is 12.6 million tonnes of corps. The press release said that in order to use the capacities, opportunities of expanding the transport and reloading capacities are analysed.

The assembly was also attended by heads of controlling services under the Ministry of Agriculture and Rural Development, as well as members of the Ministry of Finances from the State Treasure Administration and the Border Guards.

At the beginning of January 2023, The Board of the National Council of Agricultural Chambers turned to thedeputy prime minister, minister of agriculture Henryk Kowalczyk to take action to improve the situation related to excessive corps imports from Ukraine to Poland. The chamber postulated, among others, introducing a ban on the import of crops and introducing security deposits for importers from Ukraine.

The deputy minister Janusz Kowalski, replying to the chamber's letter, admitted that after the Russian invasion of Ukraine a rise in transport of agricultural products was noted, mainly corps. He explained that it results in limitations of transporting those products from Ukraine by the Black Sea. Poland receives mainly corn.

– As per the postulate of stopping the import of Ukrainian crops and rape I am informing that imposing such prohibition is impossible due to international agreements both with European Union and Ukraine, as well as the regulations of World Trade Organization. At the moment, one of the important actions is intensification of export of agricultural products both to EU countries which lack these products, as well as other countries dependent on import – indicated deputy minister Kowalski.

He also explained that the institution of „temporary security deposit” is unknown to EU Customs Code and executive and delegated acts – therefore it cannot be used within the EU teritory, including Republic of Poland.

Most recent
New cargo from Ukraine at the Port of Gdańsk Eksploatacja S.A. [VIDEO]
2022-07-26
[VIDEO] ONE Terminal RUN Hutchison Ports Gdynia 2022. They ran between containers to help orphans from Ukraine
2022-07-01
Pilot transshipment of corn grain from Ukraine in the Port of Kolobrzeg. 5 thousand tons for the start
2022-04-29
SHOW MORE
Meet innovative companies from Poland
SHOW