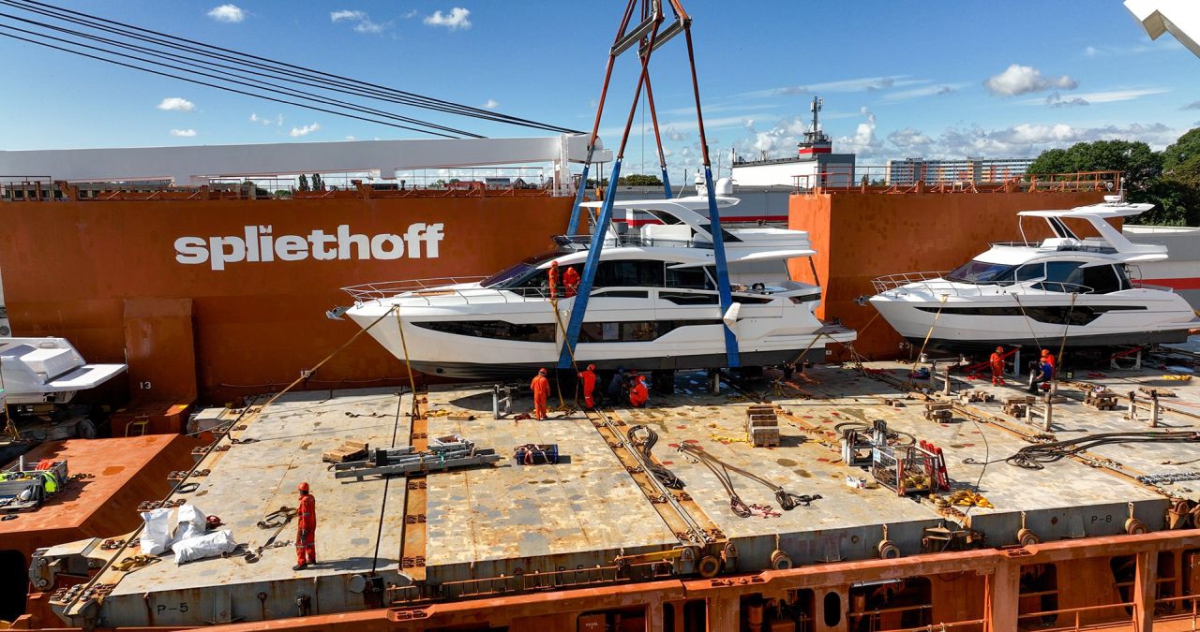 Yachts, Boats
Polish yachts acknowledged in the US. More boats are sent from Port Gdansk to travel across the Atlantic

During the weekend of July 16-17, ten yachts were loaded on the American service vessel Spliethoff / Sevenstar at the Oliwskie Quay at the Port of Gdansk. They were mainly luxury ships of the Polish Galleon which went to America.

After loading at the Port of Gdansk, the yachts were sent on a journey across the Atlantic Ocean. Finally, the shipment from Poland will go to the American port of Baltimore and Palm Beach.

- Transfennica, as an agent of the Spliethoff shipowner, runs regular service to the United States. Thanks to this, on average, we send shipments once a month, e.g. yachts for the American market - says Tomasz Pik, a representative of the Transfennica company from Gdynia, in an interview with MarinePoland.com.

During the last loading, ten vessels were loaded on board the Spaarnegracht, directly from the water, using their own cranes, and with the participation of divers.

Among them were mainly the boats of Galeon, the Polish yacht shipyard from Straszyn and Wiślinka near Gdańsk, and the German sailing yachts Hanse, the second largest producer of luxury vessels in the world (Hanse yachts arrive in Gdańsk from the factory in Greifswald or Cologne - both by water and and overland.

- We organized the shipment for an American dealer to whom we have been delivering boats for ten years - says Pik, adding that the Polish product is highly appreciated overseas.

Transfennica, an agent of Spliethoff, who has a "supercell" in his group - the Sevenstar company (dealing only with shipments of vessels), organizes ship shipments on a regular basis.

The transport to the USA included boats from the Gdańsk brand Sunreef, which is a world leader in the design and construction of luxury sailing and motor catamarans.

- Over the years, we have sent over 300 boats of various brands to the USA - says the representative of Transfennica.

The shipowner in Gdynia is loaded at various points in the Port of Gdansk.

- We choose the place of loading depending on the draft of the vessel carrying the vessels and what quay is available at the moment. Most often it is the Oliwskie Quay, sometimes the Drzewny Railway Station or the WOC - ends Tomasz Pik.

Most recent
Polish yachts and green solutions. Polboat Yachting Festival
2022-07-25
[INTERVIEW] Łeba is waiting for offshore. President of the Yacht Port: "We are opening a new chapter"
2022-02-06
Made in Goleniów - Hanse 460 named "European Yacht of the Year 2022"
2022-01-27
SHOW MORE
Meet innovative companies from Poland
SHOW