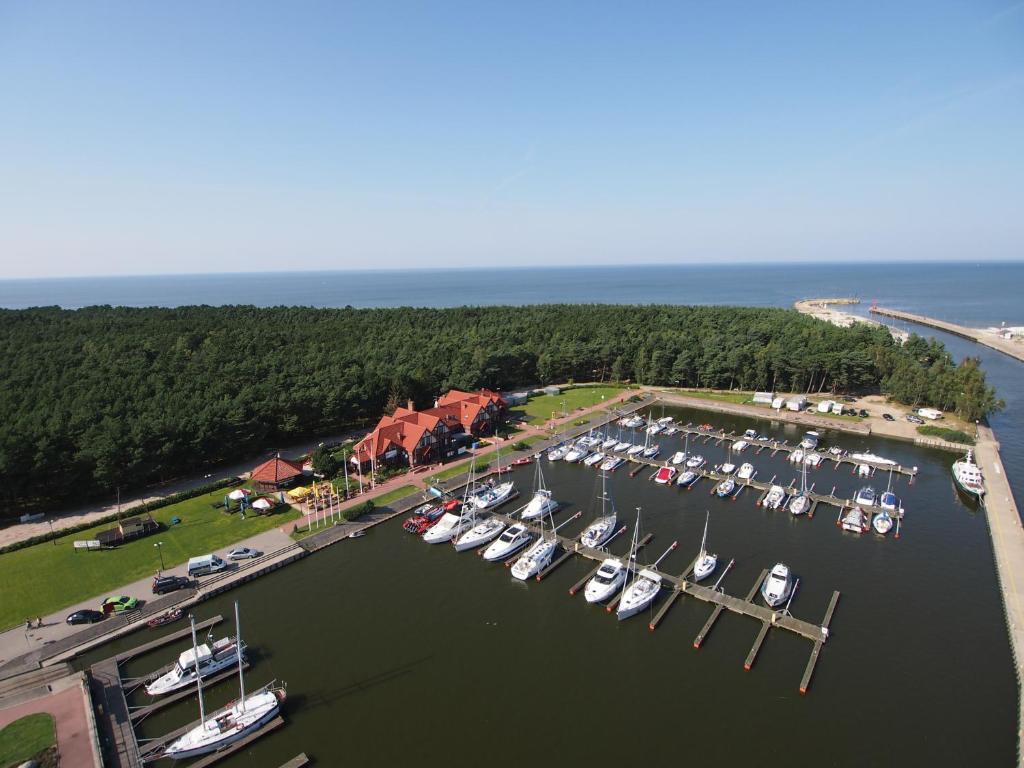 Seaports, Shipping, Logistics
[INTERVIEW] Łeba is waiting for offshore. President of the Yacht Port: "We are opening a new chapter"

- Due to the planned investments, the port will partially change its face. We count not only on cooperation with developers, but also on the development of the residential and entertainment sector. The region and potential subcontractors, i.e. local content, may benefit - says Jan Biernacki, president of the management board of the Łeba Yacht Port, in the vicinity of which a service center for the Baltic Power offshore wind farm will be built.

Anna Konopka, MarinePoland.com: Recent weeks have shown that the changes that await Łeba in the coming years take a very formal shape. It is a fact that a service center for the Baltic Power offshore wind farm, a company associated with the Orlen Group, will be built in a part of the port in Łeba. What does it mean for Łeba?

Jan Biernacki, Yacht Port Łeba: In my opinion, it is very good news for Łeba. We are talking about leasing a part of the port for a period of 30 years. The tender was won by Baltic Power, which will implement the farm construction investments by two large companies: the Orlen Group and the Canadian company Northland Power.

It is already clear that the Polish offshore game is entering its decisive phase. How does Łeba, as a city that will directly benefit from these investments due to the proximity of future offshore wind farms, view offshore investments?

The farm itself will be located approximately 23 kilometers from the shoreline near Łeba and Choczewo. It is planned for approx. 70 wind turbines, and its sea area is estimated at over 130 square kilometers. In the vicinity of the yacht port, however, a service port will have its base to handle the investment, the construction of which is planned for the years 2024-2026.

The first reports show that, according to the assumptions, the service base of the Baltic Power farm will serve three or four CTV vessels intended for the transport of service personnel. And each of them will take up to 24 technicians on board at a time with the necessary equipment. Who will have a chance to find employment in the service port?

It is a huge challenge and undertaking. And this will be associated primarily with new jobs, it is an impulse for the city's development and new opportunities. Not only Łeba and the port will benefit, but also the region. The local supply chain sees great hopes for the investment.

For residents who are professionally associated with the sea, it is also a great opportunity to change industries and use their competences in cooperation with ship owners serving farms. It is up to us how we approach it and how we use these changes. 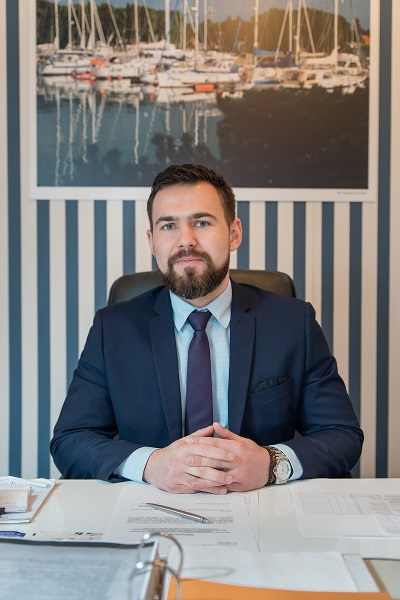 What do you mean by „approach”?

Some are already asking about future job opportunities, its nature and needed qualifications. Developers are also doing some research. There is still some time to change the field, get the necessary courses. There is certainly a wave of change coming, and there is a saying that when a wave comes in, you can try to run away from it or surf it. Changes in energy sector and economy are global, so in my opinion it makes no sense to run away from it, let's try to take advantage of them.

Is Łeba already thinking about how to train service technicians?

The city authorities look very favorably on offshore development. Recently, the mayor of Łeba signed a letter of intent in the area of offshore wind energy development. This is to apply to new fields of study in the Lębork poviat. We want to train our own employees as much as possible. This is very important for the region from which young people, unfortunately, have been leaving in recent years. Some people may keep some of these investments. It would certainly be a great success.

We already know that almost the entire western part of the port is dedicated to the service center. The zoning plan will change to take advantage of the opportunity for development.

Port characteristics may change significantly. Until now, the port in Łeba was a small, charming fishing port. Now we have a chance to separate the industrial part. As you know, completely different money follows the industry, which may affect investment in infrastructure. I think that thanks to this huge investment, we, as neighbors, can also count on the improvement of the port's buildings.

You emphasize that the port you run is unique. This is partly because the area of the yacht marina is managed by a municipal company, i.e. Port Jachtowy w Łeba sp.z o.o., which is unique among most ports. What are the possibilities of the Yacht Port?

The plot leased by the commune is directly adjacent to our marina. So I see great opportunities for cooperation with offshore investors and business partnership.

The advantage of the Yacht Port is certainly the port basin for 120 vessels of various classes. Both sailing yachts up to 18 meters and motor yachts up to 24 meters can moor. Mooring spaces allow you to use water and electricity connections. It is also worth noting that the mooring spaces are located next to the gangways of floating platforms - thanks to this, it will be possible to reconstruct the equipment of the yacht basin as well as carry out port works and modernization of infrastructure.

Does the Yacht Harbor in Łeba have a chance to change in the near future?

For now, I cannot reveal the details, but we already have plans for innovative development of places around the basin. There are also some challenges that the port has been facing for years.

What are these challenges?

The cyclical problem is the shallowing of the port entrance. The problem is that sediment is deposited from the port canal and from the sea itself. Dredging a harbor basin is an expensive investment that needs to be repeated regularly. Thanks to the favor of the Łeba City Commune, the pro-development policy of the mayor and our local government, we managed to obtain support from the commune's funds for this year's pre-cleaning works. However, it is a recurring problem every year.

The Maritime Office deals with the problem perfectly, investing in dredging the fairway in the port channel even several times a year. We are counting on further fruitful cooperation with the municipal commune, the Maritime Office, as well as the sector of companies that are just entering Łeba. We will be users of the infrastructure together, and I think we all care about the same thing - safety of navigation.

Are there any chances to stimulate the tourism, entertainment and housing sector in Łeba thanks to the offshore development and investments?
Łeba is a small and quiet town, quite sleepy out of the season. We hope that the construction of the service port will have an impact on the character of the city, perhaps revive it a bit also in the off-season.

We, as the Yacht Port, have extensive accommodation facilities in the immediate vicinity of the sea next to the port channel. These are comfortable apartments where future employees can rest after work.

Of course, offshore development may attract new residents and families to us, who will find not only a job, but also a new home. The restaurateurs and the entertainment industry are also counting on development and greater demand. The Yacht Harbor in Łeba and the entire city have a lot to offer in this matter. Maybe some of these employees are passionate sailors who will relax on yachts in their spare time?

Thank you for the conversation.

Most recent
Orlen will lease land for the service center of offshore wind farms in Łeba
2022-01-18
Who is who in Polish offshore? Ocean Winds: "We are preparing to apply for new offshore wind locations"
2022-02-15
PGE and Ørsted are launching a tender for the rental of offshore wind turbine installation vessels for OWF Baltica
2022-01-30
Next Geosolutions offshore ship renovated in Poland
2021-11-27
SHOW MORE
Meet innovative companies from Poland
SHOW