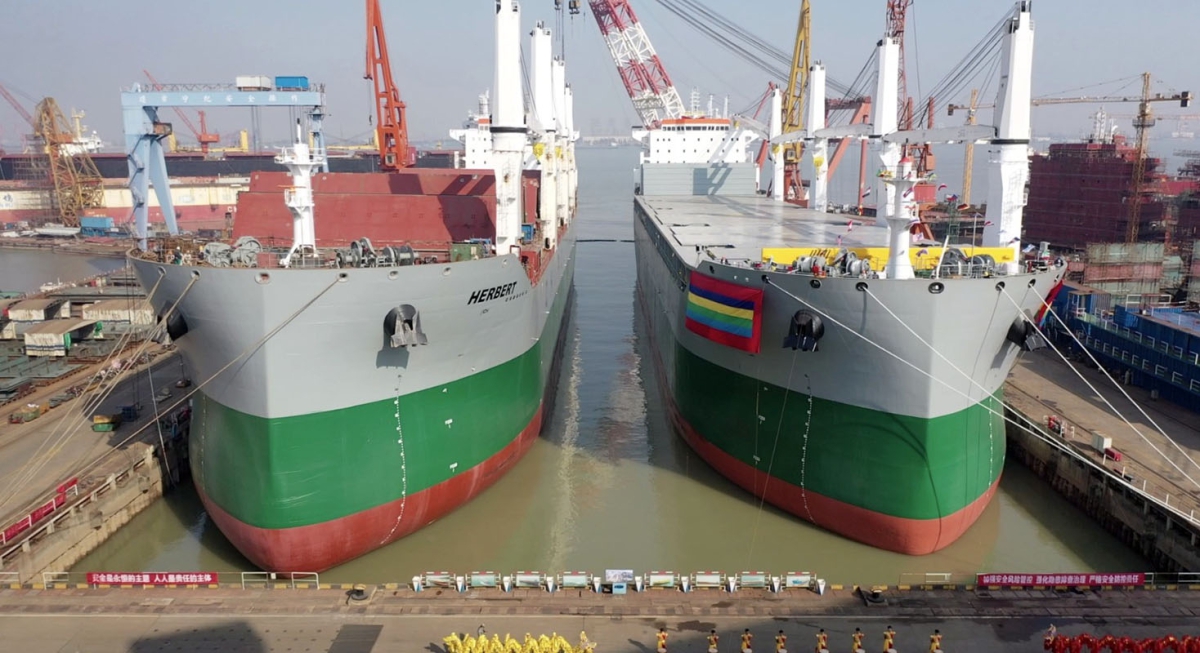 At the Chinese Chengxi shipyard, a ceremony was held for giving a name and handing over to Chipolbrok of the first of the new multi-purpose ships ordered.

Tai Xing, because that is the name of the new vessel in the Chinese-Polish Joint Stock Shipping Company Chipolbrok fleet, is the first ship in the ordered series of multi-purpose heavy bulk cargo units, equipped with cranes. These will be the largest Chipolbrok ships in terms of load capacity - the value of this parameter in their case is 62,000 tone.

Tai Xing was built in Chengxi for a year - work officially began in November 2020, and the ship underwent sea trials 12 months later. Another ordered ship of this series - Herbert - is already undergoing finishing works. The last of the four units of the series is to be ready in October 2022.

The Tai Xing series ships are 199 meters long, over 32 meters wide, and their draft when fully loaded is 13.5 meters. They are equipped with four deck cranes serving five holds. According to Asian media, the series ships are the world's largest multi-purpose vessels with their own cranes.

Tai Xing is set to embark on its first tour in days. Its first port will be Chinese Penglai, where a cargo in the form of wind farm elements produced for the investor in Ecuador awaits.

Industry media also informed that the third of the ordered ships will be named Pilecki (after Witold Pilecki, co-founder of the Secret Polish Army resistance movement during World War II, national hero), and the fourth - Yong Xing. The shipowner, in accordance with its tradition, calls the units in pairs - in Polish, usually with the names of Polish artists or national heroes, and Chinese.