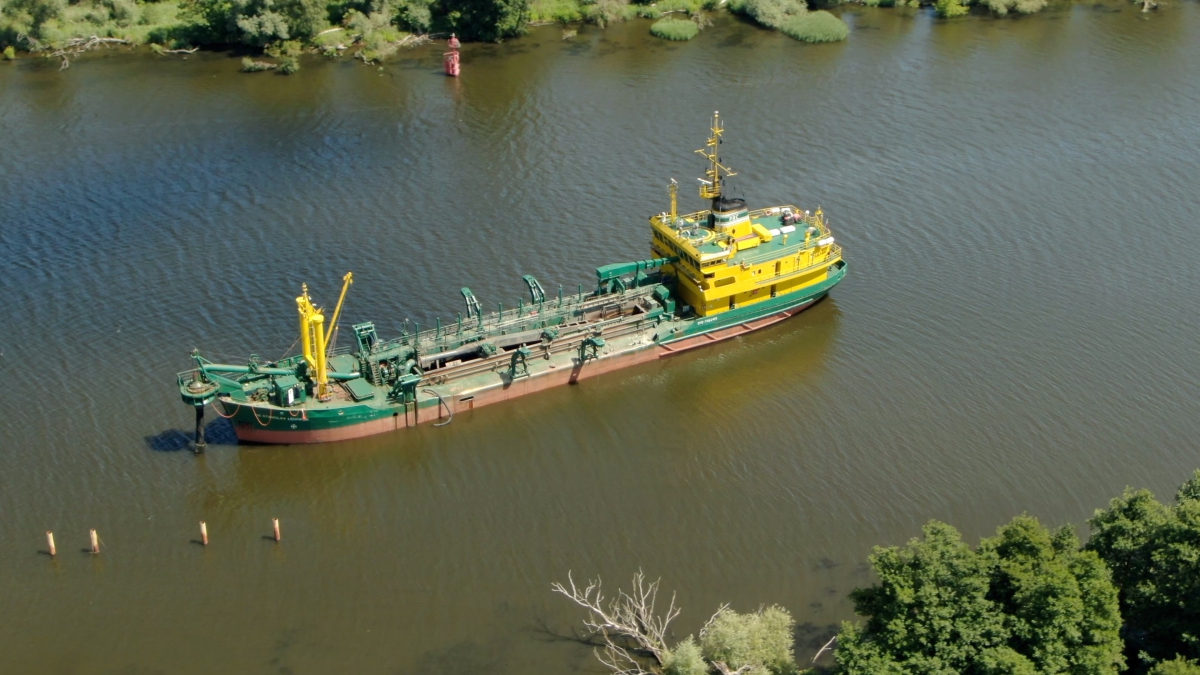 Better access to the port of Szczecin in the area of ​​the Dębicki Canal will soon become a fact. So far, over 40 percent of the works planned there have been completed and the work has just entered the most important phase - the dredging has begun.

The investor in the modernization and expansion of the Szczecin port is the Szczecin and Świnoujście Seaports Authority. As part of this task, among others, construction of a new Norwegian quay (constituting an extension of the line of the already existing Finnish quay, which serves as a container terminal) and modernization of the existing Czech and Słowackie quays.

In addition, the Danish quay is to be built at a length of approx. 770 meters, which will act as a protection for the shore of Ostrów Grabowski and allow for the extension of the Norwegian quay line in the future.

The common element for all quays is the extension of the Dębicki Canal to a width of 200 m (currently 120 meters) and the deepening of the basin to a technical depth of 12.5 m.

As the contractor for this investment convinces, a consortium of NDI S.A. and NDI SOPOT S.A., the implementation is very smooth, so you can already enjoy the next, particularly important phase of construction.

- We have started the key works for this task, i.e. dredging works. Dredging of the bottom is carried out with the use of a dredger - a vessel called "Inż. Stanisław Łęgowski ”. It collects excess sand and sediment to achieve the required target bottom - says Piotr Arabczyk, project director from the NDI Group. - After filling the hold, the ship goes to a specially prepared berth in the section of the Mieleński Piercing, where the collected spoil is transported by a system of short pipelines onto a special previously prepared dump site.

Importantly, all works are carried out under the constant supervision of ornithologists, who take care to preserve the natural state of the environment in the construction area.

But these are not the only works that the NDI Group is currently carrying out in the Szczecin port. Apart from the commencement of dredging works, all sheet piling has already been buried at the Norwegian and Danish Quays and 100% of the work has been completed. ground anchors. At the Czech and Słowacki quays, also during the first stage, all the anchors and the entire palisade consisting of steel pipes (255) and sheet piles (252) were made. Currently, the contractor is implementing target reinforced concrete structures, the completion of which is scheduled for the beginning of 2023. After their completion, it will install safety devices, i.e. sea fenders, bollards, rescue equipment and elements securing the movement of land transport.

- Since we have secured the key building materials in advance, Szczecin will gain a completely new 300-meter-long Norwegian quay at the beginning of 2023. It will be fully adapted to servicing ships - emphasizes Piotr Arabczyk, project director.

Work is also in full swing on the dumpster field on the Ostrów Mieleński island, where, among others, approx. 65% of the work platform and approx. 15% of the so-called containers that will form the embankment of the new silting field.

All works will be completed by mid-2024. The project is co-financed by the European Union from the Cohesion Fund under the Infrastructure and Environment Operational Program. The cost of the works is approximately PLN 343.1 million gross. (text + photos and video: NDI).