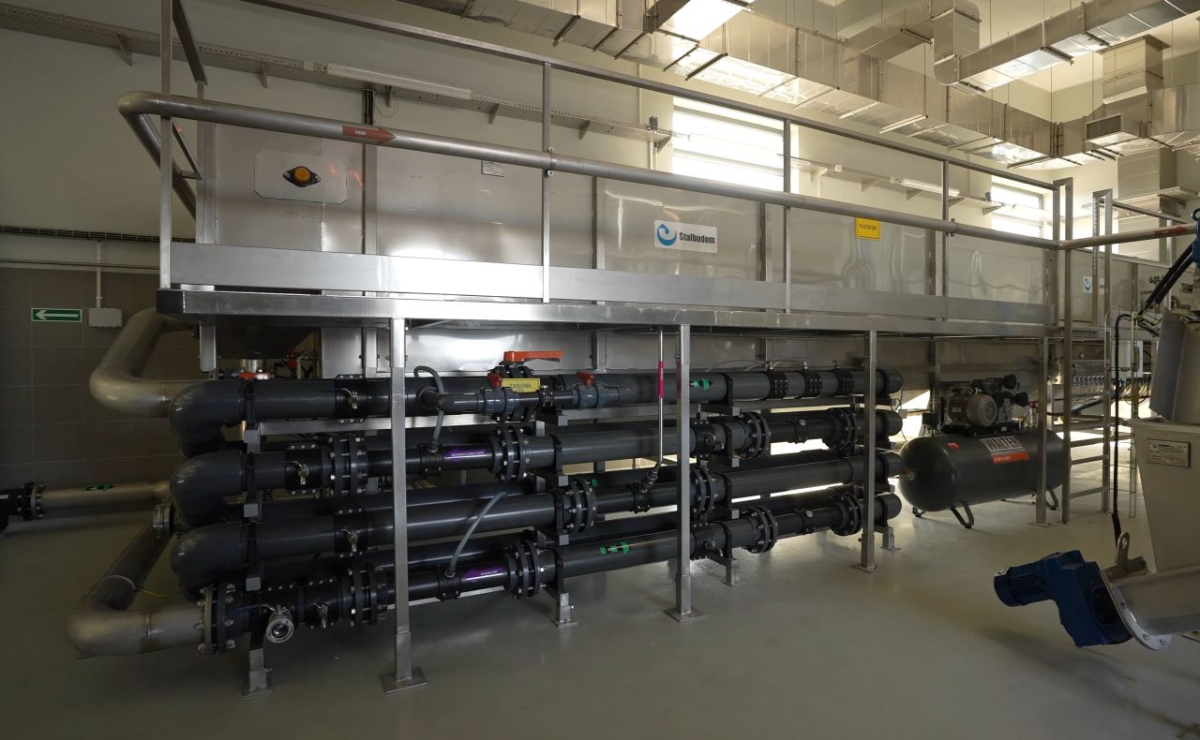 Seaports, Shipping, Logistics
[VIDEO] Port of Gdynia. A system for treating and disposing of sewage from passenger ships has been created

The Port of Gdynia has gained an important infrastructure from the perspective of the natural environment - thanks to a special system, sewage from ferries and cruise ships will be treated and discharged directly into the city network.

As you can easily guess, the sewage generated on ferries and cruise ships cannot be discharged into the water. So what happens to it? It's discharged in ports. While this is often done simply by means of special sewage vehicles, the Port of Gdynia is about to launch a system that will make the whole process much easier, what is more, it will bring a great relief to the natural environment.

Gdynia as a precursor on the Baltic Sea


On Thursday 24th March, the project named "Construction of port infrastructure for receiving sanitary sewage from ships in the Port of Gdynia" was officially completed in the Port of Gdynia. The most visible element of this infrastructure is the building of the so called sewage pre-treatment plant located at Polska Street. However, this is just the tip of the iceberg - the project worth almost 62 million PLN involved the construction of special installations, tanks and sewage systems stretching from the quays along the entire length of Polska Street. Through which wastewater will be discharged directly from passenger ships, properly treated and introduced into the municipal system.

According to Jacek Sadaj, President of the Port of Gdynia Authority, this is the first installation of this type in the Baltic Sea.

- Nowadays, in order to establish good relations with our contractors, who place ecology very high in the hierarchy, we have to take care of ecological directions ourselves. Today we can proudly say that we are the first sea port in the Baltic Sea basin which can boast of an installation for taking care of sanitary waste from passenger vessels - said Jacek Sadaj. 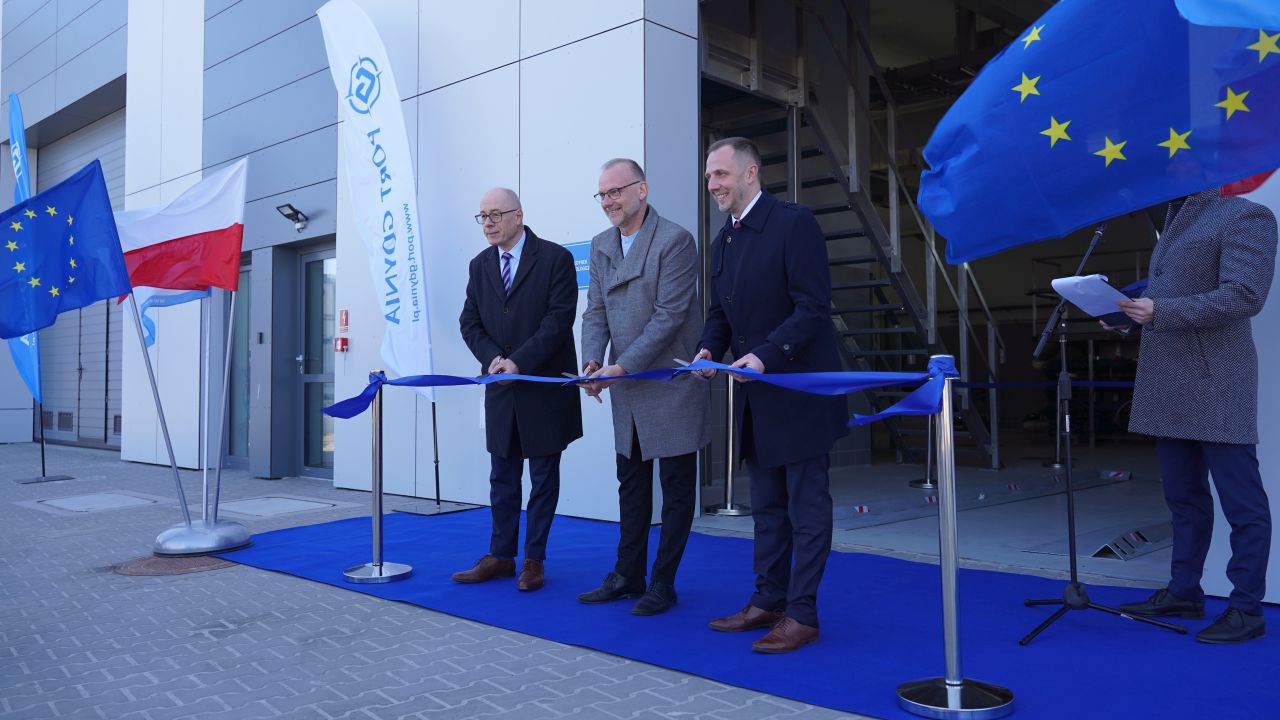 The president also said that the investment made it possible to create new squares and parking lots, under which the system's elements are stretched. The area has therefore been used optimally. Sadaj also added that ecological solutions implemented in Gdynia are appreciated by the port's contractors.

Why is the new ship sewage disposal system an ecological solution? First of all, the sewage is properly treated before it enters the municipal system. Moreover, by resigning from using sewage collection vehicles and minimizing the risk of leakage into the water, the negative impact of the shipping activity on the environment will be reduced.

This fact is also welcomed by Gdynia city. The vice-president of Gdynia for innovation, Michał Guć, who was present at the conference crowning the project, emphasized that it was a very big and important investment.

- The support from the Operational Programme Infrastructure and Environment obtained by the Port of Gdynia Authority allowed to implement a target, high standard investment that significantly improves environmental conditions. Thanks to this, wastewater from ships, where most of it is generated, from ferries, from cruisers, on which we as a city care a lot, will be directed to the treatment plant. This is a large-scale project and it has been implemented very efficiently by the Port of Gdynia Authority - said Michał Guć.

Four ships at once

Passenger ships have the option of discharging sanitary sewage at the French and Belgian quays and at the newly constructed ferry terminal.

- From these areas, wastewater flows through a pumped-gravity sanitary sewer system, via six pumping stations, and enters the pre-treatment plant in an expansion well. The heart of the wastewater treatment plant is located in the process building. In order to discharge the wastewater into the municipal network, it has to meet a number of requirements. The variant which we have chosen as the most optimal is the mechanical-chemical pre-treatment method - explained Magdalena Klawikowska, sanitary investor supervision inspector on behalf of the Port of Gdynia Authority. As she informed, the maximum capacity of the pre-treatment plant is 1680 m3 per day, which allows four ships to be serviced at the same time. 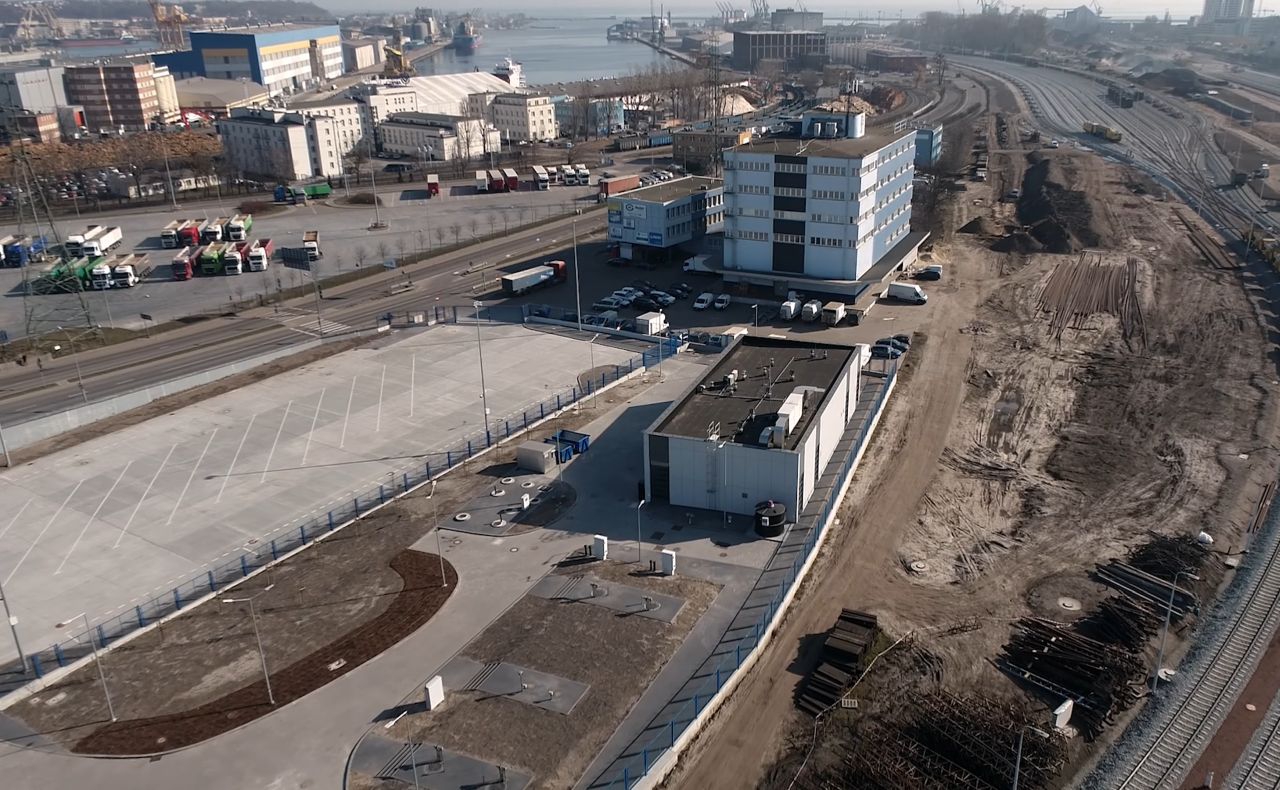 The entire project cost nearly PLN 62 million. Work began back in 2019. In the first phase, a discharge installation, a sanitary sewer network, retention and equalization tanks and a catchment well were built. The second phase of the project involved the construction of the pretreatment plant itself and the development of the area occupied by its facilities, as part of which the truck parking layout was also reconstructed.

The project was financed with own funds of the Port of Gdynia Authority and the EU funds. The subsidy obtained for its implementation from the Cohesion Fund under the Operational Programme Infrastructure and Environment 2014 - 2020 amounted to PLN 18.70 million.