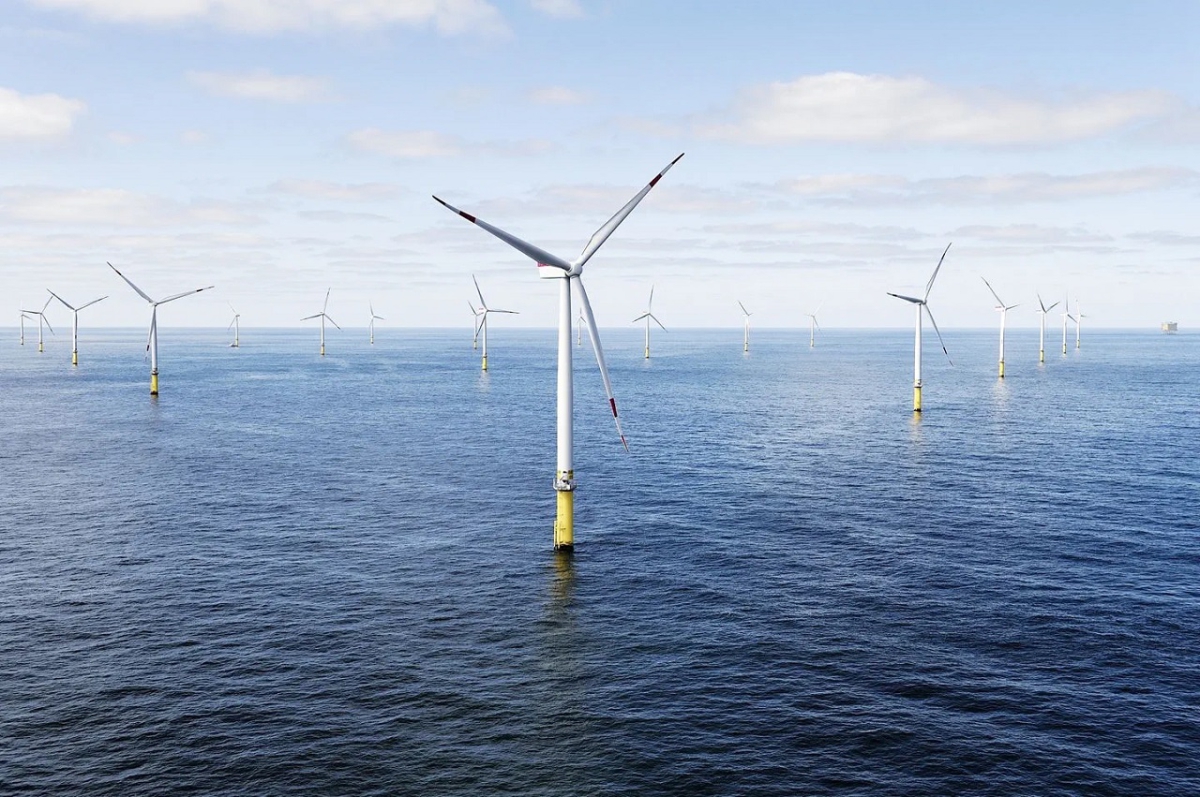 Offshore, Offshore Wind
Who is who in Polish offshore? Ørsted: Poland is a strategic market

The emerging offshore wind energy market in Poland attracts more and more companies and investors from abroad. Wind farms in the Baltic Sea will support Poland's energy transformation, but will also be the backbone of the emerging economic sector. On behalf of the editorial office, I invite you to the series of texts "Who is who in the Polish offshore?" about the participants of the Polish offshore wind market. In the first, we asked Ørsted a few questions. - Poland is a strategic market for us - emphasize the Danes. The coming year will be a period of intense dialogue with the market by Ørsted.

The history of the Danish company Ørsted dates back to the 1970s and is related to the oil crisis of 1973. At that time, the Danish government started mining activities in the North Sea in order to protect the country's economy. The company Dansk Olie & Naturgas A / S (DONG) was founded, which since 2017 has been known as Ørsted in honor of the Danish scientist Hans Christian Ørsted, who worked on electromagnetism. During these several decades, the Danish company has expanded its activities not only to foreign markets, but also other energy sectors, including renewable energy. In the 1990s, the company started operating in the field of wind energy - in 1991 it was DONG who launched the world's first offshore wind farm, Vindeby. Today, the Danes are focused primarily on the development of alternative energy sources, above all - wind energy.

In the meantime, the Danish company noticed the investment potential also in Poland, starting its operations in 1990. The recent emergence of investment opportunities in offshore wind energy in Poland was associated with the natural commitment of Ørsted, which knows the Polish energy market well. The Danes have become a strategic partner of PGE Polska Grupa Energetyczna, the largest electricity producer in Poland. Following the finalization of the contract announced on February 10, 2021, PGE Polska Grupa Energetyczna and Ørsted now own 50 percent shares in the Baltica 2 and Baltica 3 projects, which make up Morska Farma Wiatrowa Baltica (Offshore Wind Farm Baltica) - the largest offshore wind investment in the Polish part of the Baltic Sea. The partners will jointly build and operate offshore wind farms with a total installed capacity of up to 2.5 GW.

Baltica 2 and Baltica 3. What is happening now with the projects?

Ørsted informs in a comment that both stages of Morska Farma Wiatrowa Baltica already have location decisions (PSZW), connection agreements with the transmission system operator, and have been granted the right to a contract for difference (CfD). The company adds that both stages of Baltica OWF have a common environmental decision for the generation part.

- Currently, the process related to obtaining environmental approvals for the part related to the transmission system to the national network is underway. We also took another step towards creating a financial model for the project, starting in October 2021 the process of talks on the individual value of the contract for difference - informs Aneta Wieczerzak-Krusińska, spokeswoman for Ørsted Polska.

Upcoming plans. In 2022, there will be an intensive dialogue with the market

Ørsted informs that, together with PGE, it is continuing preparatory work leading to the launch of the construction stage of the Baltica Offshore Wind Farm. It notes that it is an intensive time to obtain permits, firstly environmental, and then building permits.

- Tender processes are carried out at the same time. In this respect, the coming year will be a period of intense dialogue with the market. We want to inform interested players about the possibilities of getting involved in the chain of suppliers of the largest offshore farm project in the Polish part of the Baltic Sea - informs the spokeswoman.

Currently, the company is working on creating a partnership with another local player - ZE PAK. - Together, we intend to take part in the upcoming competition for new locations for offshore wind farms in the Polish part of the Baltic Sea. If we are successful, we will start the RES auctions planned for 2025 and 2027 - she points out.

The joint project of offshore wind energy Ørsted and the largest private energy producer in Poland is to support the path of ZE PAK towards climate neutrality and the transformation of the national economy towards low-emission.

The participation of Polish entrepreneurs in the development of offshore wind energy projects is one of the key topics undertaken in the industry, but also by Polish decision-makers. Pomerania sees particular opportunities in this sector.

We are asking Ørsted about the involvement of Polish entities so far. Wieczerzak-Krusińska indicates that Polish companies were very visible in offshore wind farm projects in Poland, especially in the development of the Baltica Offshore Wind Farm, implemented in two stages, Baltica 2 and Baltica 3 - either independently or in partnership with foreign players.

- Most of the advisory work carried out was carried out by Polish consultants, and Polish companies were also heavily involved in the exploration of the seabed (e.g. drilling and geophysical surveys). During the construction phase and larger scopes, we would like to continue to use Polish suppliers or foreign suppliers with production plants in Poland. To take full advantage of this potential, we need to see more investments in production facilities based in Poland. If this happens, I can say without hesitation that there is a chance to build a competitive industry around the sector, which over time may reach contracts around the world - she emphasized in the commentary.

Ørsted observed a similar development on many large global markets, where, after the initial investment phase and thanks to the cooperation of consortia of local and international players, national champions emerge who can be competitive on a global scale.

- Our analyzes carried out together with PGE show that the FW Baltica Offshore Wind Farm project would have a chance to engage Polish suppliers and sub-suppliers at an average level of 20-30 percent throughout the entire life cycle. It is an ambitious but realistic goal. This coincides with the agreement concluded in the offshore agreement, which Ørsted and PGE signed in mid-September 2021 - adds our interlocutor.

- Poland is a strategic market for us and we look at it in the long term - emphasizes Ørsted. - We want to build the competences of future employees and companies with whom we hope to share 30 years of experience and knowledge of our R&D teams in both stages of the development of the Polish market - comments Aneta Wieczerzak-Krusińska.

The Danes are one of the signatories of the "Polish Offshore Wind Sector Deal", a sectoral agreement for the development of offshore wind energy in Poland. The main objective of the agreement is to support the development of the sector in Poland and to maximize "local content", i.e. the participation of Polish entrepreneurs in the supply chain for offshore wind farms being built in the Polish exclusive economic zone.