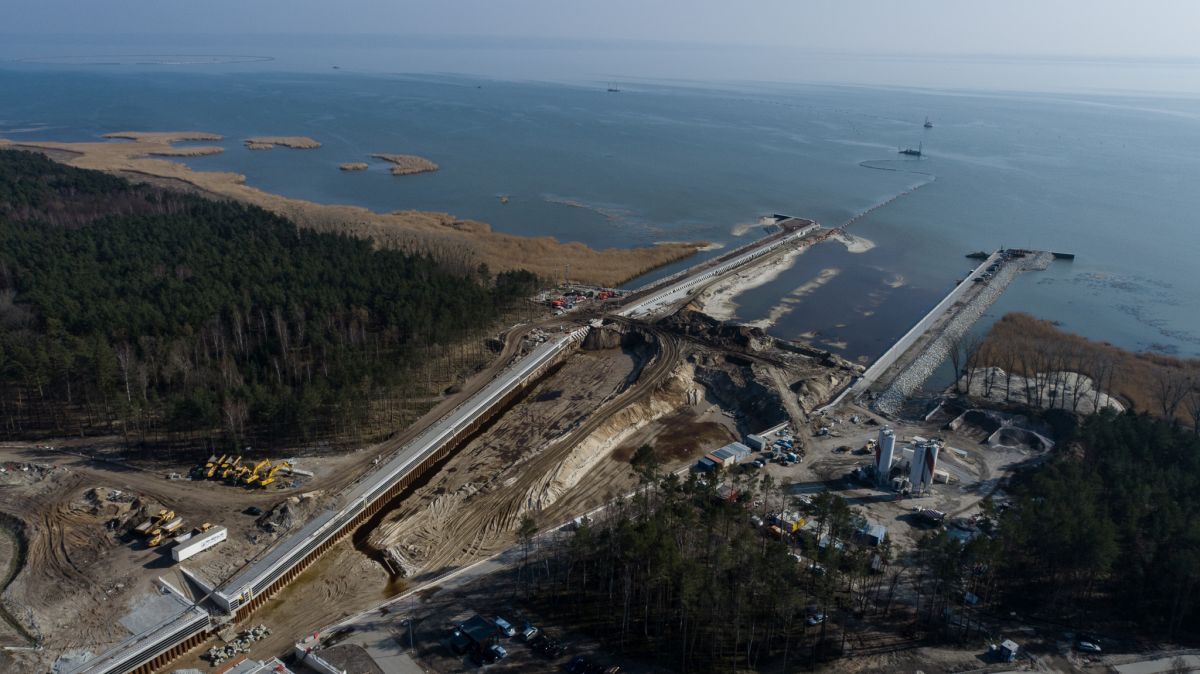 Seaports, Shipping, Logistics
Will the Vistula Spit canal be completed by the summer vacations?

The construction of the waterway connecting the Vistula Spit with the Gulf of Gdansk is nearing completion. The investment consists of four stages. We checked how the works on the crosscut of the Spit are progressing.

The idea of the crosscut and the construction of the new waterway was dictated by the development needs of the port in Elbląg. The investor is the Maritime Office in Gdynia and the general contractor is a consortium of NDI & Besix companies.

The whole project will enable much bigger vessels to enter the port: 100 metres long, 20 metres wide and with a draught of 4.5 metres. The time of arrival at the port of Elbląg will also be shortened. Currently, ships have to sail through the Piława Strait, which connects the Vistula Lagoon with the waters of the Baltic Sea.

- The works are at the level of 90 percent advanced, there is about half a year left until the end of construction - says Barbara Olczyk, deputy director for investments at the Maritime Office in Gdynia, in an talk with GospodarkaMorska.pl.

The north and south bridges have already received the permits, while in the sluice all the reinforced concrete works have been completed and the gates have been installed in the northern and southern pockets.

- Testing of the south gate is in progress, while as far as the navigation channel is concerned, sheet piling has been completed there and reinforced concrete heads have been made. At the moment, fenders, railings and racks are being fitted - she enumerates. 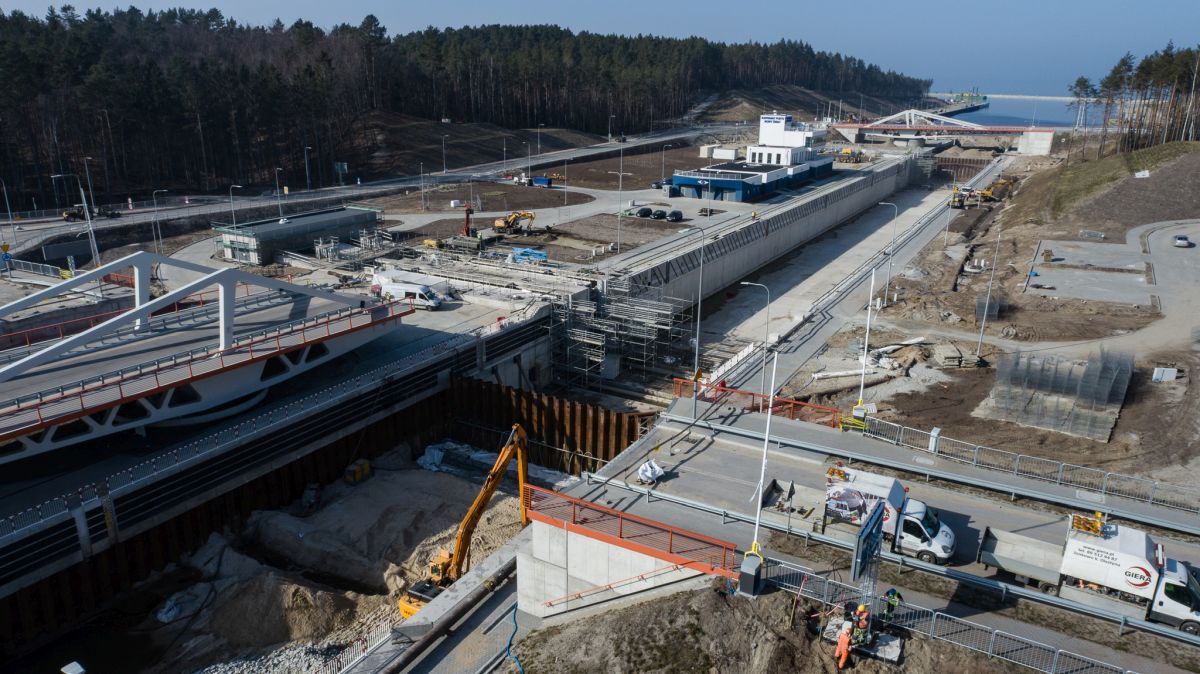 What is the progress of work in the shelter port?

What is happening on the island in the Vistula Lagoon?

- Here we have finished silting works inside the island, activities connected with placing stone filling are in progress - she informs.

In the second stage of the investment the project is about 30 percent advanced. It is expected that the construction should be completed in a year. Currently the existing bank reinforcements are being dismantled, the sheet pile wall has already been plunged, micro-pile and reinforced concrete activities connected with the bridge abutment in Nowakowo are being performed.

The third stage is connected with dredging of the track on the Vistula Lagoon. - At the moment we are at the stage of tender proceedings, we are planning to open bids - she says.

The fourth stage of the investment will be dredging of the Elbląg river. - We are about to announce a tender procedure - Olczyk announces.

All activities related to the diversion of the Spit, including the fourth stage, should be completed in fourth quarter of 2023. 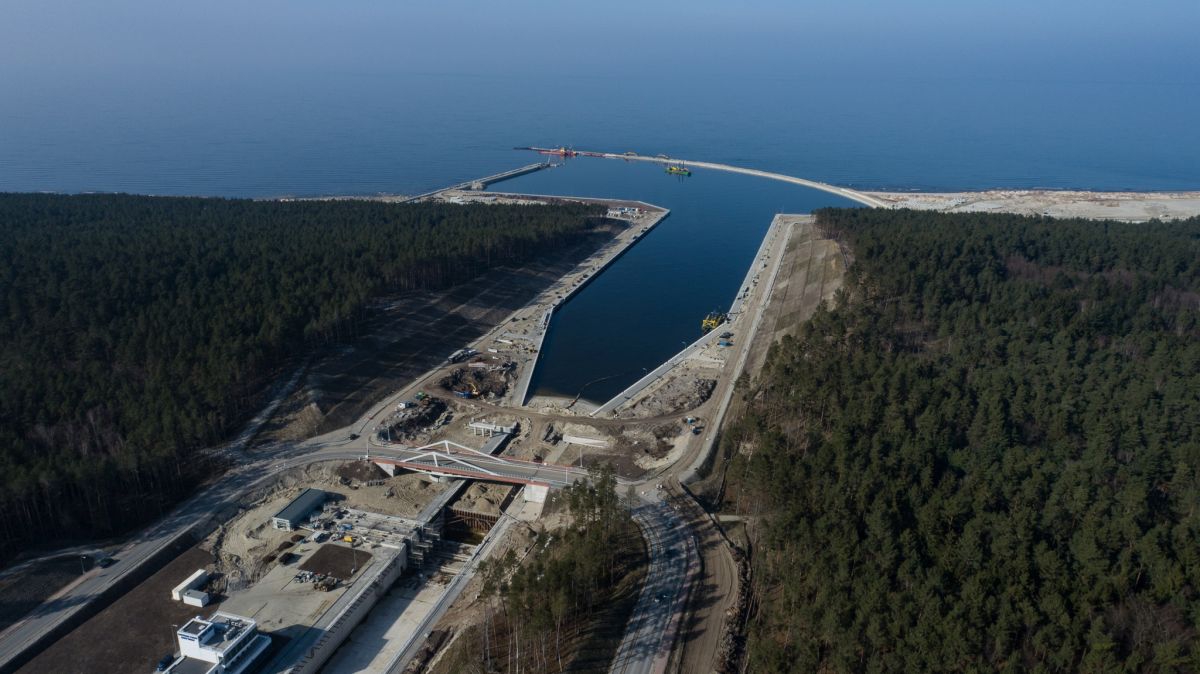 The area of the Spit crosscut changes from day to day. When will it be finished?

Mariusz Janczewski, the construction manager from the NDI/Besix consortium, also told us that activities at the Spit site are well advanced.

- Work is currently underway on both the marine and land sections - says Janczewski. - On many fronts, we have already started the finishing touches, we are humus-forming, planting plants, and preparing individual stages of the construction for use.

Consortium is in the process of obtaining a use permit for the captain's office building. As a result, the Maritime Office in Gdynia will soon be able to start its activities here. This will involve, among other things, training of the personnel who will be responsible for supervising the system of sluicing objects at the canal.

The weather conditions are also important for the completion date of the investment. And these have recently been very favorable.

- It should be emphasized that there is a very experienced team working here, which makes use of each day in 100 percent. I am proud of the whole team. Everyone is anxious to finish the contract as soon as possible and to make the facility usable - emphasizes Mariusz Janczewski.

The site manager confirmed that approx. 90 percent of the works have already been completed.

- We have a few months left to finish, and during this time we will commission subsequent stages. After the Captain's Office building, we would like to obtain the use permit for the sluice, and in the next steps the northern and southern canals will be completed. The last stage, if the weather will be favorable, will be the protective port in the form of the western and eastern breakwater. It will problably be ready at summer vacations - predicts the manager. 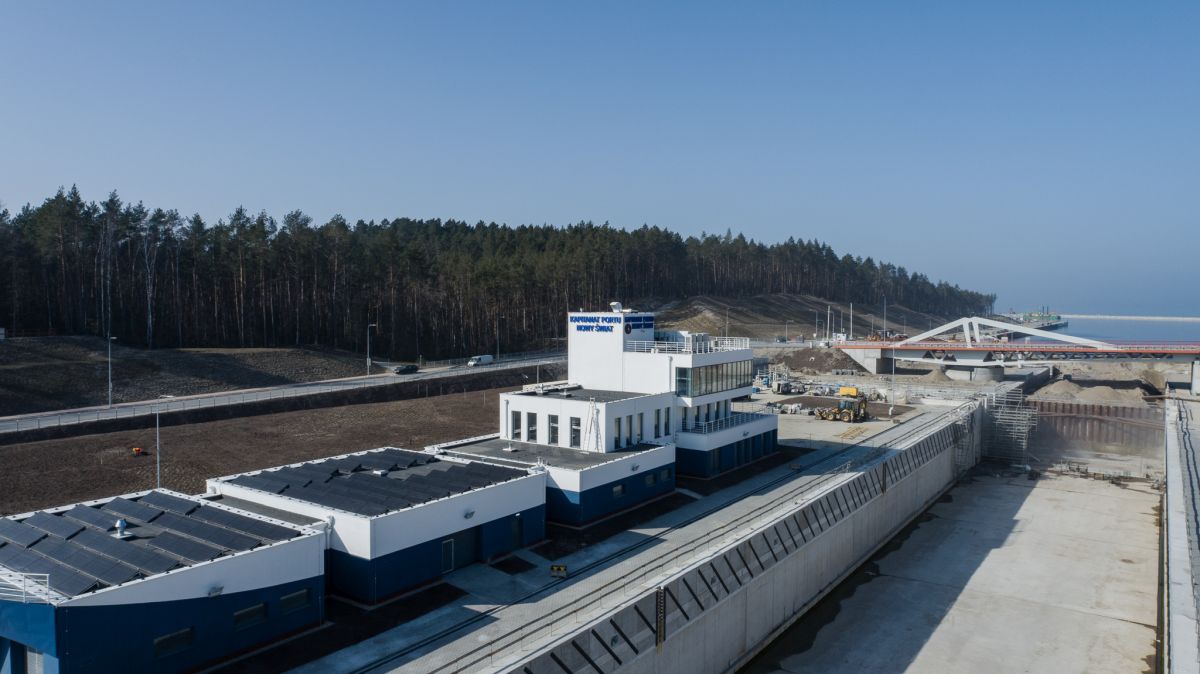 In terms of the technological challenges involved, many innovative solutions were used at the crosscut.

- The "x-block plus" precast concrete elements that we used for the breakwater lining are particularly innovative. These are special elements invented and developed by a Danish hydroengineering team. It is worth emphasizing that the Spit crosscut is the second construction site in the world which uses such elements and the first one to build them underwater - he points out.

The investment will introduce many conveniences.

- I think that the ditch is important not only because of the commercial traffic - the construction manager points out. - It will affect tourist traffic and efficient crossing from one side to the other. Especially practical is the design of vehicular traffic, which uses two swing bridges to smoothly maintain passage from the west to the east - and vice versa.

The depth of the cross-cut is 5 meters, which means that it is designed for vessels with a draft of 4 to 4.5 meters. The depth of the lock is 6.5 meters, so it is adjusted to possible future deepening.

- 10 thousand concrete prefabricated elements were delivered to the investment site, and as far as the walls are concerned, we are talking about a dozen or so kilometers in a straight line. We also used 50 thousand m3 of concrete and several thousand tons of steel. We performed 3 million m3 of earthworks - he enumerates.

- The Spit crosscut is a historic event and its completion allows us to look into the future with hope as far as hydro-engineering works in our country are concerned as well as the growing capacity of our ports and the expansion of offshore possibilities - sums up Mariusz Janczewski.

Let us add that the contract with the contractor for the shipping canal across the Vistula Spit was signed in 2019 with the Polish-Belgian consortium of NDI and Besix, which offered a price of PLN 992 million 270 thousand. The final value of this project is expected to be around PLN 2 billion.

Most recent
A new building of the Maritime Office in Gdynia for PLN 16 million
2022-02-04
Maritime Office in Szczecin. This is where important decisions for ports are made and innovative solutions are created [VIDEO]
2021-12-20
The Port of Elblag closes its doors to coal from Russia. President: We stand in solidarity with the Ukrainian people
2022-03-08
The Elbląg Sea Port is starting to monitor air quality
2022-01-19
SHOW MORE
Meet innovative companies from Poland
SHOW