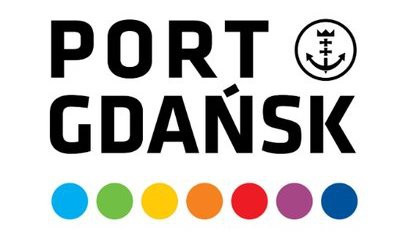 General cargo is handled in the Inner Port as well as in the Northern Port (DCT). The Inner Port facilities are suited to handling general cargo and include quays such as Oliwskie, Wislane, Szczecinskie, Przemyslowe, Rudowe, Weglowe and Obroncow Westerplatte, and also the quays of the Port Free Zone with an up-to-date citrus fruit handling base. The quays of the Gdansk port are universal in nature and provide the handling of general cargo, including cargo packed in pallets, bags and big bags as well as oversize and heavy lifts, rolled steel products and hazardous cargoes.

Additionally, the Port of Gdansk provides the border veterinary inspection of all animal products in compliance with standards of the European Union. The Border Veterinary Inspection Post is situated at the Wislane Quay and another one is being constructed in the Northern Port.

These terminals operate mainly feeder and short sea shipping services. The Deepwater Container Terminal is designed to accommodate the largest vessels that can enter the Baltic Sea i.e. Postpanamax vessels.

Both GTK and DCT offer a variety of integrated terminal and holder depot operations: a full range of container handling and services, stuffing and stripping, repairs and cleaning, reefer plugs for refrigerated containers.

The Port of Gdansk provides services to Ro/Ro vessels at the quays of the Port Free Zone and at the state-of-the-art Westerplatte Ferry Terminal. A Ro/Ro ramp is also available at the Polferries Terminal operated by the Polish Baltic Shipping Co. offering regular ferry connections to Sweden, and additionally at the Deepwater Container Terminal.

Situated within a short distance of the entrance to the Inner Port, the Port Free Zone operates the handling of motor vehicles from manufacturers from the Far East and European countries. The Port Free Zone facilitates the storage of imported goods free of customs duty and guarantees, quota and tax for an unlimited period of time. Picking up and customs clearance of goods in batches is also available. Registration of goods supplied to and picked up from the Port Free Zone is implemented by means of an IT system.

The Westerplatte Ferry Terminal is located on the eastern bank of the Port Canal and provides docking berths fitted with Ro-Ro ramps as well as extensive storage and manoeuvring yards.

The Coal Terminal is thoroughly mechanized and tailored to handling coal directly from railcars onto ships, or indirectly with the use of open storage yards. The terminal offers a comprehensive range of equipment and facilities such as dumping and loading machines, coal bunkers, a system of conveyor belts, an extensive rail siding and car tipplers with tunnels for the defrosting of freight cars, which enables the year round operation of the terminal.

The Northern Port offers two state-of-the-art terminals designated for handling liquid fuels and liquefied gas. Additionally, fuel and base oils are handled at the Obroncow Poczty Polskiej Quay in the Inner Port.

The Liquid Fuel Terminal is fully automated, it can accommodate the largest vessels navigating the Baltic Sea and offers four docking berths. The individual berths are suited to handling crude oil and oil derivatives as well as fuel and diesel oils. They are enclosed in sealed docks fitted with spillage protection barriers and a fire protection system. Handling operations are performed with the use of an environmentally safe closed system technology. Transport of fuels in both directions, including supplying refineries and plants in Poland and in the eastern regions of Germany, is carried out through a network of pipelines and handling stations operated by PERN and the LOTOS Group SA refinery. The throughput capacity of the terminals guarantees Poland's energetic safety.

The Liquefied Petroleum Gas Terminal is designated for the reception, storage, partial blending and distribution of liquefied propane-butane gas by means of tank cars and trucks. It is equipped with facilities such as digged in tanks, pumps supporting the discharge of gas from vessels, gas heating and carrying systems to storage tanks, pumps transporting gas from tanks to reloading berths and a gas blending system.

The Port of Gdansk offers a comprehensive range of specific cargo operations that require highly specialist handling and storage technologies.

There is a phosphorites handling base available at the Chemikow Quay which, together with the adjacent Przemyslowe Quay, facilitates the handling of cargoes such as fertilizers, liquid chemicals, minerals and molasses. The base is fitted with gantry cranes as well as direct pipeline and conveyor belt connections.

The Obroncow Poczty Polskiej Quay offers a terminal dedicated to the handling of sulphur as well as other bulk, including molasses and aggregates.

Operational in the port, there are grain elevators situated along the Port Canal at quays such as Wislane, Zbozowe and Oliwskie handling feeds, rye, wheat and barley. A malt processing plant is located at the Bytomskie Quay. Malt, barley, as well as medical and technical gases are handled at this quay.

The quays of the Gorniczy Basin (Rudowe, Weglowe and Administracyjne) are particularly universal in character. They are suited to handling coal and general cargo as well as grain, aggregate, iron ore and fertilizers. Additionally, it accommodates a scrap handling plant.

The historic city of Gdansk and the medieval Malbork castle as well as the spectacular landscapes of the Kashubian Switzerland render the Gdansk port a very attractive destination for passenger ships.

Ferry services are operated by the Polferries Terminal and a state-ofthe-art Westerplatte Ferry Terminal situated on the historic peninsula and within a 15-minute drive of the centre of Gdansk. The Terminal is conveniently linked with the national and international road network. It offers docking berths fitted with Ro-Ro ramps, a passenger terminal with administration and office spaces as well as customs clearance and passport control points, a sheltered gangway for foot passengers and six customs and border clearance stands for vehicles.

Westerplatte provides one of the docking berths for cruise vessels, which are additionally accommodated at an elegant waterfront along the Captain Ziolkowski Quay. Both quays have convenient public transport connections with the city centre.

CONTACT WITH US
Wideo
Publikacje
Transshipment results of Polish ports in 2022
2023-01-26
Port Gdański Eksploatacja not for sale anymore
2022-12-28
Construction of the third container quay starts at the Baltic Hub in the Port of Gdańsk
2022-11-30
The Port of Gdańsk has handled 8 million tons of coal. New wharves planned to be opened
2022-10-24
Go back to the list
Meet innovative companies from Poland
SHOW