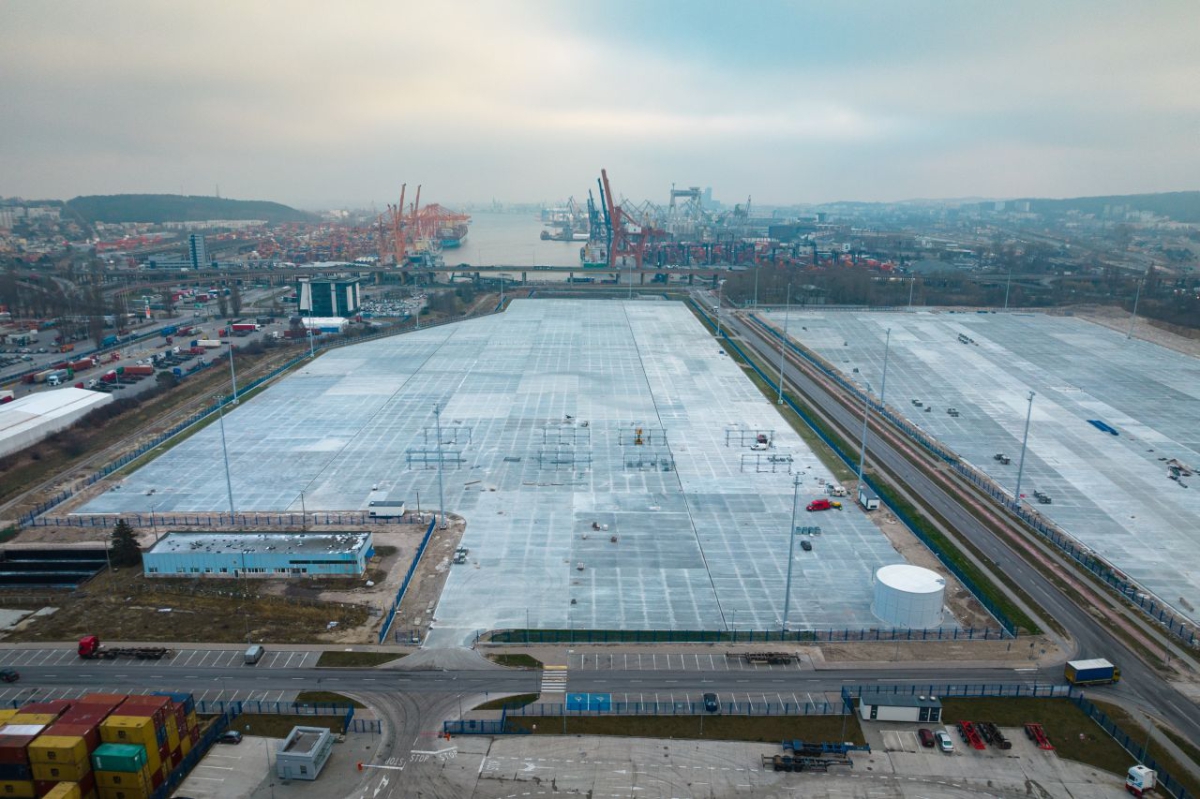 Seaports, Shipping, Logistics
Both storage yards of the Logistics Center in Gdynia will be ready six months ahead of schedule

Two maneuvering and storage yards, i.e. over 17 hectares for the storage of containers and wind farm elements, will be ready half a year ahead of schedule. 85,000 cubic meters of concrete were needed to complete the Logistics Center investment in the Port of Gdynia.

Storage and maneuvering yards were built on the premises of the Logistics Center at ul. Logistyczna in Gdynia. The general contractor is the Sopot-based company NDI, which has kept the pace of work from the very beginning.

- The current stage of work advancement is over 90 percent. In November, we completed the concrete pavement laying works. Thanks to the full commitment of the team and subcontractors, over 185,000 m2 of surface were completed within six and a half months - says Przemysław Młynarczyk, construction manager at NDI. - According to the contract, the completion date of the investment was planned for the end of June 2022, so we were ahead of it by about half a year. 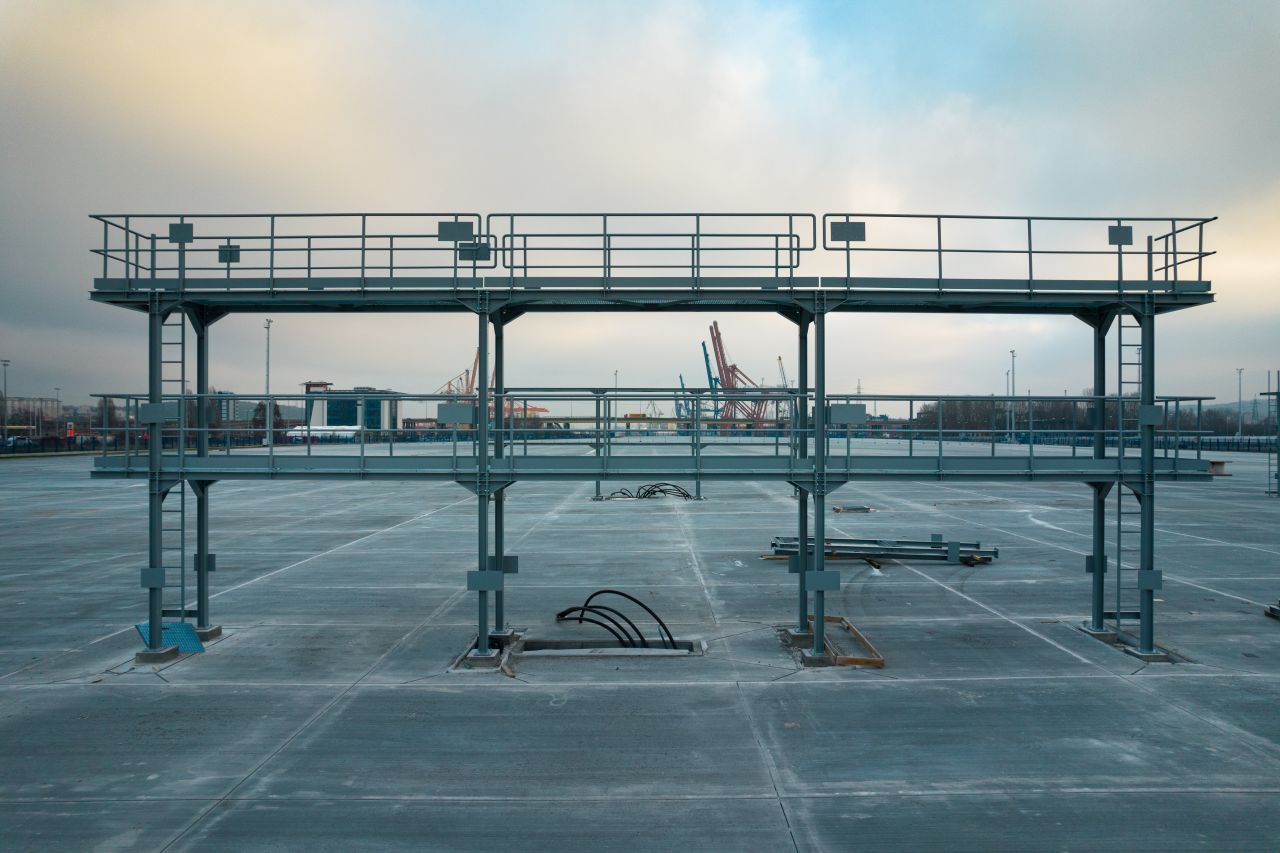 - They will be made as soon as the weather permits. But now the squares are ready to be put into use - emphasizes Przemysław Młynarczyk.

The squares are 45 centimeters thick and have a load capacity of 20 tons per square meter. About 55 thousand m3 of pavement concrete were used for their construction and about 30 thousand m3 of concrete were needed for the main foundation. The surface was arranged in a single layer, made of fiber-reinforced concrete. In addition, concrete slabs were dowelled in all directions. Such a quick implementation of this investment was possible thanks to the combination of various paving technologies and the setting of a concrete mixing plant on the construction site. The works were carried out 24 hours a day. 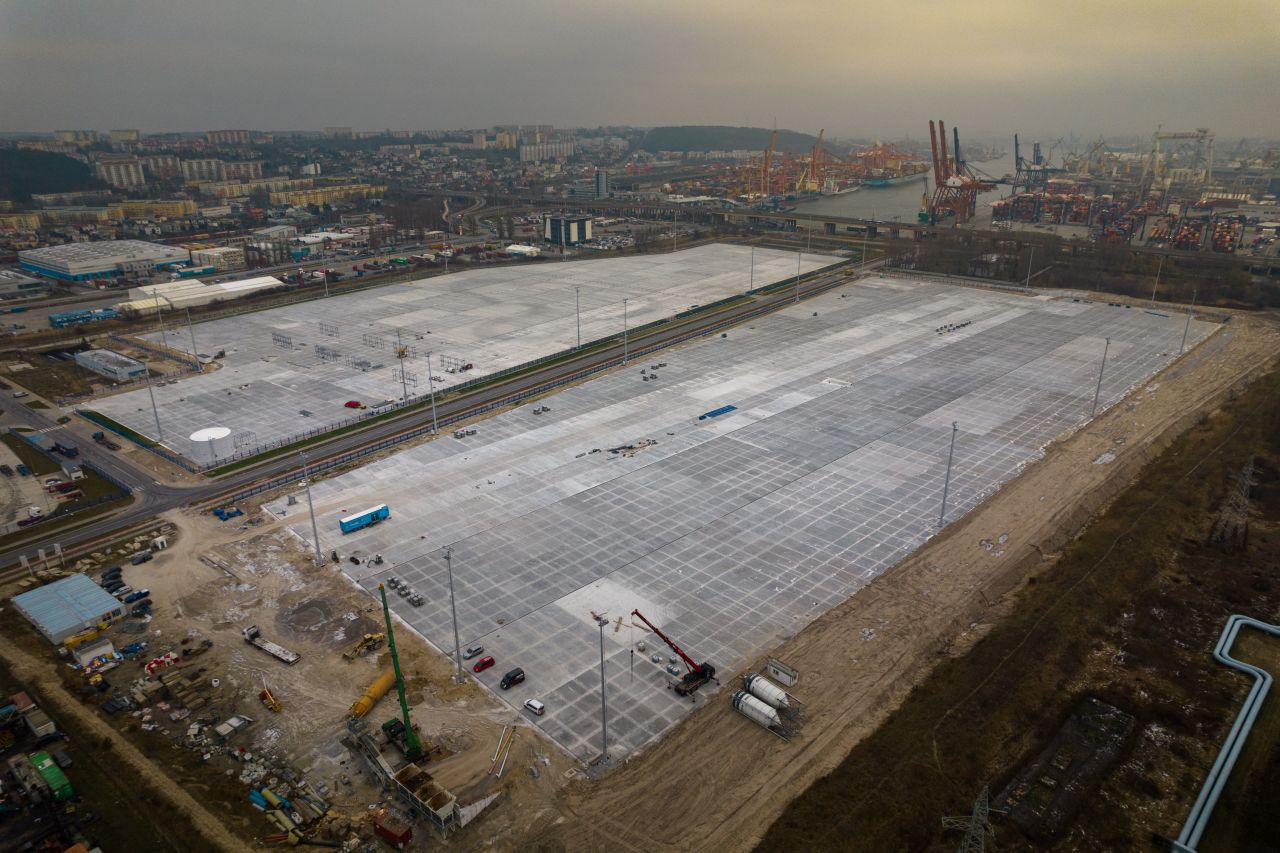 A chance for development

- Cooperation of the Port of Gdynia Authority with the construction corporation NDI S.A. can be an example of how to carry out such projects in an exemplary manner. From the very beginning, the contractor showed great commitment to the project implementation. For us, the yards and infrastructure in the western part of our port open up new possibilities for servicing various cargo groups - starting with those that have been present in our port for many years, as well as completely new, such as elements of offshore wind farms. These activities are the key to the competitiveness of the port and enable the continued high level of functioning of the Port of Gdynia - says Jacek Sadaj, President of the Port of Gdynia Authority.

The value of the investment is over PLN 70.7 million net. Thanks to the new yards, the Port of Gdynia has a chance for development. Already today, the city is part of the trans-European transport network, which is why the intermodal connections that will be implemented in this part of the port are so important.

Most recent
This year's largest supply of blades for wind farms in Gdynia under the supervision of MAG [VIDEO]
2021-10-28
Expansion of the logistics center in the vicinity of the Port of Gdynia
2021-11-08
Vestas and Port of Gdynia collaborate on offshore wind preparation
2021-07-13
The Port of Gdynia is becoming a hub for wind turbine elements [photo, video]
2021-02-01
SHOW MORE
Meet innovative companies from Poland
SHOW