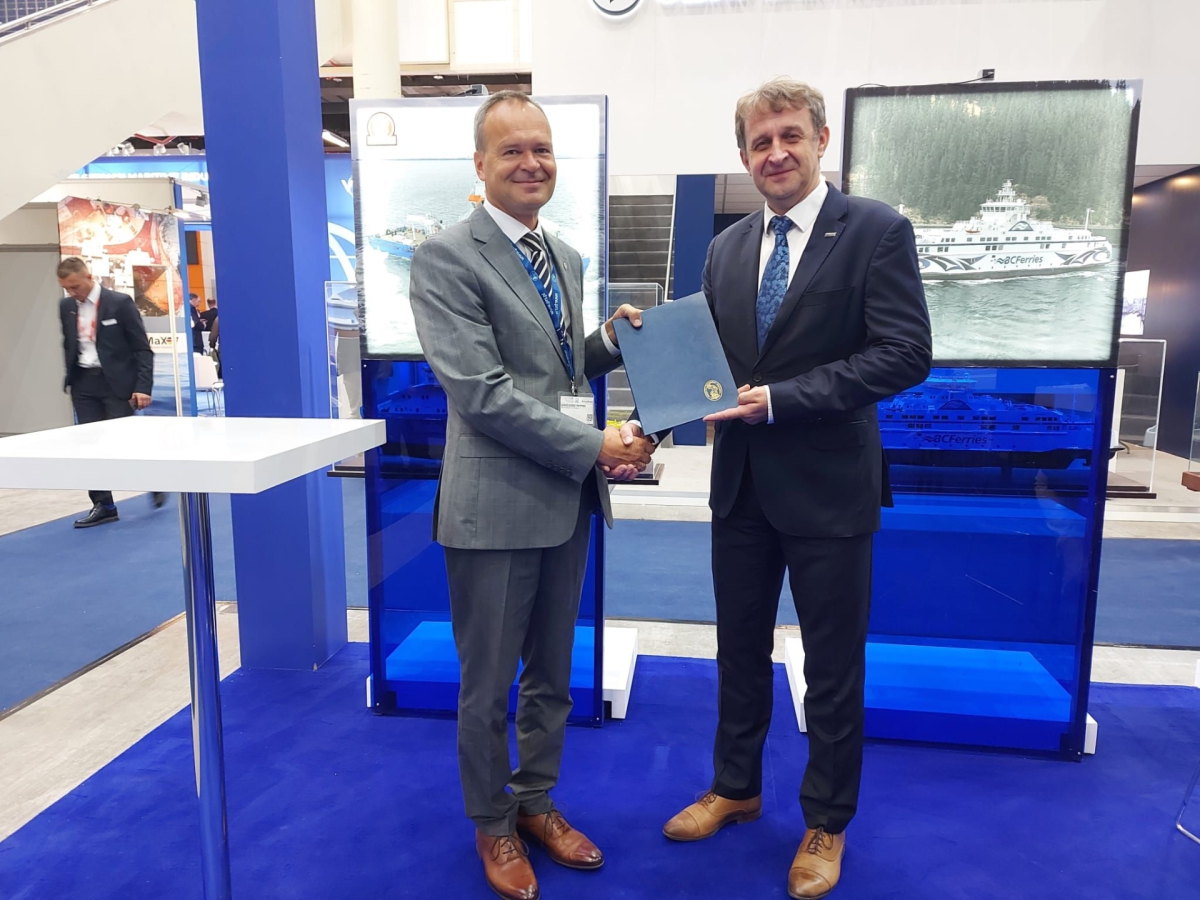 The Polish Register of Shipping will supervise the construction of three Kormoran II-type mine destroyers for the Navy. This deal was sealed on September 6 in Hamburg with the signing of a contract with Remontowa Shipbuilding S.A. during the first day of the SMM maritime fair.

Remontowa Shipbuilding S.A., as part of a consortium that includes PGZ Military Shipyard and the Research and Development Center of the Marine Technology Center, had earlier signed a contract for the construction of the destroyers with the head of the Ministry of Defense, Mariusz Blaszczak, on June 26, 2022.

The formal signing of the contract to supervise the construction of the ships took place on the first day of the SMM fair in Hamburg.


„We will provide specialized technical supervision in the field of classification and convention over the construction and sea trials of three mine destroyers with construction numbers 258/4, 258/5 and 258/6," says Dr. Eng. Capt. Henryk Śniegocki, president of PRS.


„This means that PRS will assess the compliance of the construction of ships and their equipment with the classification regulations for classification supervision and the requirements of international conventions and the Polish maritime administration. This is necessary to ensure the safety of navigation and protection of the marine environment,” he explains.


The result of the supervision carried out will be the assignment of a PRS class, confirmed by the issuance of a class certificate and entry in the PRS Register.

„Separately, PRS will perform the role of the so-called technical advisor, whose tasks will include control and evaluation of the progress and inspections of the state of progress of shipbuilding by the RSB shipyard, in accordance with the adopted schedule,” adds President Śniegocki.

The PRS will also verify the adopted budget for the construction of the vessels in terms of its reality in accordance with the contract for the delivery of the ships.