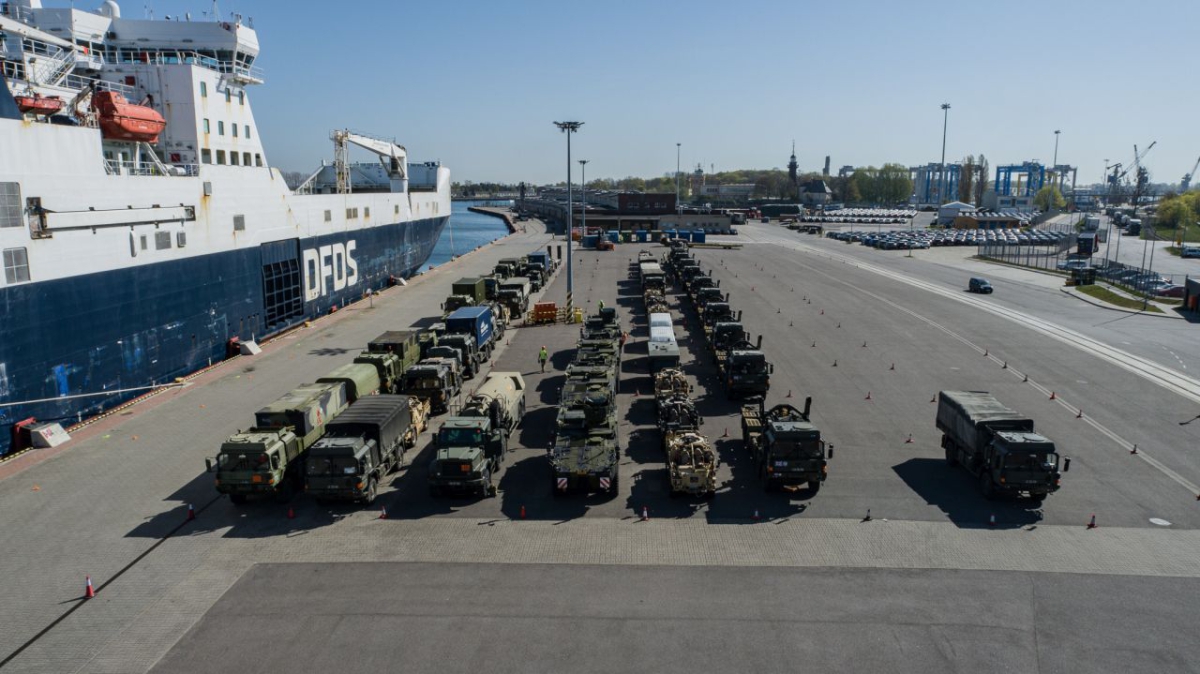 On Tuesday (May 10) at the WOC berth in the Port of Gdansk two general cargo ships moored: the Danish-flagged Britannia Seaways and the British Hurst Point. They delivered Danish and British military equipment to Gdansk. The equipment will be used during the Defender Europe 2022 exercises, part of which will be held in Poland. The unloading operation from the Polish side is supervised by BLG Logistics Group.

On board both ships heavy combat equipment arrived in Gdansk.

It will be used in international exercises Defender Europe 2022 lasting from 1 to 26 May. A total of 18,000 soldiers from over 20 countries will participate in the exercises, which will take place on the territory of Poland as well as eight other countries. 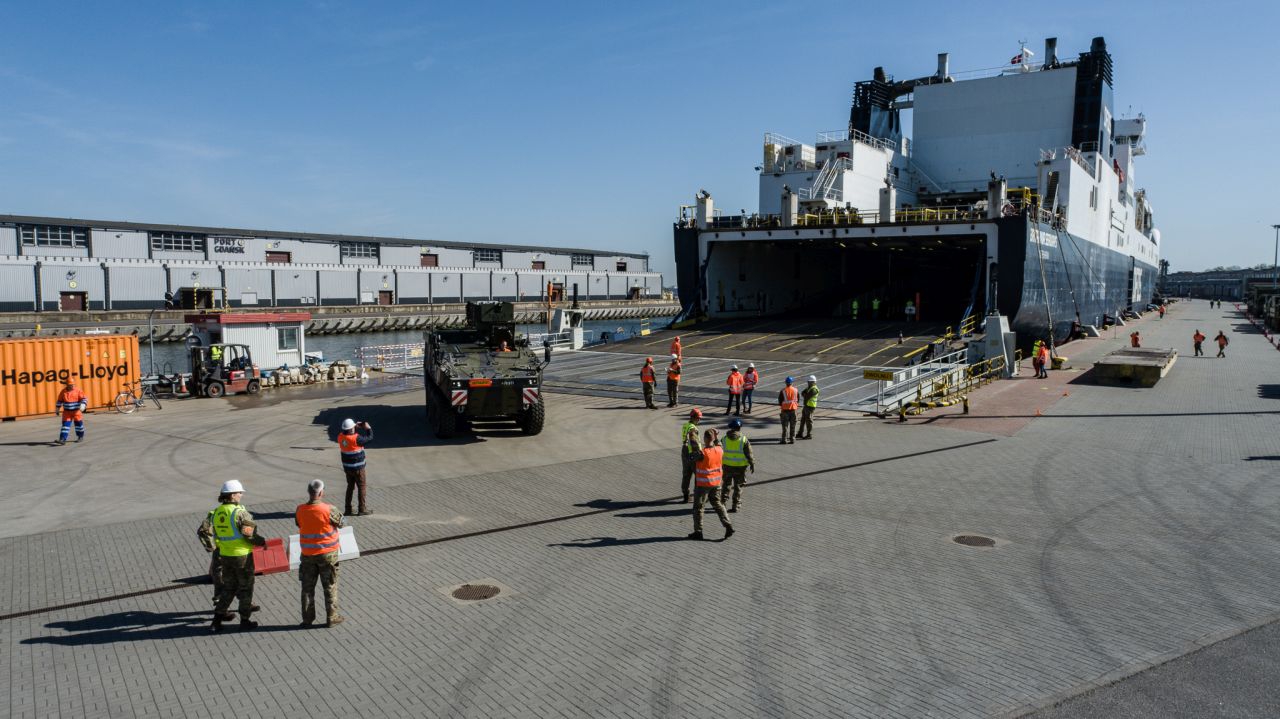 Defender Europe 2022 (DE22) is a cyclical international exercise organized by the US Armed Forces. Their purpose is to build readiness and interoperability among U.S. and NATO allies and partners.

In Poland, which is one of the DE22 hosts, the exercises will be held at training grounds in Drawsko Pomorskie, Bemowo Piski and Żagań. In total, about 7,000 soldiers will train there with the participation of 3,000 units of equipment. Troops from the USA, France, Sweden, Germany, Denmark and Great Britain will also take part in the activities at the Polish training grounds.

As the Polish Army points out on its website, the transfer of a large number of forces and equipment, carried out as part of these exercises, requires multifaceted commitment from the host countries.

Defender Europe 2022: What equipment has called at the Port of Gdansk? 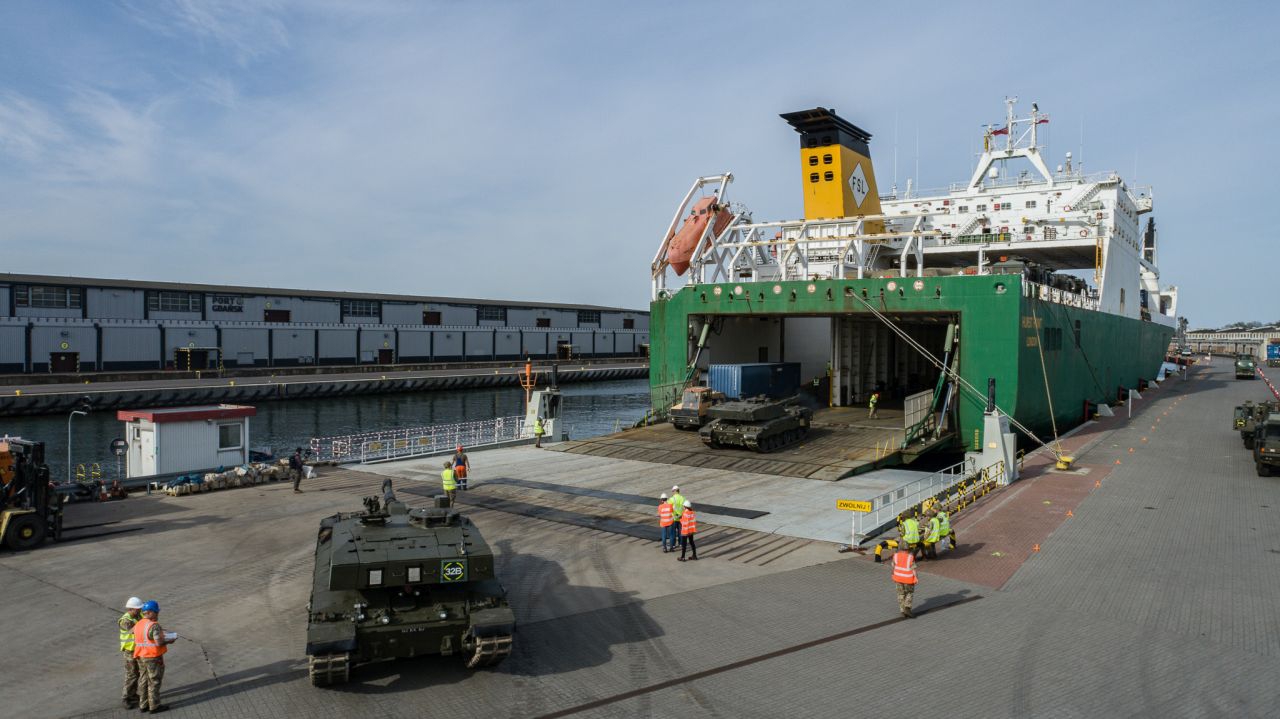 - Among the Danish military equipment there were 14 Leopard 2A7 tanks - says Daniela Witkowska from BLG Logistic, who supervises the unloading operation.

This is not the end. At around noon the Danish general cargo vessel left the port and was replaced by another vessel at 13:00 - this time flying the flag of Great Britain.

Among the units that disembarked from Hurst Point were the spectacular Mastiff fighting vehicles, which are heavy, six-wheeled armored patrol vehicles of the MRAP type, or mine and explosive resistant.

The unloading of the second ship was completed around 8 p.m.

- This is not the first such operation involving BLG Logistics. The company has been servicing troops in the Port of Gdansk for at least 5 years - concludes Daniela Witkowska.

We would also like to add that as the Polish Army informs, the joint exercises within DE22 increase the security of the eastern flank and serve to practice, in accordance with NATO standards, the procedures for the use of troops and their adaptation to the new challenges of the modern battlefield and deter a potential aggressor.

These actions are not directed against any country and are not related to the current geopolitical situation in the region. The national and international process of their planning began in 2021.