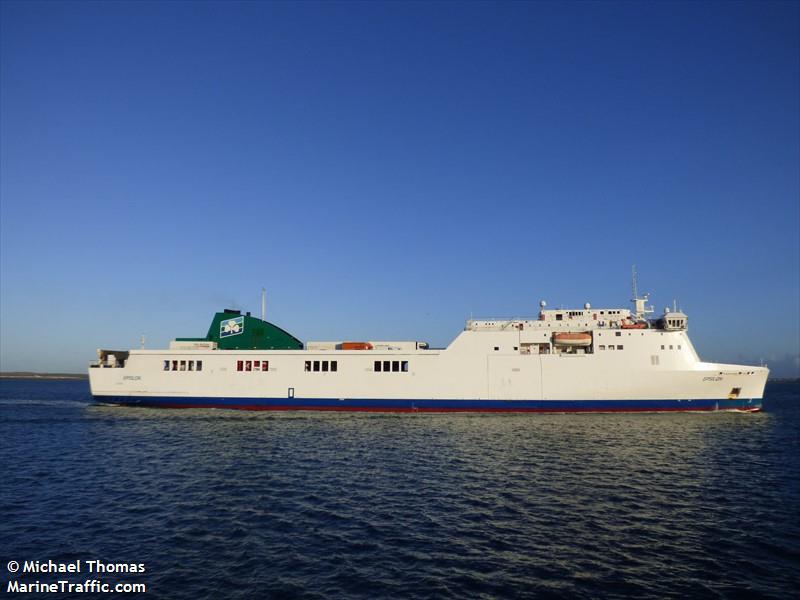 The Szczecin-based Euroafrica Services company has acquired the Ro-Pax Epsilon ferry. However, the ferry will enter the Polish line in 2023 at the earliest.

The previous owner of the Epsilon ferry was the Italian Caronte Shipping, which chartered the vessel to Irish Ferries. The parties do not disclose the amount of the transaction. It is known, however, that the ship was purchased by Euroafrica Shipping Lines along with the so-called bareboat charter.


- On May 30, lengthy negotiations were finalized. The ferry is our property - confirms Jacek Wiśniewski, president of Euroafrica Shipping Lines.


President Wiśniewski adds that, due to bareboat charter, the ship will remain in operation by Irish Ferries for the time being.

- I don't want to reveal the details, but there are several possible options when the ship arrives in the Baltic Sea. The earliest this could be in early 2023.

Ultimately, the ferry will operate under the Unity Line colors on the line from Świnoujście to one of the ports in Sweden.

Epsilon is a car and passenger ferry put into operation in 2011. It is 186 meters long and has a capacity of approximately 500 passengers. Its total tonnage is 26,375 tons.

President Jacek Wiśniewski reveals that this is not the end of the news in the colors of Euroafrica Shipping Lines.

- In the group's strategy in the next 3-5 years, we plan to purchase another unit, more or less of the same type - says Wiśniewski.