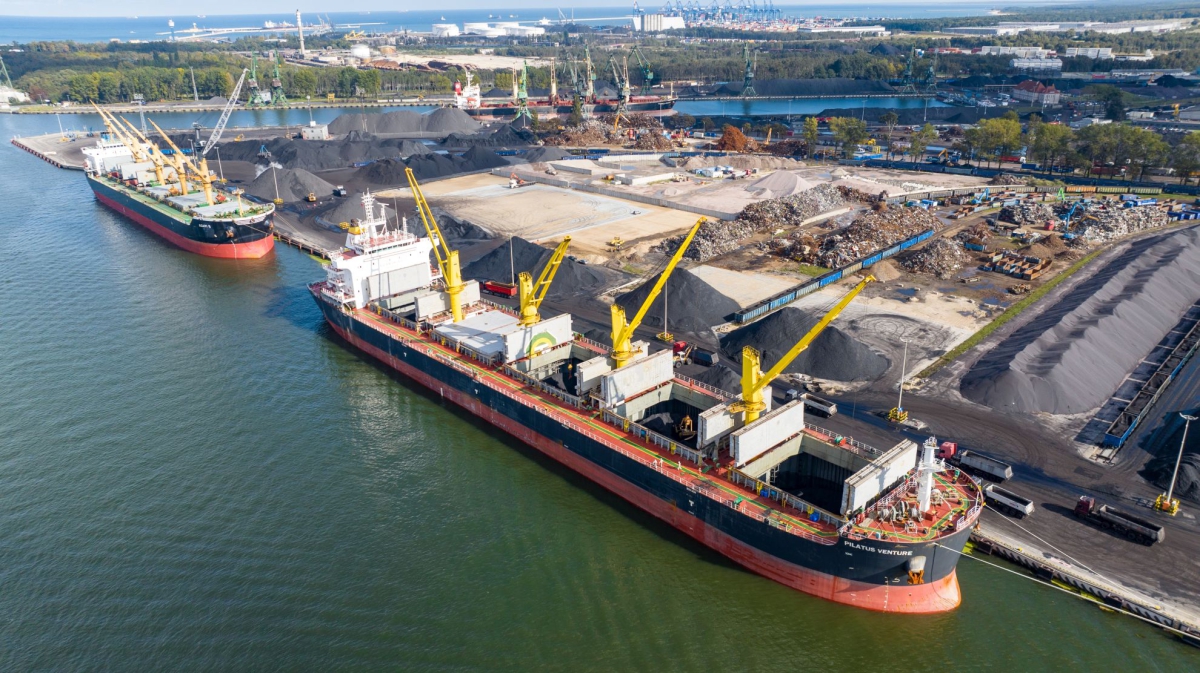 The Port of Gdańsk Authority has completed the procedure for the sale of shares in Port Gdański Eksploatacja S.A. without choosing any offer. The port authorities have decided that this is not a good time to sell PGE.

The decision to complete the sale of shares in the Port Gdański Eksploatacja, as reported by the Port of Gdańsk Authority, results from the unstable geopolitical situation, a fundamental change in the company's situation and the resulting significant increase in its market value, as well as unsatisfactory offers from the entities admitted to the negotiation stage.

At the beginning of 2021, the Port of Gdansk Authority S.A. decided to sell a full block of shares in Port Gdański Eksploatacja S.A. The company operates on over 89 hectares in the Inner Port and performs operations on 5 quays.

Invitation to negotiations regarding the sale of PGE S.A. shares was published on March 1, 2021. 7 potential investors responded to the invitation. PGA S.A. decided to qualify 5 entities for the next stage of the procedure, i.e. for conducting due diligence of PGE S.A. Four potential investors took advantage of the on-site inspection and meetings with the Management Boards of PGE and the PGA provided for in the procedure. In the end, three offers were received. The Management Board decided to qualify the two interested companies for the negotiation stage. In June 2022, the PGA granted one entity temporary exclusivity to participate in the negotiations.

The offer evaluation team analyzed the offers of potential investors, taking into account the valuation of the company's shares updated at the end of August 2022, the position of the Privatization Advisor contained therein, as well as the current geopolitical situation. The analysis showed that the value resulting from the valuation of PGE S.A. significantly exceeds the value indicated in previous valuations, as well as the amount of investors' offers.

Therefore, the Port of Gdańsk Authority asked the investor, who was granted exclusive rights to negotiations until December 31, 2022, to take into account the new situation of the company and improve the offer by December 15, 2022. The investor's offer, which was submitted to the Port of Gdańsk Authority at the indicated date is below the market value of the enterprise. At the same time, the investor did not change the assumptions regarding the investments originally planned to be carried out, which it would be obliged to implement after the conclusion of the agreement, although the company's needs in this respect have changed significantly.

Due to the new geopolitical situation, the port operator PG Eksploatacja S.A. performs transhipments that guarantee the energy security of the state. The blockade of Ukrainian ports, the introduction of an embargo on energy resources imported from Russia, combined with the need to ensure the continuity of supplies of raw materials from other directions by sea, meant that PGE S.A. took on the burden of handling the increased flow of cargo 24/7. During the 11 months of 2022, the company reloaded a total of 3.6 million tons of coal, which is 295 percent. increase compared to the same period last year. November was absolutely record-breaking, in which over 750,000 tonnes were transhipped. tons of this raw material. PGE S.A. has a chance to end 2022 with a historic result of 6.5 million tons of transshipments in total, which is more than twice as high as last year.

– The submitted offers do not meet our expectations for several reasons. The situation of the company is significantly different than on the day on which we announced the proceedings. The current valuation of the company is higher than at the time of the commencement of the proceedings in 2021. As a result of the unexpected change in the geopolitical environment in which the company operates and the increased demand for services, PGE S.A. currently achieves historical results and reloads almost a million tons of cargo monthly. As a result, the company is successively making up for its technological debt by investing in mobile reloading equipment and thus increasing its reloading capacity. The company currently needs a partner who will provide it with adequate volumes and cargo weight in the long term, at least for 10 years – says Łukasz Greinke, President of the Port of Gdańsk Authority S.A.

In February this year the first of the three port cranes Liebherr LHM–550 purchased by PGE S.A. started working at the Dworzec Drzewny Quay. In June and August 2023, another two LHM–550 cranes will be delivered to the wharf. Investments in handling equipment have significantly increased and will increase the handling capacity of the company in the future.

In 2021-2022, the company allocated approximately PLN 25.8 million for the purchase of equipment (LHM 550 crane, Volvo loader, truck and rail scales, Liebherr excavator, Kalmar, tractor, wheel loader, Grall box). Currently, it is in the process of purchasing two more LHM 550 cranes and two Kalmar forklifts for a total amount of over PLN 50 million.