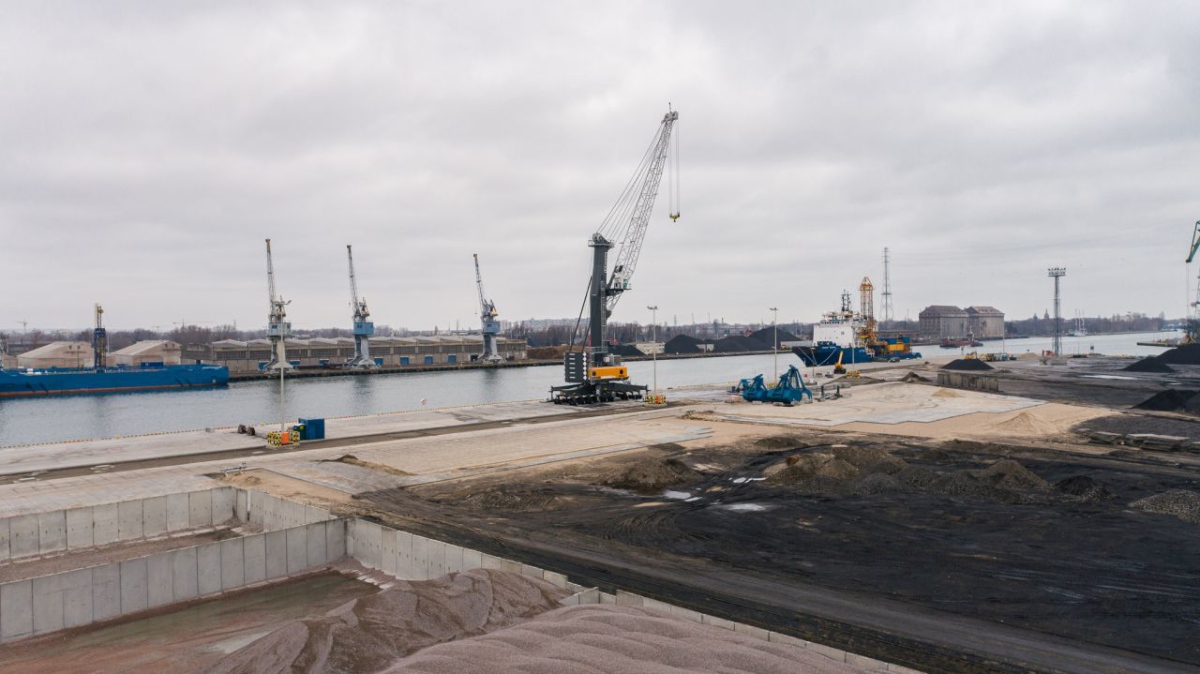 Seaports, Shipping, Logistics
[VIDEO] The Liebherr crane will improve the operability at the Port Gdański Eksploatacja S.A.: "A 400-ton giant has entered the yard"

It is the largest investment in this format in the Port Gdański Eksploatacja S.A. in 30 years. The Liebherr LHM 550 mobile harbor crane, one of the largest in its class, has just arrived from the Rostock factory.

The exactly three-hundredth model of the Liebherr LHM 550 crane is already at the Dworzec Drzewny Quay, where, among others, operates the company Port Gdański Eksploatacja S.A.

The spectacular machine has 72 wheels, is fully mobile and will significantly affect the operability of works in the company, which has an area of 89 hectares at its disposal, including five kilometers of quays located in the Inner Port in Gdańsk.

- This purchase is a response to the needs of our customers. We want to increase the efficiency, operability and speed of service - says Radosław Stojek, president of the board of the Port Gdański Eksploatacja S.A. 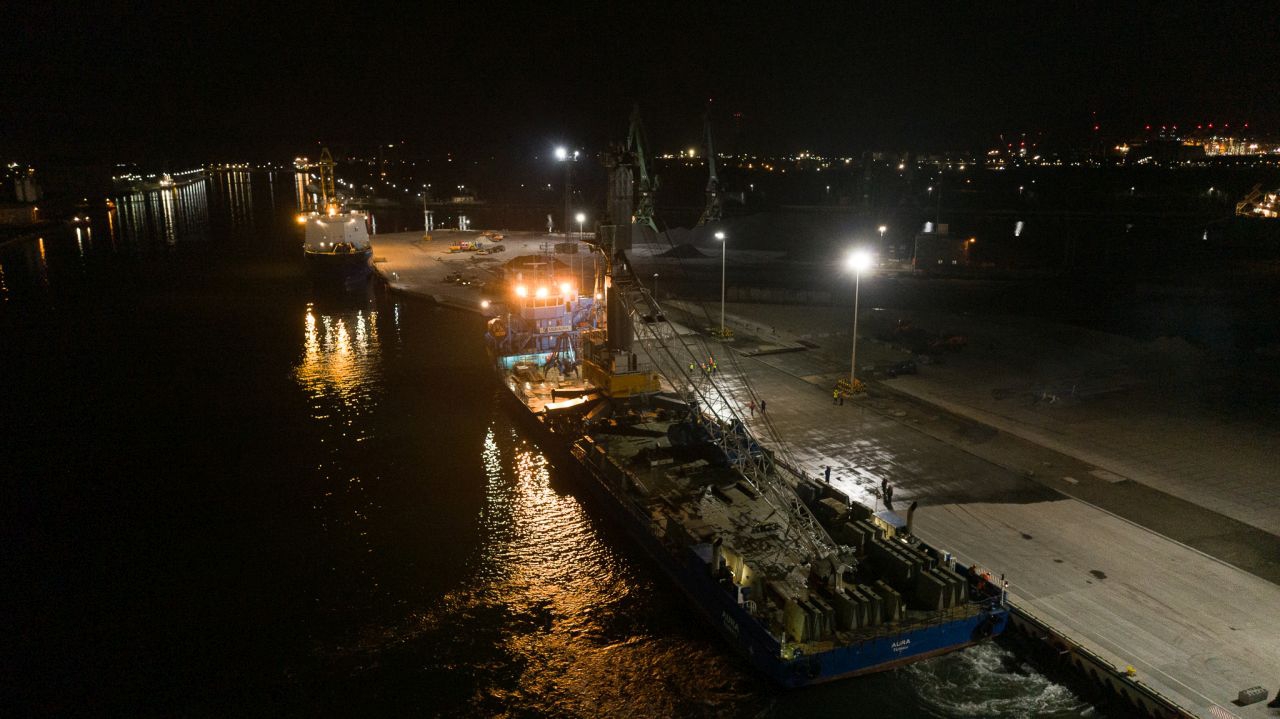 The Liebherr LHM 550 crane is a mobile machine that can move to designated work sites along the Rudowy wharf and the Dworzec Drzewny quay. The machine will handle loads such as coal, coke and scrap.

The colossus will revolutionize the quality of work

As the company's president informed us, the crane's own weight is over 400 tons, and over 110 tons under the hook. How will it change the quality of work thanks to its parameters?
- Undoubtedly, the speed of operations will improve, which in turn will affect the handling rate. Thanks to this, our clients can count on a much faster service of the contracted units - explains President Stojek.

A selected group of operators has been trained to operate this technologically advanced machine.

- 12 people will be dedicated to service. Among them are operators, service technicians and engineers - says President Stojek. - Currently, only an expert with a plug and a laptop can service this device. This is top shelf equipment.

The company prepared very intensively for the purchase of Liebherr.

- This unit is a Mercedes among cranes. Acquiring this equipment was a financial and administrative challenge for the entire organization. We can say that we have been thoroughly examined - adds the president. 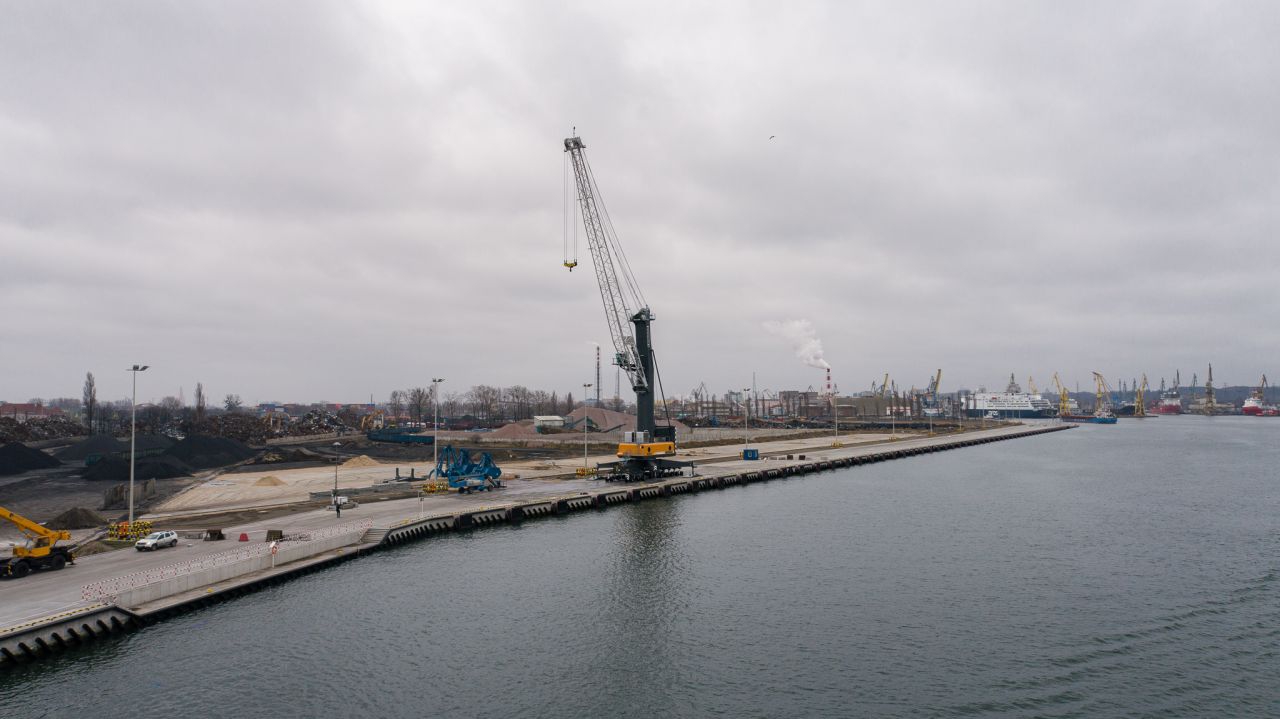 President of the Port Gdański Eksploatacja S.A. emphasizes that the investment was successful thanks to co-financing from the Industrial Development Agency (Agencja Rozwoju Przemysłu, ARP). The crane's value is almost PLN 18 million, of which PLN 17 million was financed by the ARP, and PLN 1 million came from the company's own funds.

In 2021, the company actively invested. It purchased, among others, two Volvo L260H loaders, Liebherr LH40m long-arm excavator, Loco-tractor 9C 160 Orion to improve safety in terms of maneuvering and quick movement between the quays.

- Thanks to all these activities of a strategic nature, we effectively increase the quality and efficiency of our services, as evidenced by the results we achieve. The total value of investments in infrastructure and superstructure in 2021 is over PLN 32 million - sums up President Stojek.

The Port Gdański Eksploatacja has also modernized further reloading yards within the area covering the entire Mining Basin. This is where the Liebherr LHM550 will go. The device will operate at the Rudowe Quay and the Dworzec Drzewny Quay. 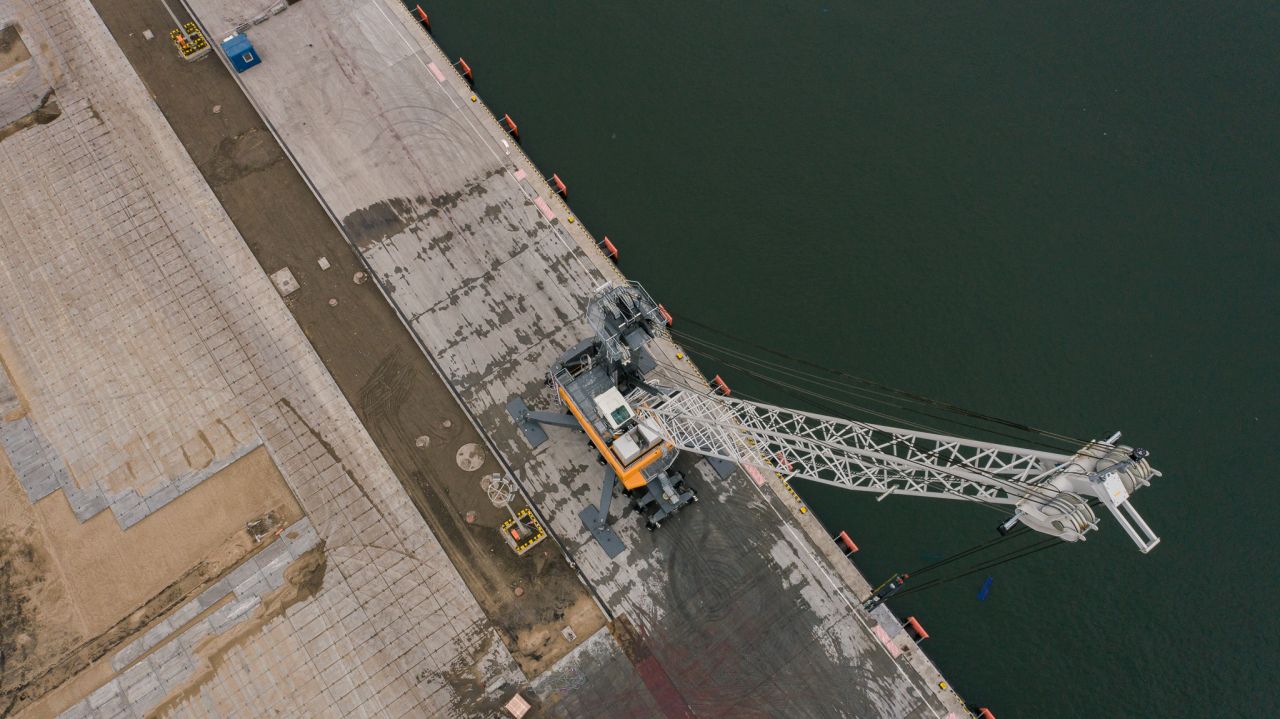 - Thanks to the investments carried out by the Port of Gdansk Authority S.A. in the quays where the company operates, not only does our operator's reloading potential increase, but it also has an impact on the competitiveness and reloading capacity of the entire port. The synergy effect that we achieve through the investments of the Port of Gdansk Authority S.A. and the investments of our contractors is our goal. In order to pursue this goal further, further investments are needed, both on the part of the company and the PGA. It will be the reconstruction of the railway system in the back of the Dworzec Drzewny Quay, as well as the hardening of storage yards, for which the company Port Gdański Eksploatacja S.A. will be responsible - says Łukasz Greinke, president of the Port of Gdansk.

Most recent
Port of Gdansk. Duty Free Zone is 25 years old [VIDEO]
2021-12-05
Good Results for Port Gdanski Eksploatacja
2018-06-29
The Port of Gdansk has announced tender for investment areas at the Ore Pier in the Northern Port
2021-10-25
RTG cranes from El Professional set off for the container terminal in Africa from the Port of Gdansk (video, photo)
2021-03-31
SHOW MORE
Meet innovative companies from Poland
SHOW