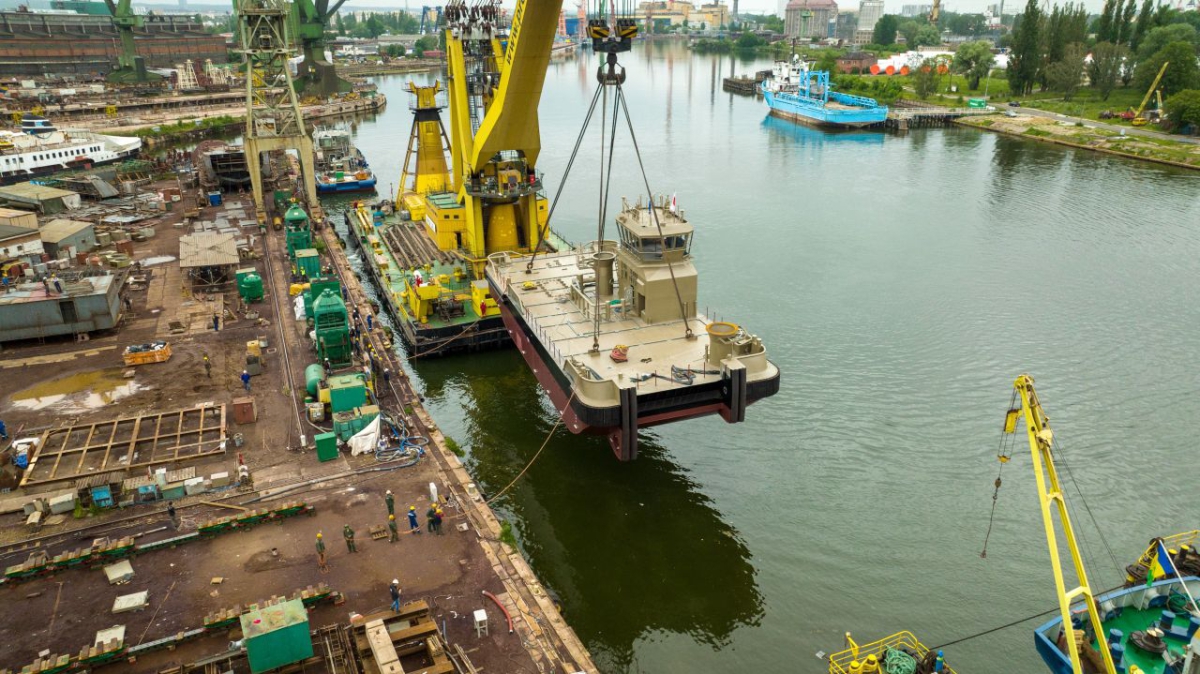 The launch of Multicat 3313 YN571830 took place on Monday, 20 June at Safe Shipyard in Gdańsk. This is the first in a series of three tugs being built at Safe shipyard for Dutch customer Damen Hardinxveld.

The hull is being built for Damen Hardinxveld shipyard, the type is a tug, Multicat 3313 build YN 571830.

The ship's hull is partly fitted out, including piping systems, and a complete propulsion system has also been installed. The ship has been completely maintained.

- At the end of June the tug will be handed over to the client for final outfitting. The vessel was built under the supervision of the BV classification society - adds Łuczak.

Safe Shipyard is currently building two more sister hulls, which will be delivered to the client by the end of the year.

About the Safe Shipyard

Safe Co LTD was established in 1995. The shipyard operates actively at home and abroad. It cooperates with contractors from France, Germany, Holland, Norway, Denmark and Iceland. It deals with building fully equipped ships, hulls, steel bridge structures as well as structures for offshore industry, chemical and petrochemical industry.

Most recent
[VIDEO] Fairplay-37 launched at Safe shipyard
2022-04-27
[WIDEO] Safe Shipyard promotes a floating docking platform. Transporting oversized cargo will no longer be a logistic nightmare
2022-01-27
"Pontoon-dock" by Safe shipyard will save time, money and... the environment. Loads up to 5,000 tons will no longer be a problem
2021-12-03
Safe Shipyard is building a Shoalbuster vessel for Fairplay Towage together with Damen
2021-08-17
SHOW MORE
Meet innovative companies from Poland
SHOW