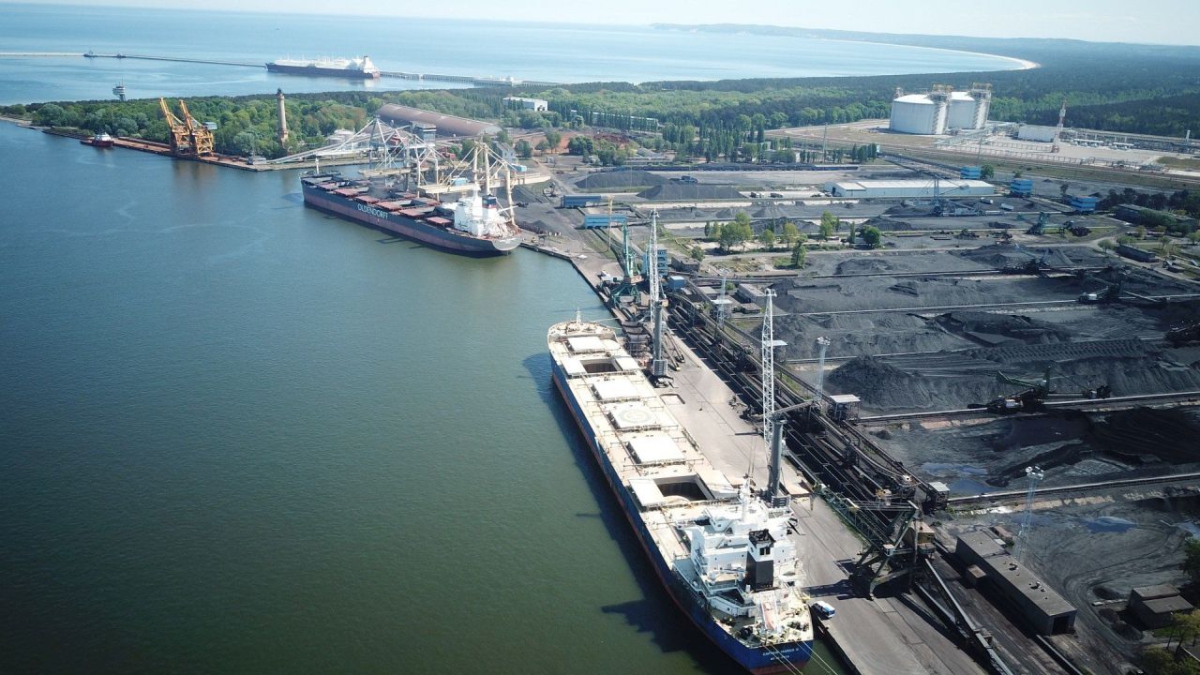 Seaports, Shipping, Logistics
Szczecin and Świnoujście Ports with positive operating result for the first half of this year

The Szczecin-Świnoujście ports complex summed up the first half of this year in terms of transshipments. These are nearly three percent better than at the same time last year. Port operators handled nearly 17.5 million tons of cargo in January-June this year.

There is more ore, fuel and LNG at the ports. Year-on-year growth is 68.2, 29.1 and 34.8 percent respectively. The LNG terminal in Świnoujście handled up to the end of June this year 26 ships with. This compares with 18 at the same time last year.

As the Ports Authority recalls in the communiqué, for several years all ports have been operating under "extraordinary conditions" caused first by the pandemic and now also by the war in Ukraine. These factors translate into the volume of cargo handled at the ports. The ports of Szczecin-Swinoujscie point out that this can be seen in the case of coal - in the first half of the year its transshipments dropped significantly, but in the autumn we should expect increases in this cargo group, which is the result of contracts already signed.


Transshipment companies in the ports of Szczecin-Świnoujście are also handling more and more goods from Ukraine. A total of more than 150,000 tons of goods have been handled at the ports so far, including ores and grains, which have gone by sea to customers in the Netherlands and Algeria, among others. In the second half of 2022, a significant increase in transshipments of Ukrainian corn, iron ore and pig iron is expected.


Advanced investments are underway at the ports to create conditions for handling more cargo. Ultimately, the port of Szczecin will gain new and modernized quays in the area of the Kashubian Basin and the Debicki Canal, adjusted in parameters to handle larger vessels, which will call after the modernization of the Świnoujście-Szczecin waterway to a depth of 12.5 meters. The ferry terminal in Świnoujscie will be adapted to handle intermodal transport. The LNG terminal is being expanded by building an additional unloading and loading berth to handle smaller vessels: gas carriers, bunker ships and feeder vessels. In turn, thanks to investments in the construction of new and modernization of existing technical infrastructure, both ports will be more environmentally friendly. Access infrastructure, including roads and railroads connecting the ports with the hinterland, is also systematically improved. A project that will have a positive impact on the national and regional economy and complement the offer of both ports will certainly be the Deepwater Container Terminal in Świnoujście.

Most recent
Maritime Congress in Szczecin. "The functioning of ports today is crucial to the country's security" [VIDEO]
2022-07-03
Launching in Szczecin. The Canopee ship on its first voyage will transport the space rocket launcher
2022-07-02
PGNiG: a record of LNG deliveries to the terminal in Świnoujście
2022-06-01
Better and better railway tracks to the ports of Szczecin and Świnoujście
2022-02-03
SHOW MORE
Meet innovative companies from Poland
SHOW