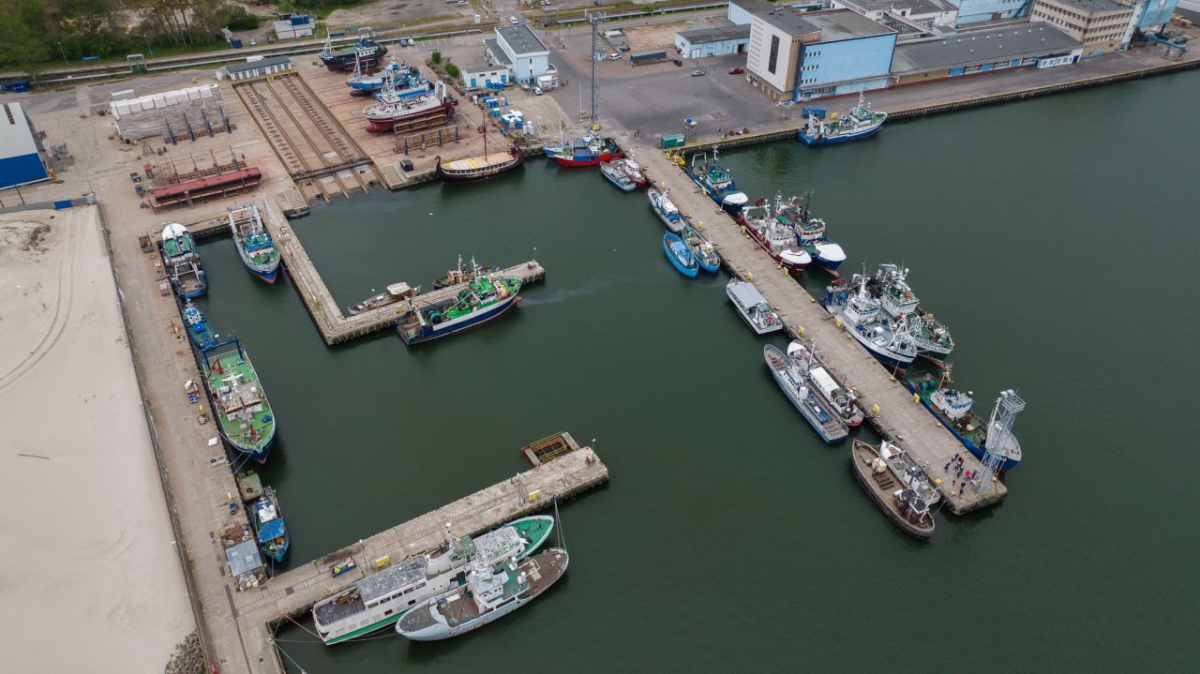 Seaports, Shipping, Logistics
[VIDEO] The port of Władysławowo will be the service base for the Ocean Wind wind farm

The Szkuner company, which manages Port Władysławowo, has signed a contract with Ocean Winds. Under it, a service base for the BC-Wind wind farm under construction will be built in the port.

The contract was officially signed today, May 27, in Władysławowo. The agreement provides that the developer will establish its service base for the needs of the BC-Wind project in the area rented from the port.

As emphasized by Witold Wawrzonkoski, CEO of Szkuner, the port wanted to join the activities in the offshore wind energy sector.

- We tried at least the last two or three years to make Władysławowo also appear on the Polish offshore map. Władysławowo is really a very well located port. It is sheltered by Cape Rozewie, thanks to which it is naturally sheltered from the dominant westerly and north-westerly winds in this region. This is very important because you can leave and enter the port much more often - explains Wawrzonkoski. - The signing of this contract shows that Władysławowo is a really good port that can serve as an offshore service base. We know that Władysławowo has been a bit overlooked recently. Ustka, Łeba, which were included in the National Reconstruction Plan, were promoted, while Władysławowo - no. The signing of this contract shows, however, that we are an equally good, if not a better location for offshore bases - says the president of Szkunera.

At the Ocean Winds service base at the Port of Władysławowo, the developer will build office buildings, warehouses and storage yards. The port also, of course, provides a quay from which Ocean Winds will conduct all operations with its vessels. The base is to be ready in early 2025.

- The required quay parameters are not difficult to meet - says Witold Wawrzonkoski. - We are talking about light, fast and CTV units. Such units have a draft of 2-2.5 meters. Of course, these ships will be loaded with equipment, sometimes quite heavy. This requires a wharf with a load capacity of at least 10 kN per m2, he explains.

Ocean Winds is a Spanish-French joint venture composed of EDP Renewables and Engie. The company focuses, inter alia, on on the development of floating wind platforms, which are seen as the future of the offshore wind sector.

Ocean Winds in Poland is implementing the BC-Wind project, divided into two adjacent locations, called B and C. BC-Wind will jointly generate 399 MW. The farms will be located approximately 23 kilometers north of Choczewo and will occupy an area of ​​approximately 90 square kilometers. Up to 31 turbines will stand on them. The energy from them is to flow in 2027.

The creation of a service base for a wind farm at the Port of Władysławowo is good news not only for the maritime industry. The city itself will also benefit from it.

- For the port itself, this means, of course, additional operating income. It is very important to us, because this is what the port simply lives on. For the city itself, this primarily means new jobs. Service units will go back and forth here every day, like taxis. It requires a large crew, handling on land. Therefore, they will generate jobs for residents and - what is important - they will be jobs all year round - says Witold Wawrzonkoski, president of Szkuner.