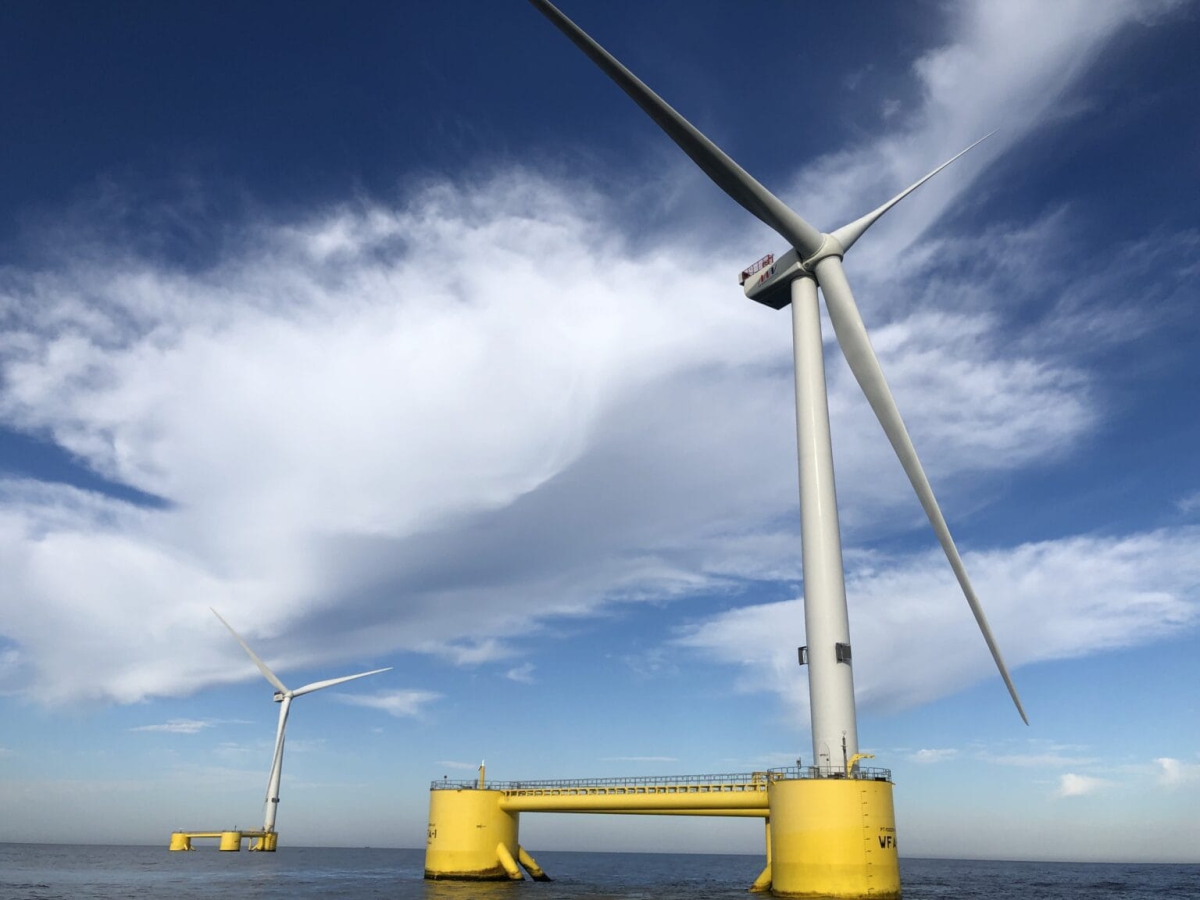 Offshore, Offshore Wind
Who is who in Polish offshore? Ocean Winds: "We are preparing to apply for new offshore wind locations"

The offshore wind energy market is developing so dynamically that energy companies form alliances in order to increase their competitive advantages. One of such entities is Ocean Winds, which entered the global offshore bravely. In the column from the series "Who's Who in Polish Offshore", we ask the company about the progress in the development of maritime projects in Poland. The investor sees great development potential in the Baltic Sea and is already preparing to apply for new locations for offshore wind farms.

Ocean Winds is a Spanish-French joint venture (50/50) of the energy companies EDP Renewables (EDPR) and ENGIE. The new entity was established in 2019 and its goal was to increase the business advantage in the increasingly competitive offshore wind energy market. We wrote about the details of establishing the company HERE. It was then announced that the joint investor would focus on the development of offshore wind farms, in particular floating platforms. Floating technology is perceived as the future of the offshore wind sector.

The strategic advantage of Ocean Winds put the company in an advantageous position to take a leading role in the offshore wind energy sector when it was launched. EDPR and ENGIE contributed to Ocean Winds a portfolio of existing and under construction offshore assets with a total installed capacity of 1.5 GW under construction and 4 GW under development, with the intention of achieving an installed capacity of 5-7 GW in operation or in development by 2025, and in the range of 5-10 GW in the advanced stage of development. Ocean Winds focuses primarily on markets in Europe, the United States and selected regions of Asia, where the largest growth in the sector is forecast.

Our questions were answered by Kacper Kostrzewa, director of the OW project, responsible for the BC-Wind project in Poland. Ocean Winds is developing a 399 MW wind farm project in Poland called BC-Wind, located in the Polish Exclusive Economic Zone, about 23 km from the shore at the height of the Choczewo commune (Pomeranian Voivodeship).

- The investment has been implemented since 2012. At that time, the company received a location decision (the so-called permit for the construction of artificial islands) for project B, and in 2013 - part C. In March 2021, a contract for connection to the network was signed. In June last year, the project received the right to a contract for difference (the so-called CfD) from the Energy Regulatory Office, thanks to which it will be one of the first offshore investments implemented in Poland. In addition, in mid-2021, a two-year wind measurement campaign was completed, which confirmed the favorable conditions for the investment - explains Kostrzewa.

He adds that an application for a decision on environmental conditions has been submitted together with the environmental impact assessment report, which was preceded by environmental studies.

The potential of the Baltic Sea

- We see a huge development potential in the Baltic Sea and we are already preparing to apply for new locations for offshore wind farms - informs the representative of Ocean Winds.

He adds that from the perspective of Ocean Winds and the company's partners, offshore wind energy is becoming a key element of the global energy transformation process, which contributes to the rapid development of this industry and the increase in its competitiveness. Offshore winds are currently, and will remain in the coming years, the fastest-growing technology for obtaining energy from renewable sources, says Kostrzewa.

We also ask the investor how to achieve local content goals. Kostrzewa emphasizes that Ocean Winds actively supports the development of the Polish supply chain for offshore wind farms.

- We have involved far more Polish companies than foreign companies in our activities so far - mainly in the field of environmental and geological works, or various types of support services. In addition, we are constantly developing our team of local experts in Gdynia and Warsaw. This is also important from the point of view of building competences on the offshore wind market. We also do not forget about education - as the only developer in Poland, together with the Industrial Development Agency, we have implemented an educational program on offshore wind farms - in selected vocational schools with an energy profile. We believe that real energy transformation should start with early education - says Kostrzewa.

Based on the long-term strategy of the European Union and the adopted plans for the energy transformation of Poland, the company sees great potential in the development of the domestic chain of suppliers of materials, components and services.

- The company, through the implementation of the B&C Wind project, wants to support the competitiveness, quality and credibility of Polish suppliers. From the beginning, Ocean Winds has been actively participating in industry working groups on the supply chain plan and the potential of "local content" in Poland. We also conduct an open dialogue with potential suppliers as part of the webinar entitled "Supplier's Day - Project B and C", which aims to present Ocean Winds and planned offshore wind farms in the Baltic Sea. The first meeting took place last year and we are planning more in the coming months - comments the project director at Ocean Winds.

Our interlocutor informs that the activities of Ocean Winds in 2022 will focus on conducting geological surveys of the seabed for the offshore part of the project and selecting the designer of the onshore connection for the offshore farm.

- In addition, we expect an environmental decision for the offshore wind farm and the conclusion of a service port contract. We will also apply for new locations for further projects - informs Kacper Kostrzewa.

Most recent
Who is who in Polish offshore? Ørsted: Poland is a strategic market
2021-12-23
PGE and Ørsted are launching a tender for the rental of offshore wind turbine installation vessels for OWF Baltica
2022-01-30
Offshore wind power engineering in the Polish exclusive economic zone – current legal status. New “deals” in terms of location approvals
2021-12-08
Orlen will lease land for the service center of offshore wind farms in Łeba
2022-01-18
SHOW MORE
Meet innovative companies from Poland
SHOW