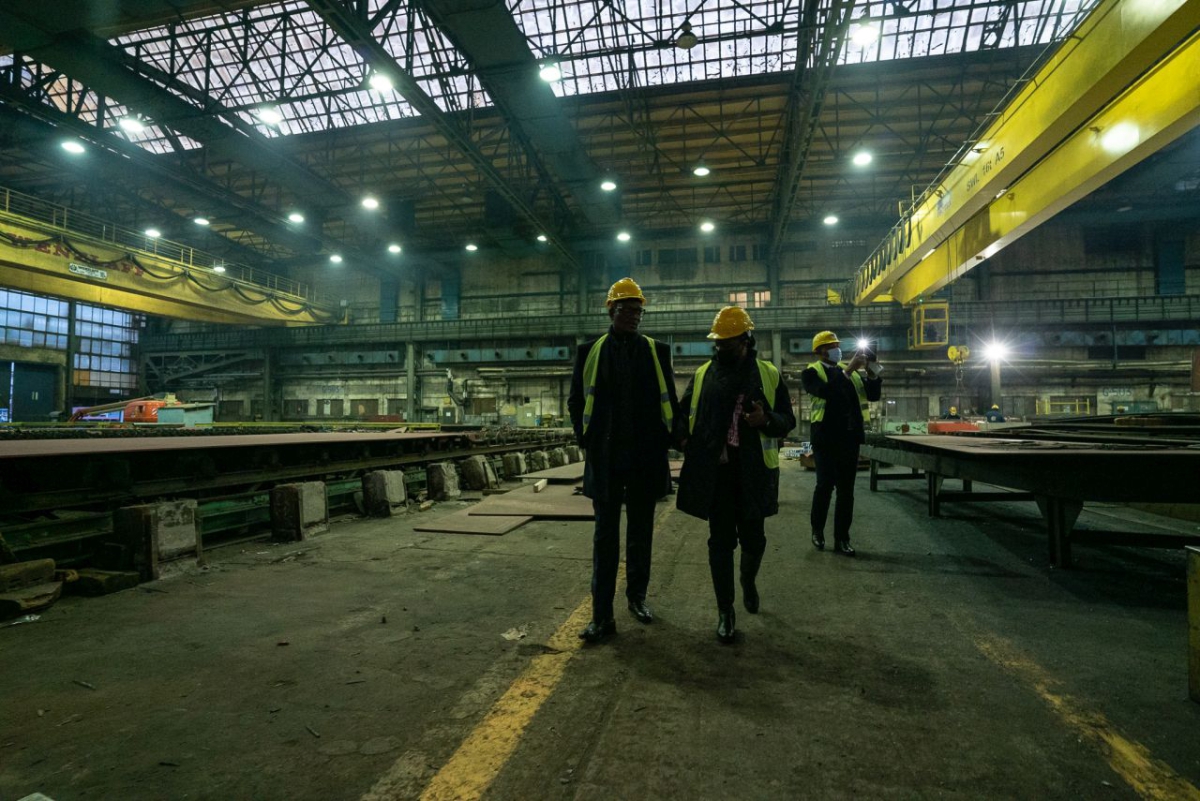 Shipyards
A delegation from the Democratic Republic of Congo visits Crist S.A. [VIDEO]

On Thursday, December 9, a delegation from the Democratic Republic of Congo arrived to the Crist S.A. shipyard. Guests from Africa wanted to know the possibilities of the Gdynia shipyard from the perspective of investments planned in their country, such as, for example, sea transport.

The group of over twenty people who visited Crist in Gdynia included representatives of both the government and the private sector, interested in potential cooperation with the shipyard. The contacts between Polish industry and business with DRC are mediated by Grain Power, that is involved in the Agropol program, which is to support joint economic programs in the field of agriculture. First, the guests listened to a presentation on the achievements and possibilities of the shipyard.

DRC wants to export by sea on its own

- We invited a specific group of guests from the Democratic Republic of Congo, which is directly related to the maritime industry in their country. We want to establish close cooperation in the construction of new vessels and exchange of experiences in this area. We want to expand our operations to new markets - said Jacek Milewski, Member of the Management Board, Financial Director of Stocznia Crist S.A. - Our guests came to Crist because of our reputation, due to the fact that we are noticed in the world, as can be seen also in African countries. 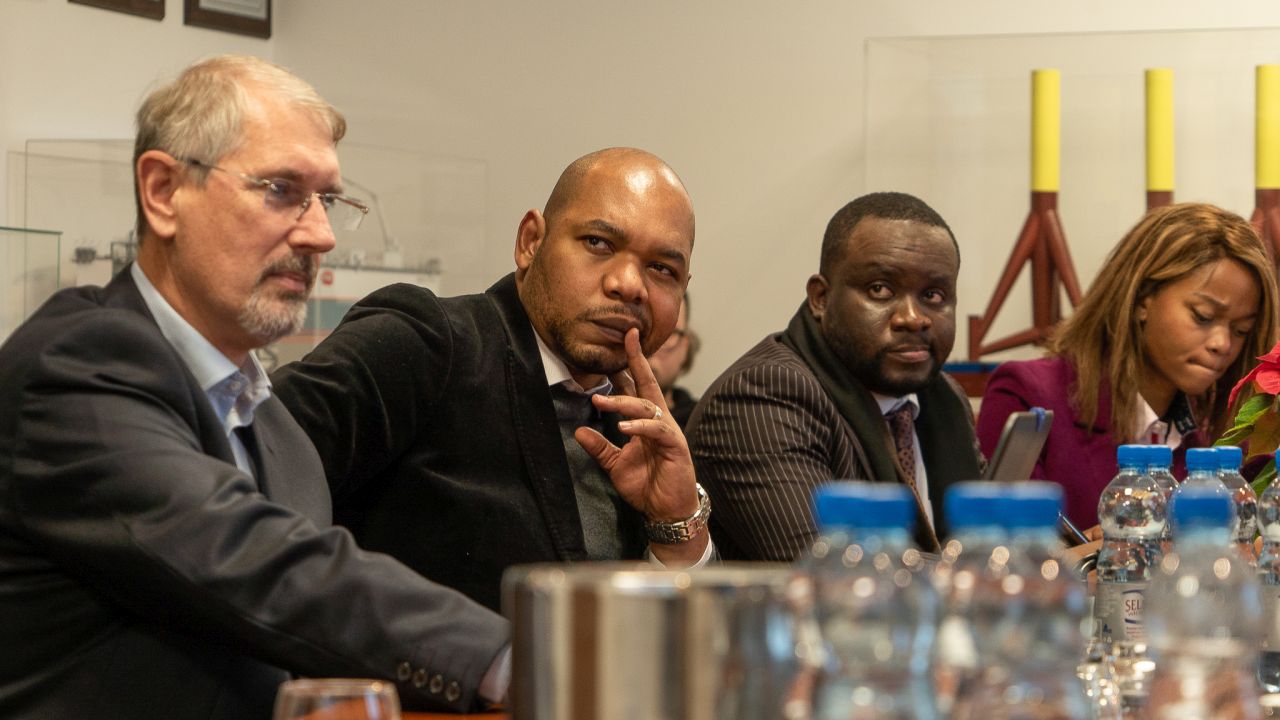 - The talks that took place today concerned cooperation between the Polish ship manufacturer Crist S.A. and a company interested in purchasing vessels to operate on the feeder line between the DRC and the feeder ports. The investor comes from Congo and South Africa, it is Company Union Holdings and its sister company Company Union Development - explained Jarosław Kurgan, Managing Director of Grain Power.

At the moment, the Democratic Republic of Congo has practically no sea connections with external ports - the only one in operation is the line from Pointe-Noire in the neighboring Congo. Kurgan explained that the project initially involves developing connections with Cape Town, Durban, and with Lagos. This is one of the key elements to increase exports of DRC products. In the longer term, it is planned to establish permanent lines to Europe, Singapore and Dubai. However, the DRC needs ships to do this, as the country is bypassed by major shipping lines.

- We are looking for four feeders vessels that are going to be moving from the major sea ports around the east African i west African coast directly to the Congo, and two bigger vessels, that are going to be bound one for the European route, and another one for the South Asian route via Dubai – told us Theophile E. Badoana, Managing Director of Africa Union Development.

Visitors from the Democratic Republic of Congo, after the presentation of the achievements and possibilities of the Crist Shipyard in the field of building multifunctional and prototype vessels, had the opportunity to visit the shipyard's production areas, where work on several projects is constantly being carried out simultanously.

Quality and punctuality without colonial history

As representatives of the DRC delegation said, their visit to Poland was caused by the search for partners who would be able to ensure both quality and timely delivery. 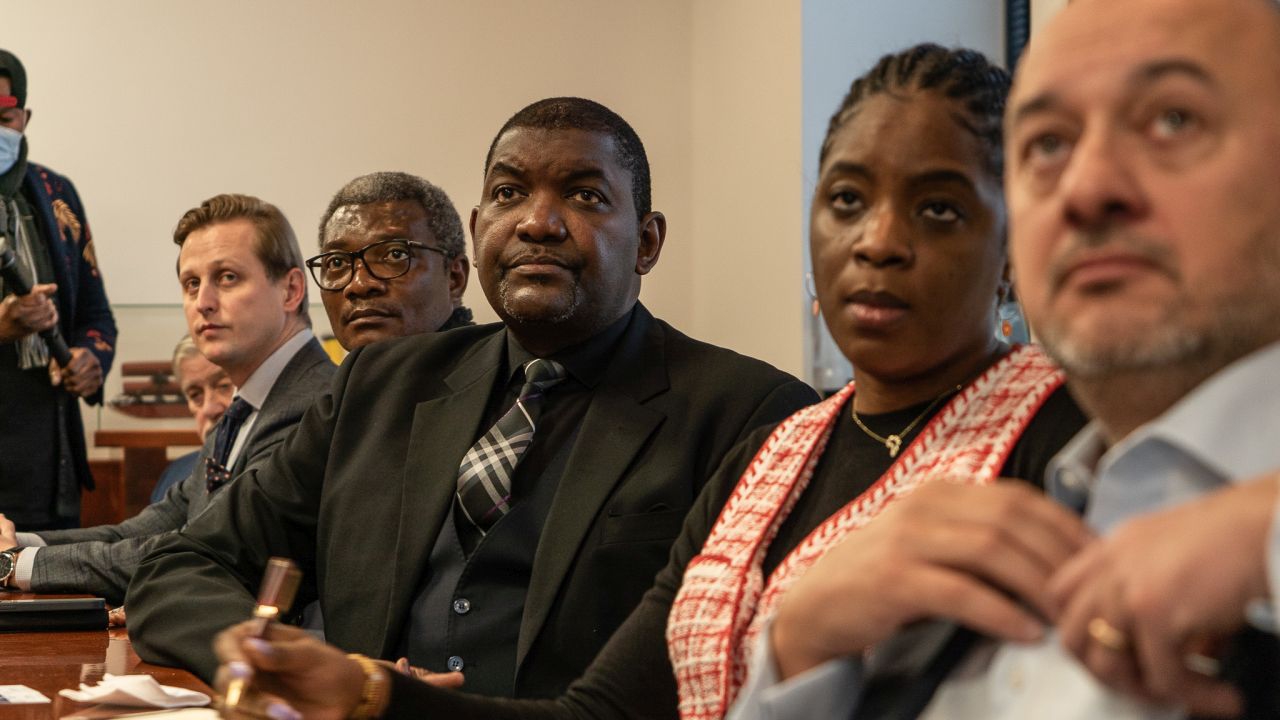 - African Union Holding was looking for quality and timely delivery of the vessels. We gave up the Chinese and Korean shipyards, which currently have queues, and turned to Polish producers from whom we can purchase ships a little faster. In search of quality, we came to the Crist and Remontowa shipyards. Crist, in particular, has recently become one of the most brilliant producer of sophisticated vessels in Europe - explained Jarosław Kurgan from Grain Power. The Managing Director of African Union Holding, Theophile E. Badoana, echoed him: - In Poland, we have the opportunity to find suppliers who will ensure not only quick execution of the order and precision in terms of technology, but also affordability. There is one more element. In Poland, we learned that human relationships are a privilege as much as money. We could have gone to Korea where we would just be another number providing an extra cash. In Poland, we found friends who provide us quality that's better than what we could have found in Korea. That's why we're here.

According to Badoana, the Democratic Republic of Congo is developing very rapidly. The Managing Director of African Union Development said that new business ties are constantly being created with partners who have no colonial history. -We can talk to them on an equal basis. This is a win-win relationship. We bring innovative ways of funding the project, and you bring technology transfer and ship capacity. 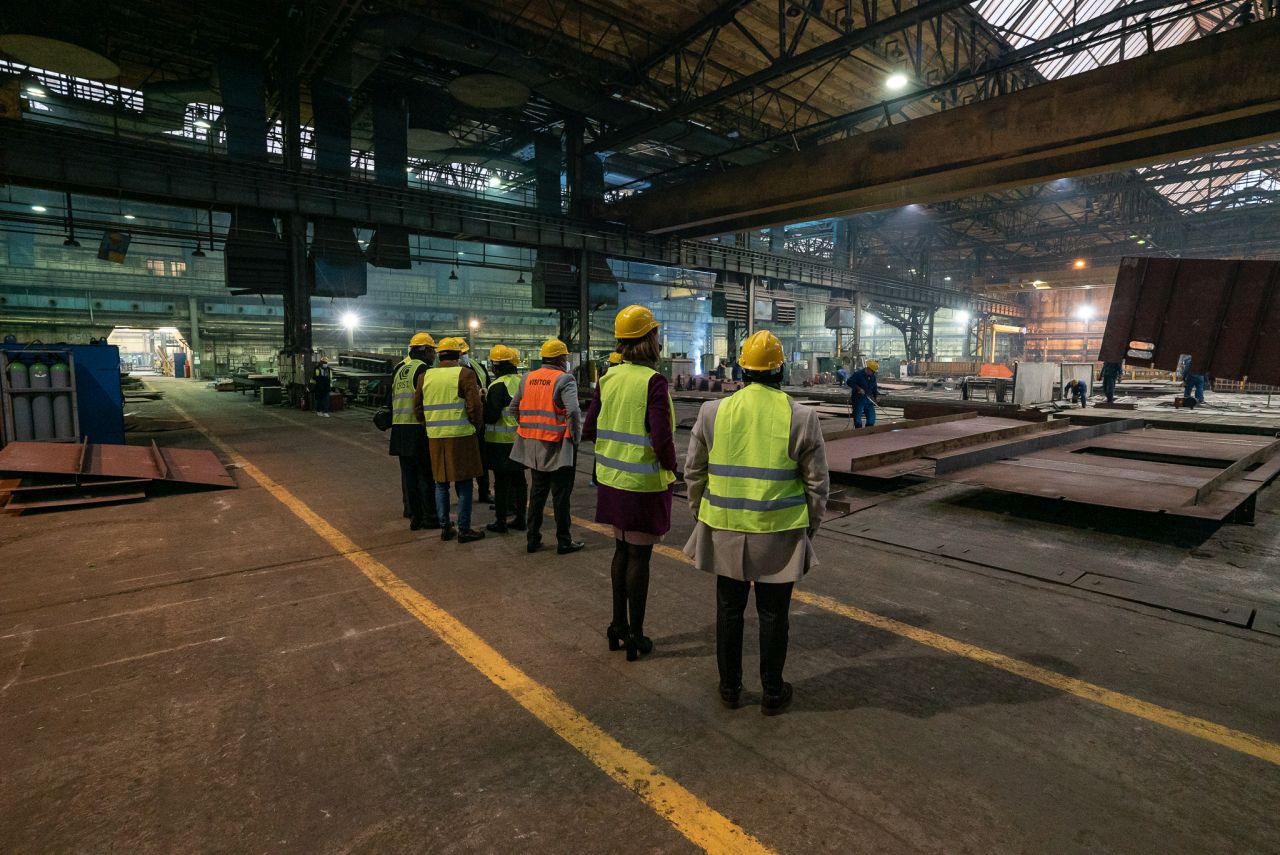 Crist is currently one of the most dynamically operating shipyards in Poland. It has developed vessels and hydrotechnical devices for the largest shipowners. As the only shipyard on the continent, its portfolio also includes three specialized vessels for setting up and servicing offshore wind farms. Crist can also boast of the construction of the jack-up ship Zourite, used to build the sea viaduct on the island of La Reunion, as well as the construction of the Marco Polo submersible dock - its task is to place the so-called "Caissons", i.e. reinforced concrete foundations, thanks to which the area of the Principality of Monaco will increase by about 6 hectares.

The Democratic Republic of Congo has three seaports, the most important of which is in Matadi. However, it is a river port located on the left bank of the Congo River, about 130 km from its mouth to the Atlantic. Vessels with a draft of up to 8 meters and up to about 150 meters in length can enter the port. A container terminal for ships with similar characteristics is also located in the Boma river port, approx. 100 km from the estuary to the ocean, however, it does not have adequate transhipment infrastructure, as is the shallow Banana port, located at the very mouth of the Congo River.

Most recent
Crist Shipyard is the winner of the Exporter of the Year to France competition
2021-11-29
Crist shipyard: cutting metal sheets for a specialized vessel for tunnel construction [PHOTOS]
2021-10-28
Three launchings in one day. Crist gives away more mega-blocks of a passenger ship - the largest that are being built in Europe [PHOTOS]
2021-11-15
Next hybrid ferry is being built at the CRIST shipyard
2021-06-14
SHOW MORE
Meet innovative companies from Poland
SHOW