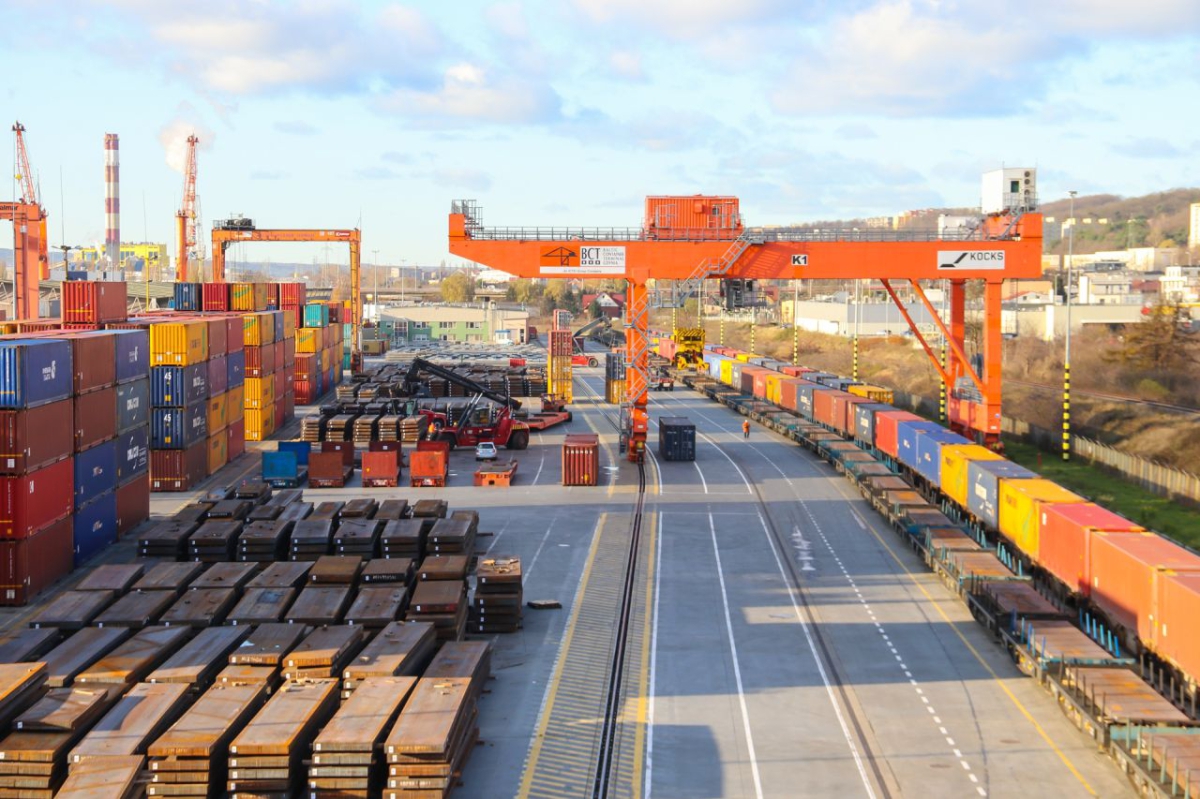 The Baltic Container Terminal, operating at the Port of Gdynia, announced this year's handling results.

Handling numbers at BCT are systematically growing, and the terminal itself is enriched with new possibilities. Just a few days ago, the largest ship in the history of the Port of Gdynia - Cape Akritas, with a capacity of 11,037 TEU, 330 meters long and 48 meters wide - arrived at the terminal. In turn, at the end of September, another record-breaking vessel, MSC Ellen, was hosted at the terminal, which, thanks to its length of 347 meters, equaled the record of the largest vessel that appeared at the Gdynia port.

BCT also takes care of the development of reloading from the land side. There is a special INCOS system operating in the terminal, which improves the service of intermodal trains.

The coming months may be groundbreaking for BCT. In November, the Port of Gdynia received offers in a tender for a new operator of the areas that are currently occupied, among others, by by BCT. One of the bidders is the current terminal operator, International Container Terminal Services Inc, and the other is Gdynia Container Terminal Sp. z o.o., which currently operates the second of the container terminals in Gdynia - GCT. The areas included in the tender are not only the territory of the current terminal. The tender concerns the lease of land with an area of ​​66 thousand square meters, which is almost 1/3 more than the BCT currently occupies. Ultimately, it will continue to house a container reloading terminal, as well as elements of offshore wind farms. It is part of the temporary installation port. The Port of Gdynia Authority announced that the final offer should be selected by the end of January 2022. However, port representatives made a reservation that this date may change depending on the content of the offers and the course of negotiations.

Most recent
INCOS, or how BCT makes it easier to work with trains [VIDEO]
2021-12-13
Record at the Port of Gdynia. BCT terminal has exceeded 500,000 TEU of annual reloading (photo, video)
2019-12-23
OOCL APPOINTS BCT AS ITS CONTAINER TERMINAL
2010-06-19
The Port of Gdynia electrified the railway line in the western part [VIDEO, PHOTOS]
2021-10-25
SHOW MORE
Meet innovative companies from Poland
SHOW