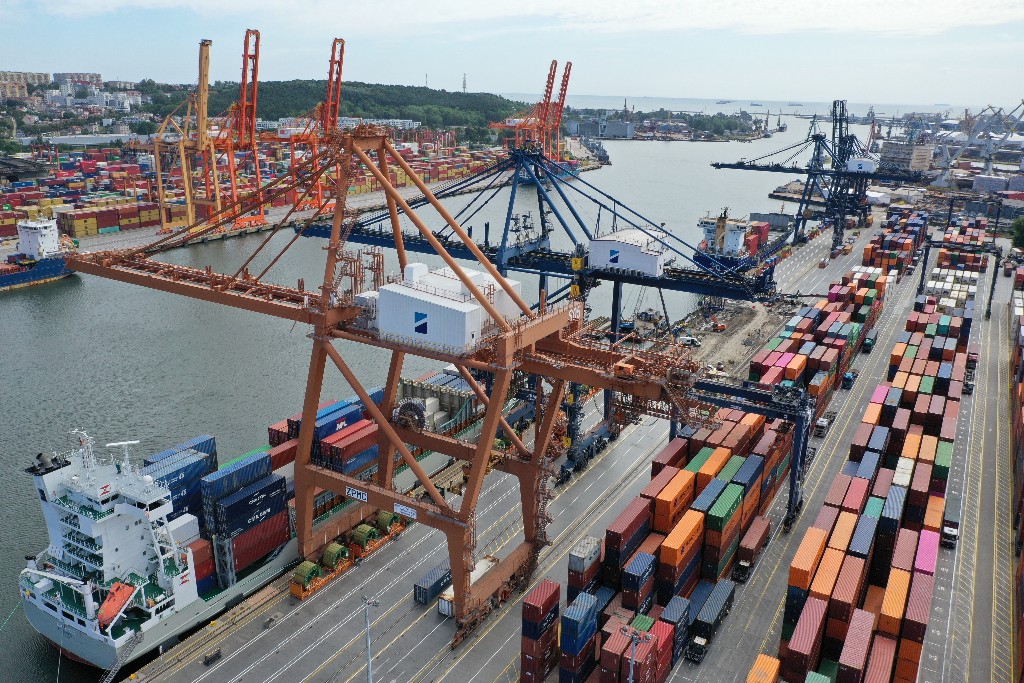 Gdynia Container Terminal will soon use the modernized Bulgarian quay.

At the GCT terminal belonging to Hutchison Ports Gdynia, the modernization of the Bulgarian quay has been completed. The Budimex company, which was the main contractor, was to rebuild 84.60 meters of the quay with a mooring and fender line. An important part of the work was the deepening of the pool to 15 meters. Thanks to this, from January, on the modernized quay, GCT will be able to handle the largest ships that can enter the Gdynia port, i.e. 367 meters long. For this, an extended track was also needed for the Post-Panamax class cranes working in the terminal.

Reloading at the GCT Hutchison Ports Gdynia terminal is steadily increasing, and the terminal itself is breaking its own records. In mid-November, GCT reloaded the largest batch of general cargo in its history - over 33,822 tons of steel plates were unloaded from mv Pegasus within three days. This operation was also proof that the terminal, which focuses on container handling, also successfully handles general cargo.

GCT also counts on development, not only in terms of the amount of transhipped goods. The company is one of the bidders applying for the role of a new operator of the areas where another container terminal at the Port of Gdynia – BCT is currently located. The tender concerns the lease of land with an area of 66 thousand square meters, which is almost 1/3 more than the BCT currently occupies. Ultimately, it will continue to house a container reloading terminal, as well as elements of offshore wind farms. It is part of the temporary installation terminal for offshore wind farms. GCT's competitor in the tender is International Container Terminal Services, which is the current operator of BCT.

Most recent
GCT in the Port of Gdynia. A terminal with a lot to offer in the Polish offshore game
2021-11-12
Port of Gdynia: bids in the tender for the operator of the OWF and container terminal
2021-11-15
INCOS, or how BCT makes it easier to work with trains [VIDEO]
2021-12-13
The Port of Gdynia electrified the railway line in the western part [VIDEO, PHOTOS]
2021-10-25
SHOW MORE
Meet innovative companies from Poland
SHOW