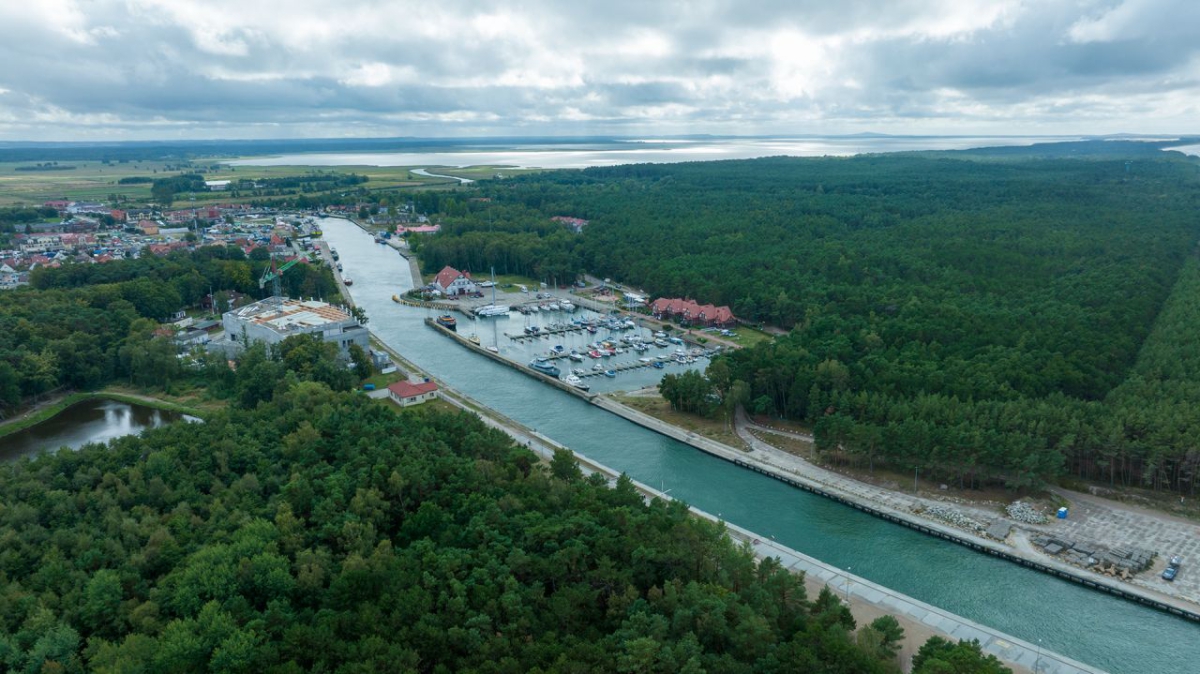 Summer is a key period for the Łeba Yacht Harbor's coffers. The revenue raised during this time determines the amount of the budget for the entire following year.

„We focus primarily on tourism and related gastronomy. We rent out rooms and apartments, and we have a camping site," says Jan Biernacki, president of the Łeba Yacht Harbor, adding that all these attractions were more popular in the passing season than expected.

This makes it all the more pleasing that the Port of Łeba ends the season on a high note. All the more so because the forecasts for tourism this season were not kind. Some even spoke of income being reduced by as much as 30 percent.

„This was the first season in three years without pandemic restrictions. We feared that tourists would not come to Łeba, choosing foreign destinations and fearing the ongoing war across the eastern border," says the president.


During the vacations, the City of Łeba organized a whole host of events on the marina grounds, with the participation of well-known and well-liked stars of the Polish scene. It was here that unforgettable concerts were given by Organek, Varius Manx or Lemon, which attracted crowds. Due to the uniqueness of the place and the harbor atmosphere, the events made an incredible impression.

The beginning of the season in Łeba was also associated with the deepening of the port basin. Thanks to this investment it was possible to eliminate, among other things, dangerous shallowings.

„The dredging was necessary to ensure safe navigation. Now vessels with a draft of up to three meters can enter our port. This, in turn, has affected more traffic," stresses President Biernacki.
The second phase of this investment is about to begin.

As we have learned, a sailing club for children is likely to start in the city. The pretext for this is supposed to be, among other things, the ongoing sailing education project, which is being organized by an elementary school in Łeba.

„We cooperate closely, support the training and hope to return to the already famous sailing traditions in our city," he concludes.

Most recent
[INTERVIEW] Łeba is waiting for offshore. President of the Yacht Port: "We are opening a new chapter"
2022-02-06
Orlen will lease land for the service center of offshore wind farms in Łeba
2022-01-18
Port of Gdańsk. Drones that will take care of the water quality have passed the tests
2022-07-21
Polish yachts acknowledged in the US. More boats are sent from Port Gdansk to travel across the Atlantic
2022-07-28
SHOW MORE
Meet innovative companies from Poland
SHOW