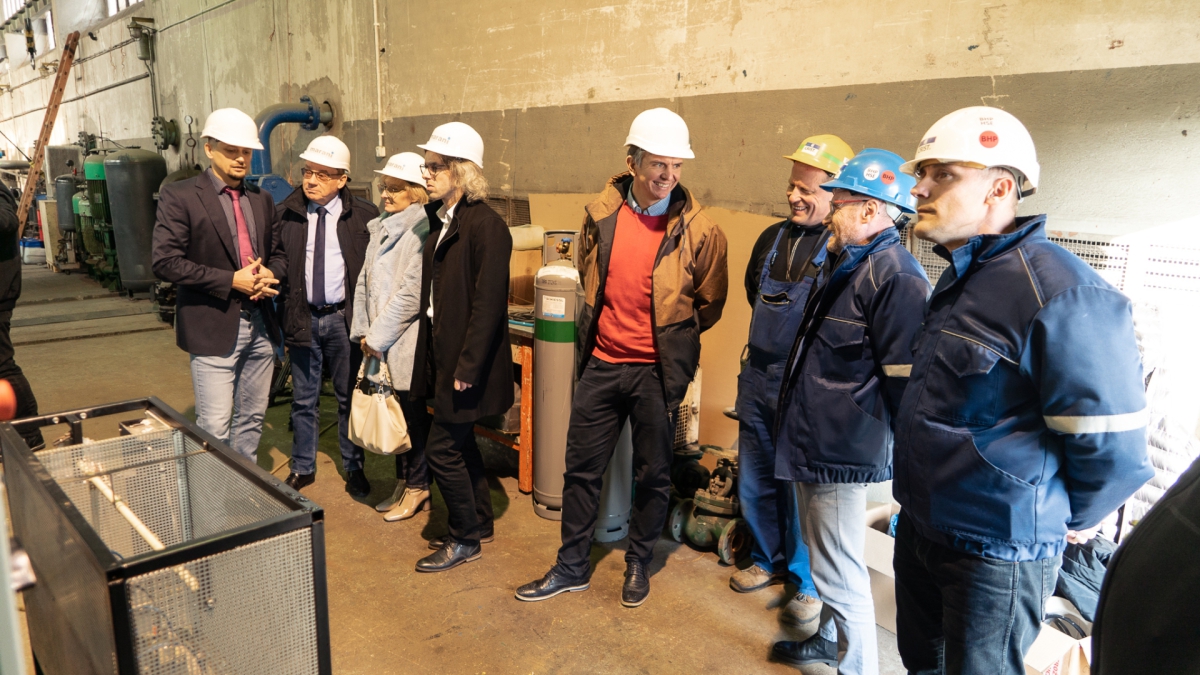 Shipyards
Marani. The first Polish solution for generating electricity from waste heat - ORC micro power plant with a capacity of up to 10 kWe [VIDEO]

The Marani company is testing the first small power plant at the Crist Shipyard in Gdynia. It is a unique project on a European scale due to the acquisition of ecological energy.

The originator of the solution is the Marani company from Zabrze, which also has a branch in the Tri-City.

- This is an innovation on a European scale, which we implement together with the Institute of Fluid-Flow Machinery in Gdańsk. The prototype ORC micro power plant with a capacity of up to 10 kWe is a zero-emission solution, i.e. it generates electricity without CO2 emissions, is a closed-loop economy technology (energy recycling) and is on the list of priority sectors of the economy of modern energy technologies, according to the list of the Ministry of Development, Labor and Technology. There is great potential in this solution - emphasizes Marek Madej, President of the Management Board of Marani.

- Our solution is dedicated to heating plants or geothermal energy, because it generates electricity from waste heat in the form of hot water, low-temperature steam, as well as heat coming from the ground.

- We are talking about a kind of miniaturized combined heat and power plant, in which we have the so-called Organic Rankine Cycle - ORC. It is there that we generate steam, which is then directed to the turbine that drives the generator. Thanks to Marani's idea, we generate electricity, which is a much more noble form of energy than this thermal energy - explains Dr. Piotr Klonowicz, Institute of Fluid-Flow Machinery, Polish Academy of Sciences.

According to the scientist, similar systems should be produced in Poland on the basis of Polish technical thought. - There are several companies in the world that do something similar. Joining such an exclusive group would bring many benefits - Dr. Klonowicz expresses the hope.

The Marani project is co-financed by the National Center for Research and Development (NCBR), which is a key center for supporting and creating innovative technological and social solutions.

The company has been operating on the compressed air market for over 20 years as a compressor manufacturer.

- The heat that is generated when compressors work is waste heat, and we decided to use it - says Robert Roszkowski, director of the Marani branch in Gdańsk.

Cooperation with the Crist shipyard

Crist Shipyard is an example of the use of this modern technology.

- In the hall there is our compressor and two devices that recover heat from the it in two directions, and the heat carrier is oil - explains director Roszkowski.

What is particularly noteworthy in Marani's idea, the energy obtained is clean and ecological. It is produced without CO2 emissions.

- There is a lot of talk in the world about green energy. We do not only talk, but also implement specific solutions - he emphasizes.

Let us add that heat recovery is used for the benefit of the shipyard - for heating the utility water of the Crist Shipyard, and for our ORC energy generation device.

- The resulting dualism, i.e. the ORC system and heat recovery for domestic water heating, is probably the first such application from on the east side of the Oder River. We are glad that our engineers have developed such solutions - concludes Robert Roszkowski.

The meeting at the Crist shipyard was attended by representatives of the National Fund for Environmental Protection and Water Management.

Project co-financed by the European Union from the European Regional Development Fund, under the Smart Growth Operational Program 2014-2020, Priority Axis I: "Support for R&D work by enterprises", Measure 1.1 "R&D projects of enterprises", Sub-measure 1.1. 1 "Industrial research and development works carried out by enterprises". The project is carried out as part of the competition of the National Center for Research and Development: Competition 1 / 1.1.1 / 2016 - "Fast track" of SMEs.

Most recent
Crist Shipyard is the winner of the Exporter of the Year to France competition
2021-11-29
Crist shipyard: cutting metal sheets for a specialized vessel for tunnel construction [PHOTOS]
2021-10-28
Three launchings in one day. Crist gives away more mega-blocks of a passenger ship - the largest that are being built in Europe [PHOTOS]
2021-11-15
Next hybrid ferry is being built at the CRIST shipyard
2021-06-14
SHOW MORE
Meet innovative companies from Poland
SHOW