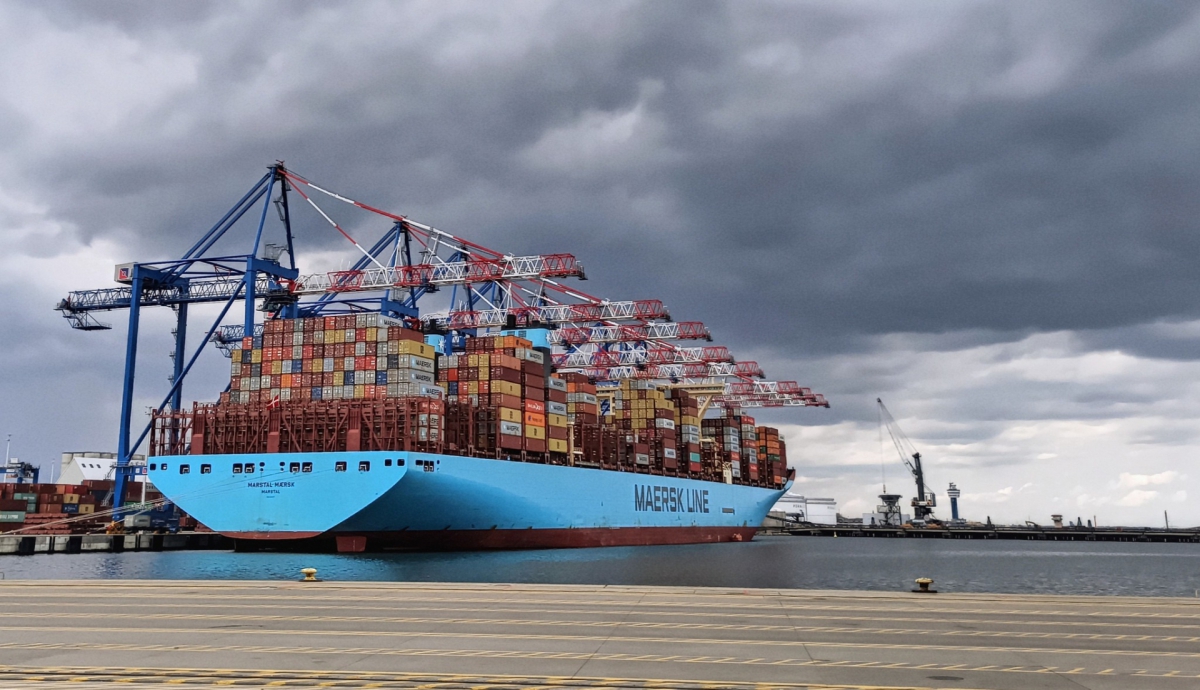 DCT Gdansk, the largest container terminal in the Baltic Sea, announced on Tuesday 21 June that it handled as many as 21,371 TEUs (20-foot containers) per vessel at the end of May.

This means that the previous record from September 2019 has been broken by more than 1000 TEUs.

"We recorded this historic result on board the Marstal Maersk vessel" - boasted DCT Gdansk on social media, while thanking the team of employees and customers who contributed to this success.

DCT Gdansk is the largest and fastest growing container terminal in Poland and the only deepwater terminal in the Baltic region with direct calls from the Far East. DCT is located in the heart of the Baltic Sea in the Port of Gdansk and is the most easterly terminal within the Gdansk - Le Havre port range.

DCT was the first terminal on the Baltic Sea with direct calls from Asia and today is the destination of the largest vessels in the world departing from China, Korea and other Asian countries.