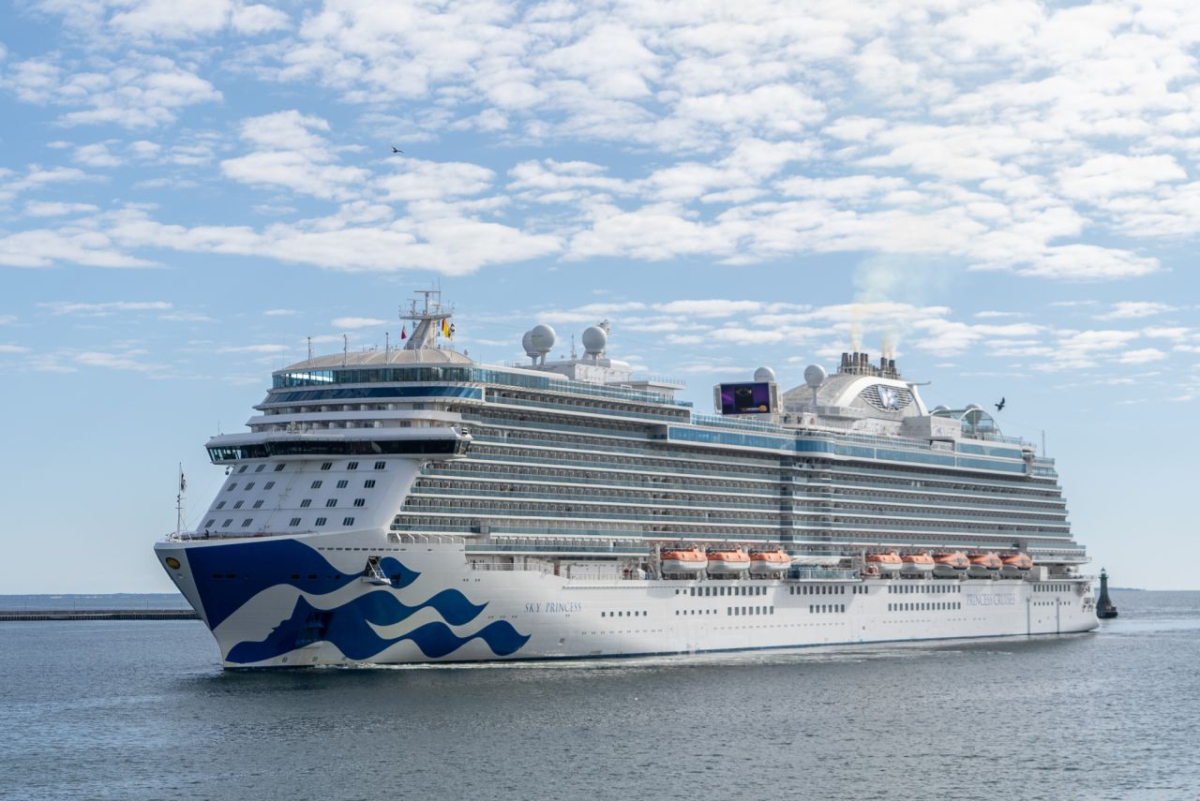 Seaports, Shipping, Logistics
[VIDEO] A record-breaking cruise ship in the Port of Gdynia

Two days after the start of the cruise ship season in the Port of Gdynia, a record was set – the longest vessel of this type that has ever arrived in Gdynia called at the port.

Sky Princess cruise ship which appeared before 9:00 at Francuskie Quay in the Port of Gdynia is 329.81 meters long. The previous record in this respect belonged to Norwegian Gateway, which was 325.7 meters long. Sky Princess is therefore a little over 4 metres longer. Interestingly, according to Jakub Koczara, head of the commercial department of the Port of Gdynia Authority, the previous record-holder, Norwegian Gateway, will also appear in Gdynia soon – it will call at the port next week. 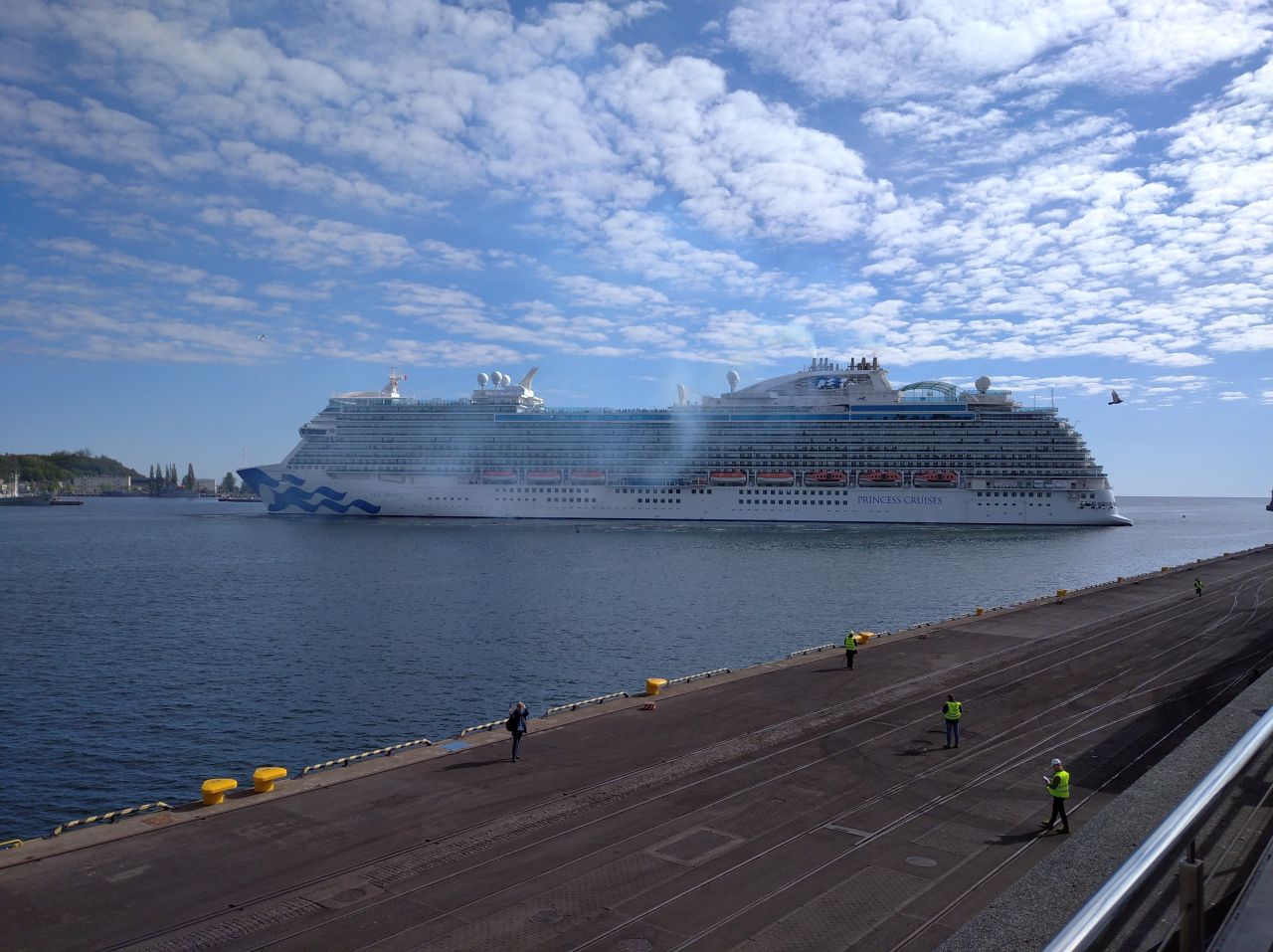 Sky Princess is a relatively new vessel. The cruise ship set sail from the Fincantieri shipyard in Italy, known for producing such vessels, in 2019. It has since sailed under the colors of Princess Cruises, under the flag of Bermuda. It takes about 3,600 passengers on board, cared for by about 1,300 crew members. Guests have 1780 cabins at their disposal, the vast majority of which are cabins with a balcony. From the observation deck in the Emigration Museum in Gdynia, located just by the French Quay, the viewers watching Sky Princess entering the port could also see a cinema screen and swimming pools. There are also other facilities on the ship, including courts and playgrounds, art galleries, fountains and a spa. This luxury cruiser will be seen in Gdynia twice more this season – the ship is also scheduled to appear on 20 July and 6 September.

This year's cruise season promises to be attractive in both Tri-City ports. After a significant slowdown in the number of cruiser calls due to the pandemic, in 2022 the statistics should return to the pre-pandemic area and even surpass it. This is influenced by Russia's aggression in Ukraine – cruise lines have withdrawn from visiting Russian ports on the Baltic Sea. In their place, ports in Gdynia and Gdansk appeared in the tour schedules. Thus, according to current forecasts, 39 cruise ships will call at Gdynia a total of about 79 times this year. For comparison, in the last pre-pandemic season, i.e. in 2019, there were 54 calls. 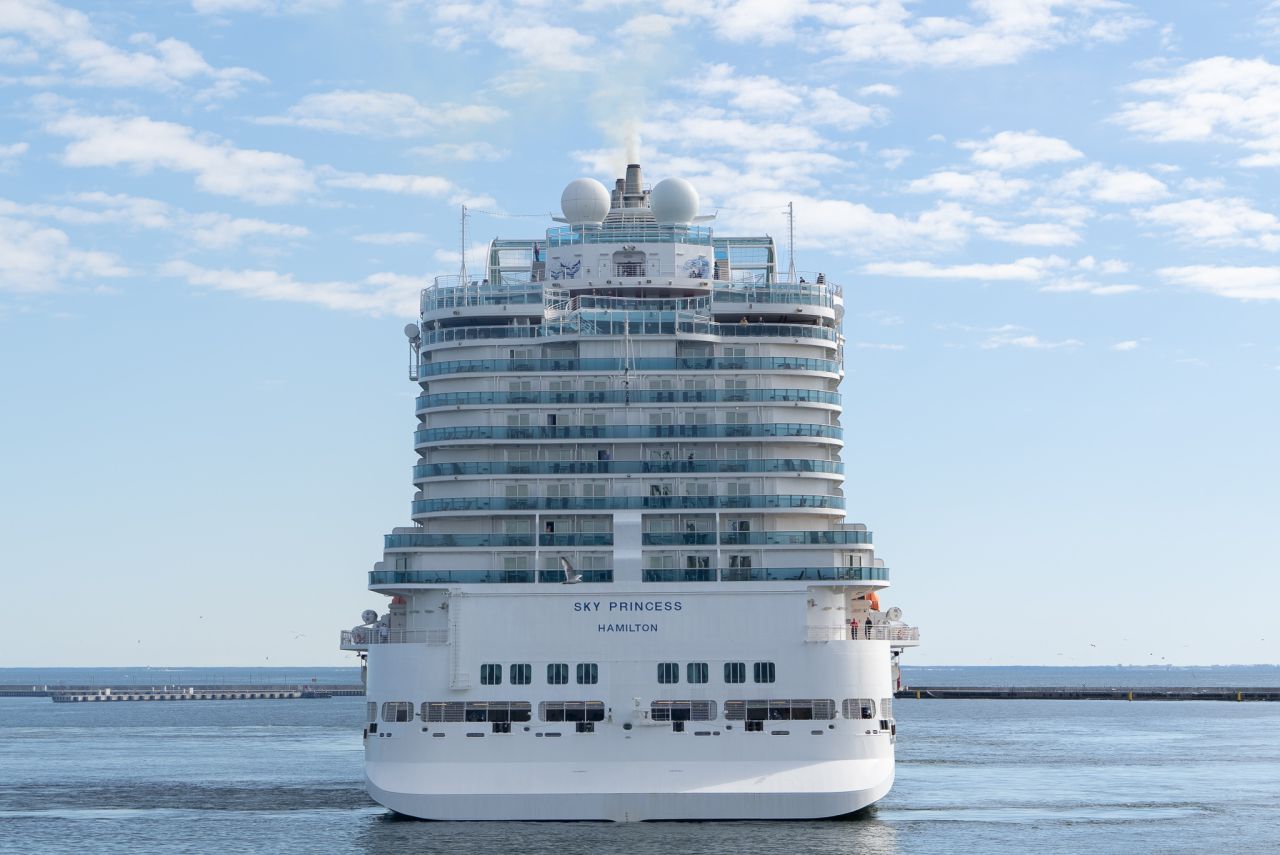 Numerous cruise ship visits to Gdynia mean profits for the city and the region. Sky Princess passengers had the opportunity to visit Gdynia, Gdansk and the Malbork castle. It is difficult to predict exactly how many passengers in total will appear on the cruisers' decks during the season, which is still influenced by the pandemic restrictions and various regulations in force on board the ships of different lines. However, each visit to such a ship brings tangible financial benefits.

– A study conducted some time ago showed that each passenger going ashore leaves 80 euros on the spot. If we multiply it by thousands of passengers during the whole season, we have a specific amount that is spent here in the region for the benefit of local business – says Jakub Koczara, manager of the commercial department of the Port of Gdynia Authority.