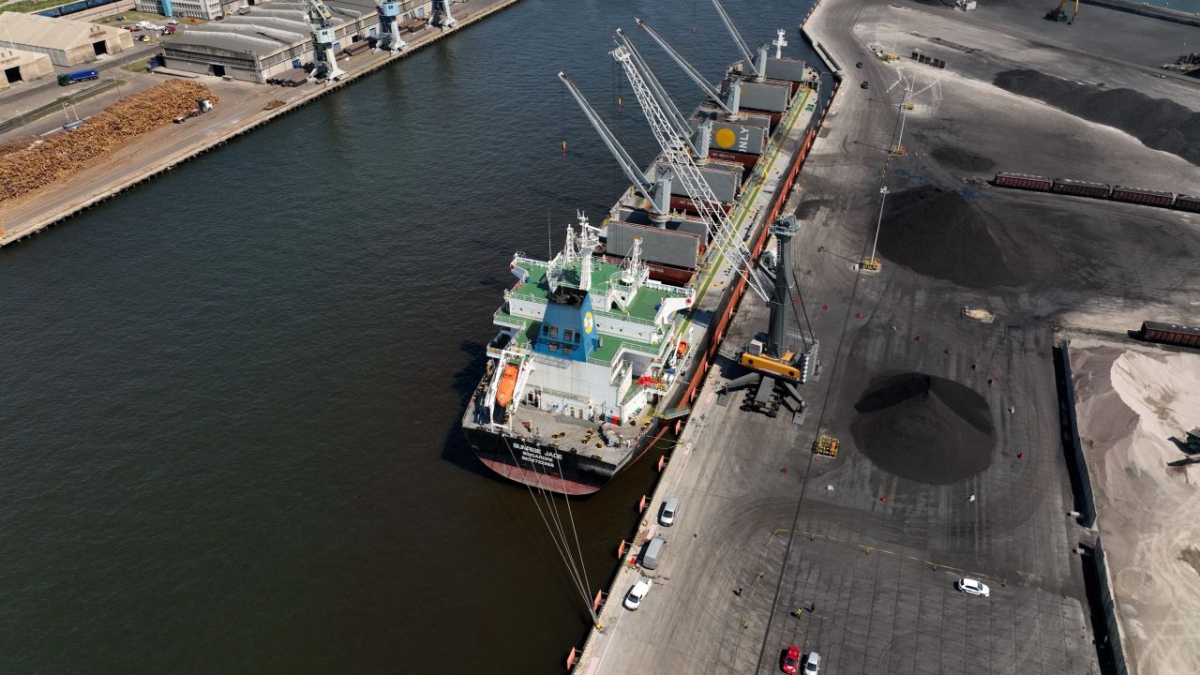 The construction of 5 kilometers of new quays and the modernization of over 7 kilometers of the fairway in the Inner Port in Gdańsk is one of the most important investments at the Port of Gdańsk in recent years. It allows for a significant increase in the port's handling capacity.

The conference officially crowning the project "Modernization of the fairway, expansion of quays and improvement of navigation conditions in the Inner Port" was held on June 27 at the new Dworzec Drzewny quay. By pure coincidence, right next to it, on the same quay, the bulk carrier Sunrise Jade with a cargo of Colombian coal was unloading.

The project, which started in 2016, has involved a total of nine quays, some of which have been rebuilt, others refurbished and others built from scratch. The works were carried out on the Oliwskie, Ziółkowski, Obrońców Poczty Polskiej and Mew, Zbożowe, Wisłoujście, Dworzec Drzewny, and parts of the Wiślane, Szczeciński and BON quays. The above-mentioned Dworzec Drzewny quay has been out of use for years. Currently, it can handle the largest vessels that can enter the Inner Port. The Sunrise Jade, which at that time was mooring at the quay, is a 200-meter-long bulk carrier. The new Dworzec Drzewny quay is leased by Port Gdański Eksploatacja S.A.

Thanks to the project, the Port of Gdańsk gained 7 hectares of new surface, but not every quay was enlarged. About 5.5 thousand square meters of the Zbożowe Quay has been given to the sea to ensure safe navigation in the port channel.

As the president of the Port of Gdańsk, Łukasz Greinke mentioned during the conference, the entire investment took place during the normal operation of the port, and transshipments was not stopped even for a minute. Marek Gróbarczyk, Undersecretary of State in the Ministry of Infrastructure, also enjoyed the opening of new quays.

- We are talking about large investments in the Outer Port, the Northern Port, but what is also important is what happens in the Inner Port, which has large limitations and is underinvested. Today we have obtained over 5 kilometers of new quays, which - I will say colloquially - will be cluttered with coal and other bulk goods. We are ready to accept many millions of tons of goods in response to the global situation - Deputy Minister Marek Gróbarczyk told the Maritime Economy.

- This investment, on which we are now, i.e. the Dworzec Drzewny quay, is in fact a fishing rod in the hands of our port operators, who with their subsequent investments in the port superstructure - mainly handling devices - contribute to increasing the port's handling potential - commented the president of the Port of Gdańsk Authority Łukasz Greinke. 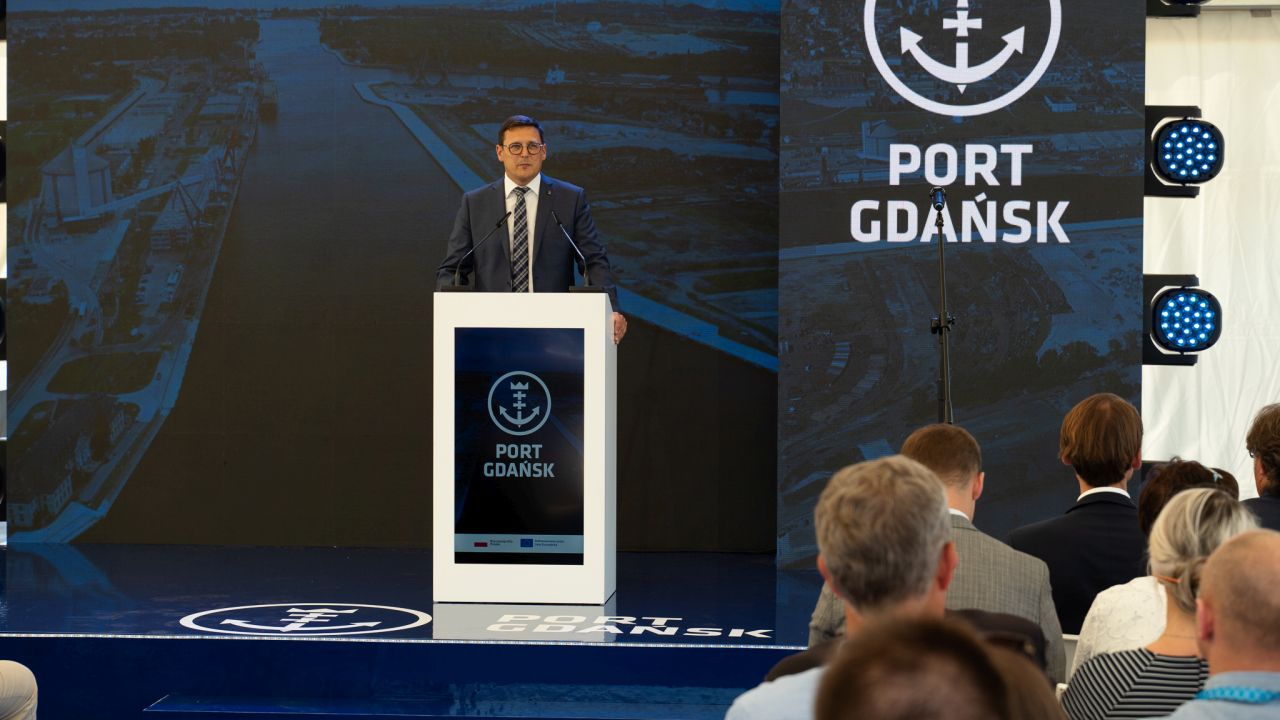 Greinke added that an important element of the investment is also the purchase of a Liebherr 550 mobile loading crane, which is capable of reloading 15,000 tons of cargo per day.

- If we multiply it by 365 days, we can see by how many tons the potential of the Port of Gdańsk increases by building such a quay and purchasing a reloading crane - said Greinke.

The work was carried out by a total of nine general contractors, and diving and sapper teams also participated in them.

- During the works, over 5.5 thousand piles with a total length of 115 kilometers were installed. It is also worth noting that over a million cubic meters of material were excavated from the bottom of the canal in order to achieve the planned depths. A very interesting value is the length of the cables, because it is over 37 kilometers - says Lech Paszkowski, director of the Development and Investments Department of the Port of Gdansk. - During the works, 60 hazardous objects were excavated and transferred for disposal. They were ammunition, mortar shells, grenades... - Paszkowski is enumerating.

The total cost of the investment is over PLN 595 million. 85 percent comes from European funds under the CEF ("Connecting Europe Facility").

- Port investments are very expensive. We, as the port management, do not carry out transshipments, but are only the infrastructure manager, we do not have enough income to be able to finance this type of investment, which then works for several dozen years. Supporting financial instruments such as CEF is a gigantic opportunity. Considering that the involvement of European funds is at the level of 85 percent, we can implement many more investments than if we were to implement them only with our own funds - explained President Łukasz Greinke.

The completion of the investment does not mean that nothing will happen in the near future at the Port of Gdańsk. President Greinke announces that further investments related to the construction of quays will be implemented.

- These will be the Bytomskie, Rudowe, Wiślane and Węglowe quays. These are investments whose value is estimated at over PLN 600 million. But what is most important from our point of view is the fact that after the completion of the investment, all quays in the Inner Port will be state-of-the-art, our operators will have ideal conditions to handle the largest ships that can enter our port - concludes Greinke.